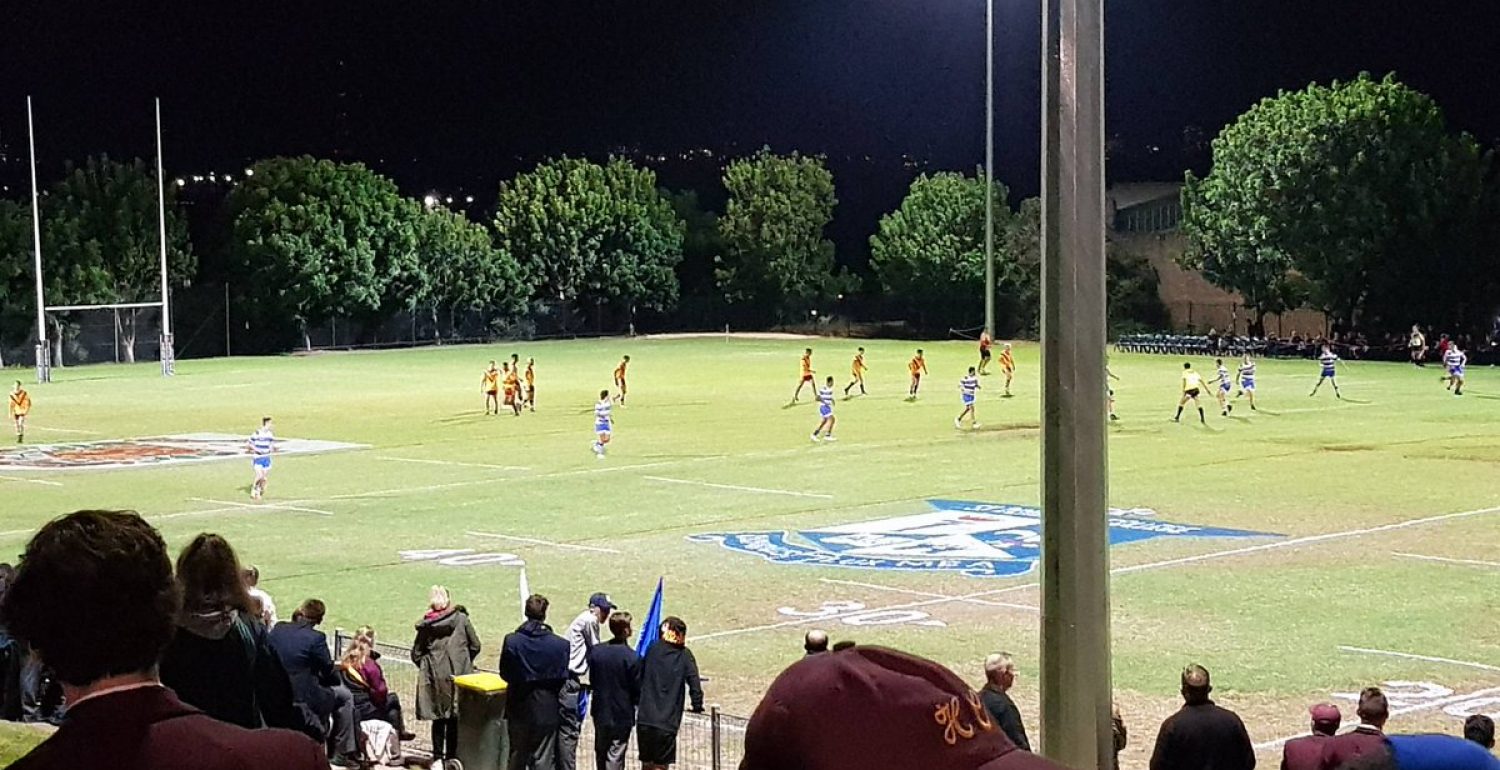 St Dominic’s College 1st Grade Rugby League team played their first-round competition game against Holy Cross Ryde in the Australian Schoolboys Rugby League Competition on Tuesday night, 15th May. The squad went into this match very confident, with winning all MCS Rugby League matches at this stage of the season. We have battled Holy Cross Ryde in the MCS and Australian Schoolboys Competition in the past and knew that it would be a hard-fought game. We arrived at Holy Cross and were amazed to see so many supporters for both teams at the game, which inspired our boys to put their best efforts forward.

We started the game with a couple of unforced errors, which allowed Holy Cross to gain an early lead of 10 nil in the first 15 minutes of the match. A great try in the corner by Mitchell Scheithe saw the St Dom’s boys come back and go set to set against a strong Holy Cross team. Unfortunately, a couple of unforced errors in the last 5 minutes of the first half, allowed Holy Cross to have a 22 – 4 lead at half time. The boys regrouped at half time, with some encouraging words of advice from Mr MacKinnon and Mr Peake. The St Dom’s boys fought back in the second half, but still went down 32-14. The boys are to be commended for their attitude and great efforts shown throughout the match, while representing St Dominic’s College. A special mention to all the supporters who travelled to Holy Cross to support us on the night, we thank you for your continuing support.