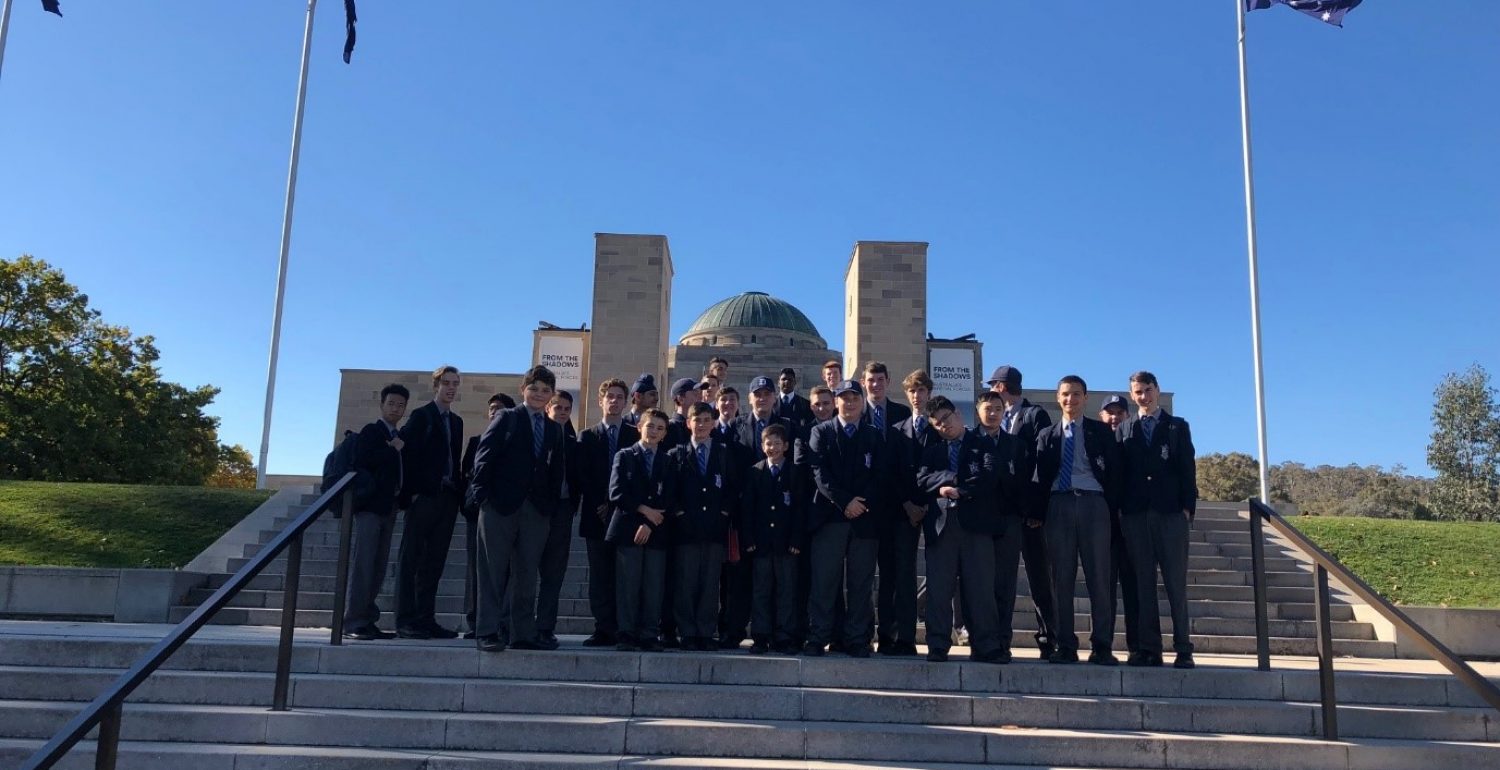 On Monday the 7th May the Year 10 Elective History class and the ANZAC competition winners were given the opportunity to travel to the Canberra War Memorial with Mr Lawson and Ms Atkinson.

Below is Harry Bain’s (Year 10) overview of the day.

It was 5:45am when I woke up and headed to school for an exciting 3.5 hr bus trip to the Australian war memorial. The bus trip was fun and quick. Once we arrived we stopped for some morning tea, and hot chocolate to help with the Canberra chill.

Inside the memorial we were first shown a clip on the importance of the memorial and its role in preserving Australia’s military history. We were then given a guided tour of the World War 1 exhibit.

We were shown several significant artefacts and heard stories regarding the experiences of ANZACs throughout the Gallipoli campaign. It was really inspiring to hear stories of comradery, mateship, and resilience. To be able to experience and truly understand the ANZAC spirit really is invaluable.

After the tour we were given the opportunity to discover the rest of the memorial. We explored several sections including WW2, Korea and Vietnam. The hall of valour was a highlight, which included Victoria Cross recipients from all conflicts Australia has been involved in.

We arrived back at school at 6pm, tired but very grateful for the opportunity.

We would like to thank Mr Lawson and Ms Atkinson for taking us.