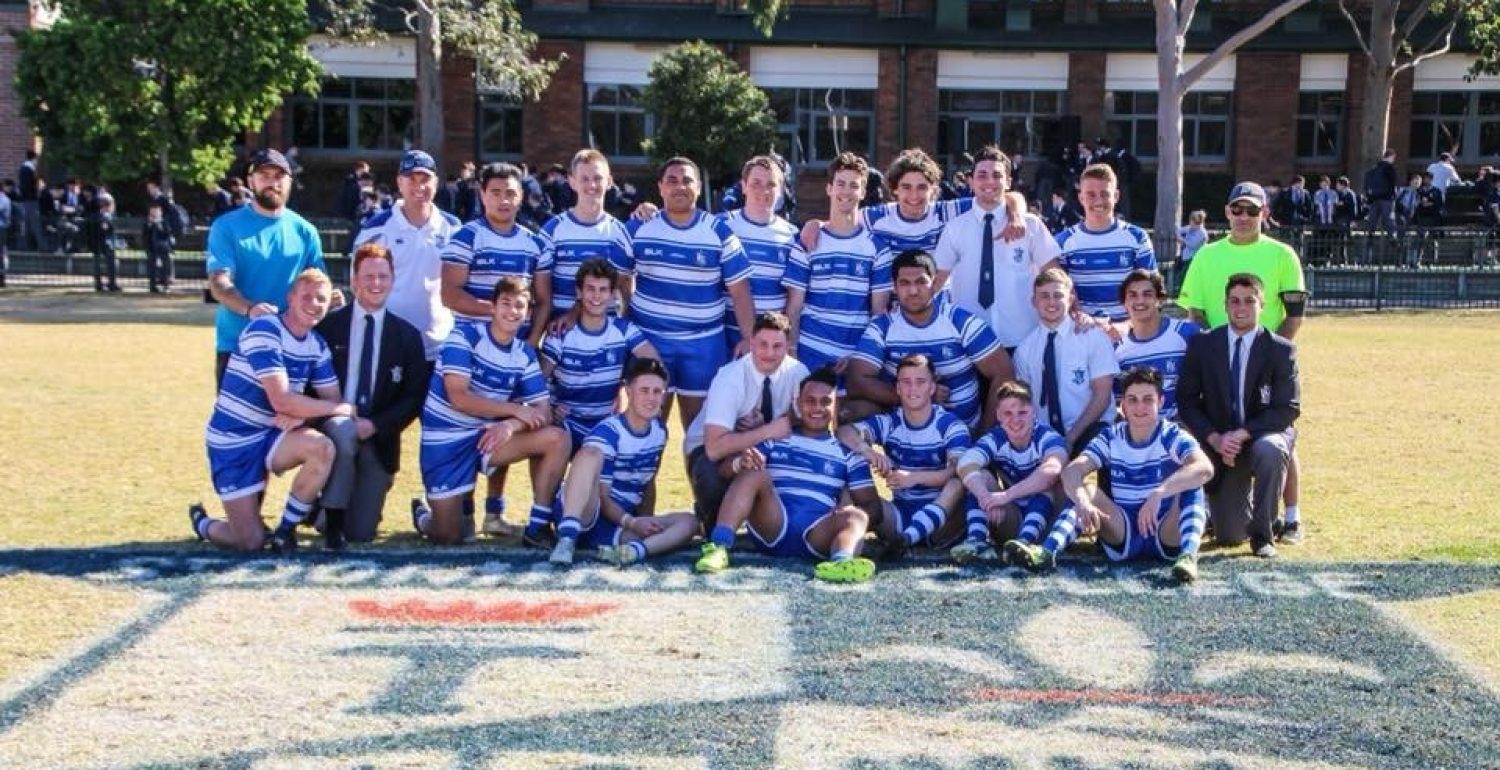 Term 3 has commenced in the same fashion that Term 2 was concluded; with a whole heap of sport and a great deal of success to report. In the opening five weeks of the Term, students have represented our College in the NSW Elite All Schools Rugby League Carnival, NRL School Boys Cup Rugby League, Giants Cup AFL, MCS Touch Football, MCS AFL, MCS Golf and Athletics. The ability to represent and be considered as such a dominant School in a multitude of sports is an absolute credit to the staff and students at the College. Time and time again, staff and students will regularly give their own time to trial, train and prepare for these competitions. It is outstanding to see not only positive results on the track, course or field, but to see the way students from our College conduct themselves in victory or defeat. We can be proud in the way that students will thank oppositions for matches, encourage each other and demonstrate sportsmanship. I encourage our students to continue to show the characteristics that make our College so respected in the Sporting Community. On Friday 3rd of August the First Grade Rugby League team played its third round of the NRL Schoolboy Cup against Bass High School. The team went in knowing that a win could see them make the national quarter finals. After a slow start the team were down 12-0 after just 10 minutes. The team didn’t panic though and fought their way back into the game with Australian Schoolboy representative Zac Cini scoring a first half hattrick to give St. Dominic’s a 18-12 lead at half time. Some simple errors again let Bass High back into the game and they scored twice to take a 24-18 lead with 15 minutes to go.

Once again, St. Dominic’s saved their best football for the back end of the half with the boys running in three quick tries to win the game 34-24. Although it wasn’t the team’s best performance they showed great determination and spirit to win the game in front of a big home crowd on Field One. With all games being completed, the team finished equal first in their pool but unfortunately can’t progress to the quarter finals due to an inferior for and against. We played Endeavour Sports high in our first game. It was tough and a strong defensive game from both teams. In the end we kicked a penalty goal to have a 2-0 victory. Our 2nd game was against a much bigger opposition from Hill Sports High. In this game we were outclassed and went down 18-0. Wen went into the 3rd game knowing if we could beat Hunter Sports High we would make the semi-finals. In a tough game we came away with a 10-6 victory.

This put us into a semi-final against Westfields Sport High. We weren’t in the greatest shape carrying many injuries from the hard games earlier in the day. Unfortunately, we were outmuscled by an extremely bigger team and went down 14-0.

Our day was over, but we were proud of the fact that we finished in the top 4 of the states elite rugby league teams and were the highest ranked non-sporting specialist school in the state.

After winning the opening round and becoming local region champions, St Dominic’s U/15Giant’s Cup team travelled to Blacktown Sports Park to engage in the Sydney Regional Championship. If we win this, we go on to the State Championship Finals in September.

The day began cold and there was a slight breeze. Perfect for football. The wind was forecast to pick up considerably in the afternoon, so the plan was to kick as many goals as possible in the morning and maybe win a game or two.

Well…that was the plan!

Upon arriving at Blacktown Sports Park, we learned that our first game at 9:30am would be against Westfield Sports High. The boys were undaunted by this news and took to the field with their heads held high and their hearts full of hope. They just wanted a good game. After a few minutes things weren’t going quite to plan. Dom’s played the best they could, however with Westfield standing over them and marking everything, it was difficult to really get into the game. Westfield were winners of game one: 37 to 13.

Our second game was against North Shore Marist and was a lot more evenly balanced. The score was too close to call right up to the last second of the game. Both teams gave everything they had, and Dom’s really stepped up to it. With scores Marist 26 and Dom’s 23, it came down to the last minute. Dom’s got possession and with great passing and marking, the open goal was there for the taking as well as the game. Alas…the ball hit the post and bounced out at the same time as the siren said, “game over!”

And that was also the end of Dom’s day out. With two losses we were not in the hunt for the finals. The boys were outstanding sportsmen on and off the field and represented St Dominic’s College extremely well. Thanks to Mr Kennedy-Gould for coaching and we look forward to next year’s competition.

The College Athletics Carnival was held on Tuesday 21st of August at Parker St, Athletics field. Fortunately, unlike for some of our previous carnivals, the weather remained fine with the wind developing through the day. It was excellent to see so many staff and students getting involved in the spirit of the carnival and dressing up in their respective House colours. This was the first year that junior students were required to also wear the College House polo. The inclusion of the shirts added to the atmosphere of the carnival, with fellow students having the ability to clearly identify and support their fellow House team mates in the competitive events. It was great to see the number of students who were involving themselves in both the athletic events and the novelty events.

Away from the usual track and field, students were given the opportunity to earn points for their House by participating in novelty events such as Four Ball Soccer, Tug of War, Kick Tennis and Ultimate Vortex. One of the highlights of the Carnival was seeing Surawski, led my House Captain Jacob Zalac, dominate the final of the Tug of War in front of the entire school. College Captain Trent Weir did a superb job in commentating our 100m Finals, Mascot Race and Novelty Final.

Back onto the track and field, it was outstanding to see James Neilly of Year 12 break the College Long Jump record that has been held since 2007 by D Houghton. James jumped a distance of 5.86m which will place him in good stead for next week’s MCS Athletics Carnival. Congratulations to all of our Age Champions for 2018 and to Mr Zammit and the Tench House on being crowned to House Champions on the day. Well done to each student who have been selected to compete at the MCS Athletics Carnival on Thursday 30th August at Sydney Olympic Athletics Centre. Fantastic start to the season. The Year 7 team have dominated the competition to this point, scoring 30 tries and only having one try scored against them. The team work and their persistence to perform to the best of their abilities, has placed them at the top of the table. With only four games left, the hope is to continue their winning ways.

Half way through our competition the boys have performed a solid start with showing great teamwork and leadership on and off the field. With some new players learning the game the more experienced players have stepped up and developed players as the competition has go on. We have started strong this term with some solid defence allowing us to get onto attack early. With speed through the middle of Jet Clearly, Liam Ison and Liam Mahood we can provide some great balls to the links and wingers who have achieved some excellent tries. We look to work on our attack at the line as we head into the back half of the competition as we will be up against some of the more competitive teams. The boys are showing great team spirit and sportsmanship and are well on track for the rest of the competition.

The year 9 touch footy side consists of a key nucleus of players that have played the last two years with the addition of a couple of new players.

The team hasn’t wasted any time picking up the high standards they have set for themselves over the past two years.

The new combinations have clicked well and with the continuation of a game set on tight defense the side has had 3 wins and 1 loss (a loss when 10/11 players were unavailable to play). The boys look forward to teams rising to the challenge of trying to match it with us as we try to defend the title we have held for 2 seasons.

Despite many boys not having played before, or knowing any of the rules of the sport, the U/14’s St Dominic’s AFL side have made a very impressive start to the term 3 MCS season in 2018. The boys are undefeated thus far and have recorded two very strong wins; 59-9 against Blacktown and 67-22 against Dundas.

The U/14’s are a hard-working, committed group of boys across the board, but we have had some quality, outstanding contributions from several boys. Charlie Connell has been a revelation in midfield and Joshua D’Ermilio has been a tower of strength at the back. Both boys had never kicked an AFL ball before this season, but they have been a crucial influence to the team’s clearances and midfield possession with their silky skills with the ball in hand and their never-say-die attitude in defence. Experienced players in Ben Robertson and Ethan Hutchings have been very strong around the stoppages and have dictated terms in the middle. Jirah Liddiard has been a huge presence up forward as captain of the team, and his cool head under pressure has resulted in him becoming our leading goalkicker.

The boys will need to continue their hard work and their team-first attitude against Marist Parramatta and St John Paul II as we head towards the business end of the season.

This year’s Opens MCS AFL side is a mixture of semi-professional players and a number of part-timers, with some even trying their hand at the game for the first time. The team entered the competition with confidence and vigour, performing well in the early fixtures to earn two wins from two games; 34-17 against Blacktown and 38-12 against Dundas. In spite of being physically smaller than both sides we have faced, the boys have shown great character, tenacity and quality to win both fixtures in a sporting manner. Consistent performances from young Ryan Freeman on the flanks and our experienced AFL players Cameron Gill and Riley Ginger through the forward centre have ensured that this youthful side play attractive, attacking football. There is a sense of belief that follows this playing group around and promises an exciting future of AFL within the College. On Thursday 23rd August, 16 boys from the college competed in the annual MCS (Metropolitan Catholic Schools) Golf day which was conducted at the Glenmore Heritage golf course.

Award winners included Coby Carruthers in the 14’s (even though he played up an age division) with a score of 80. Whilst our 16’s, 14’s and 12’s won their respective age divisions.