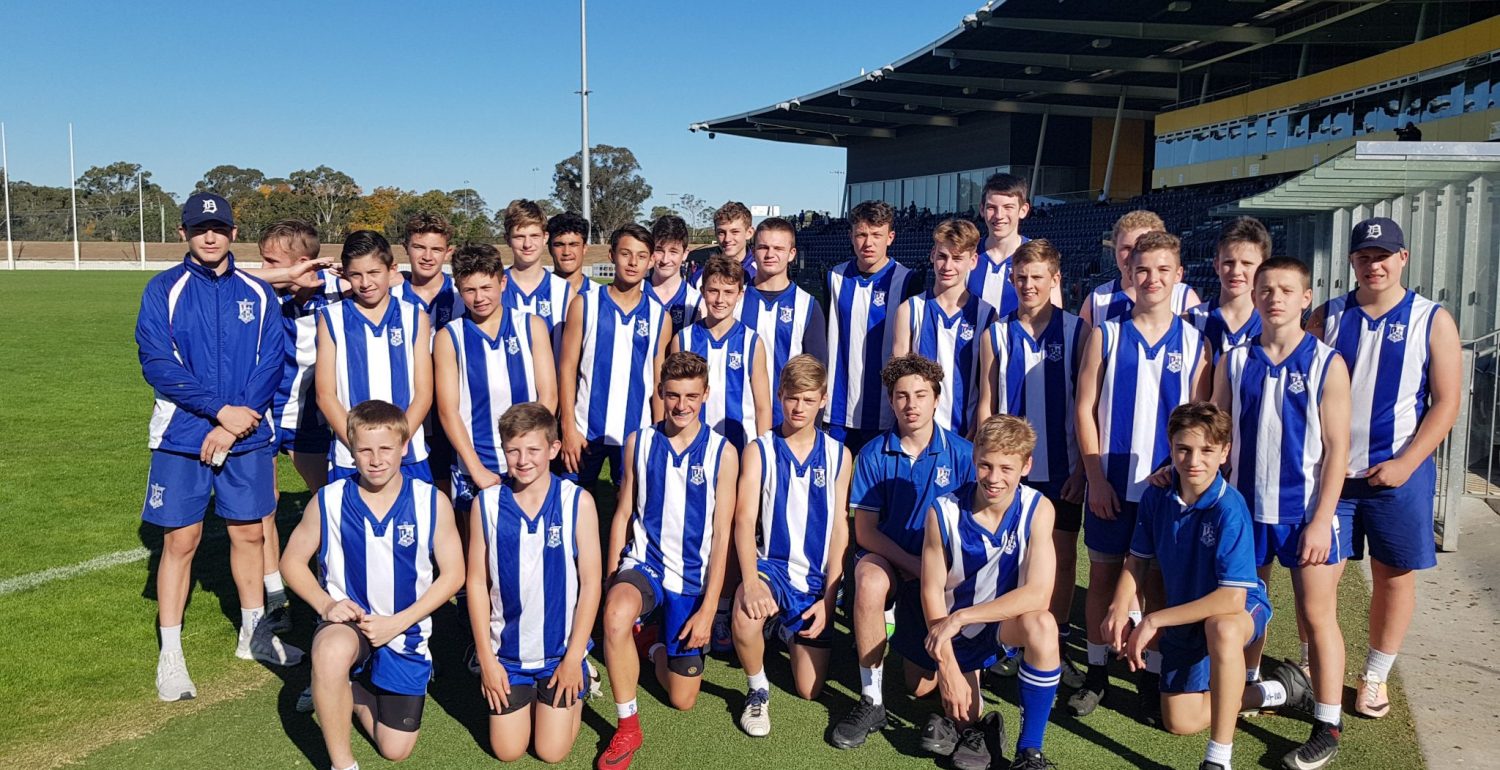 The day began cold and there was a slight breeze. Perfect for football. The wind was forecast to pick up considerably in the afternoon, so the plan was to kick as many goals as possible in the morning and maybe win a game or two.

Well…that was the plan!

Upon arriving at Blacktown Sports Park, we learned that our first game at 9:30am would be against Westfield Sports High. The boys were undaunted by this news and took to the field with their heads held high and their hearts full of hope. They just wanted a good game. After a few minutes things weren’t going quite to plan. Dom’s played the best they could, however with Westfield standing over them and marking everything, it was difficult to really get into the game. Westfield were winners of game one: 37 to 13.

Our second game was against North Shore Marist and was a lot more evenly balanced. The score was too close to call right up to the last second of the game. Both teams gave everything they had, and Dom’s really stepped up to it. With scores Marist 26 and Dom’s 23, it came down to the last minute. Dom’s got possession and with great passing and marking, the open goal was there for the taking as well as the game. Alas…the ball hit the post and bounced out at the same time as the siren said, “game over!”

And that was also the end of Dom’s day out. With two losses we were not in the hunt for the finals. The boys were outstanding sportsmen on and off the field and represented St Dominic’s College extremely well. Thanks to Mr Kennedy-Gould for coaching and we look forward to next year’s competition.