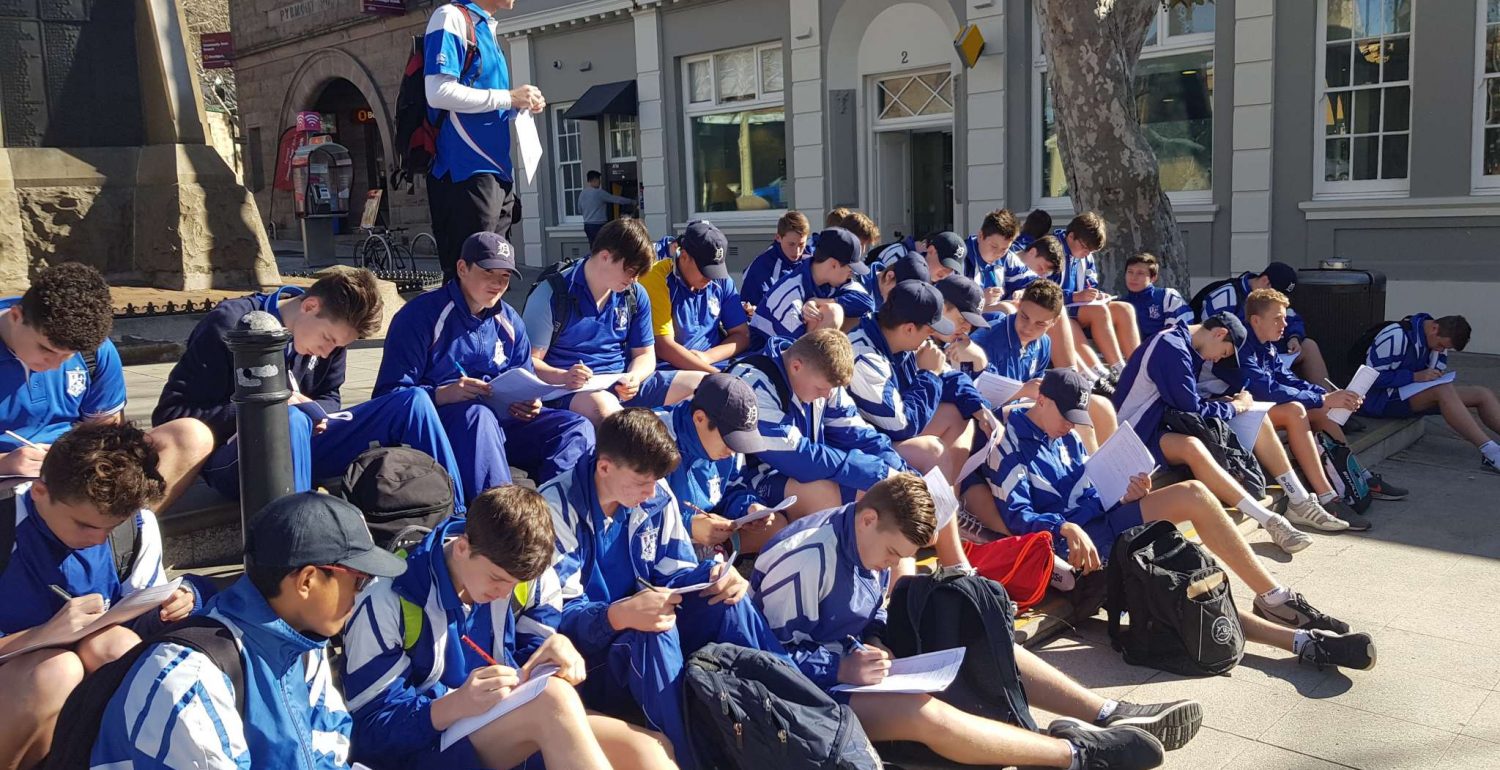 On August 20, Year 10 travelled to Pyrmont to view the changing environment and impact of urbanisation. We viewed new buildings, old buildings, buildings re-used for new purposes and old preserved buildings that define the history of the Pyrmont area.

We began our trip by splitting up into 2 groups and taking our separate ways around the city, both groups followed the same path, just in a different order. Our first stop was at Wharf 7. This wharf was a main docking station for boats over 100 years ago and now, although it still serves the same purpose, it has been renewed to contain apartments, restaurants, facilities, and working sites. There is a small portion of rail that was kept preserved as an artefact of the rail that ran to and from Pyrmont.

Our group travelled through some residential areas and began noticing the difference from the structures that were recently built and the buildings which have been renovated to keep the same look. Most, if not all houses and apartment buildings were not taller than 5 or 6 stories which allowed us to see the city from all angles without being blocked by tall structures. this look created an open landscape which provided the Pyrmont area with inviting environment for all to see.

Lastly, we travelled through the streets and viewed the buildings and demography of the inner city. To keep the same design of the city, the new buildings used the same colour and shape of previous buildings to maintain the style of Pyrmont. There were some old buildings that were conserved such as the sugar factory, the terminus hotel and the public primary school. The history of this area hasn’t changed but the demography has altered heavily. 100 years ago, the city was filled with workers who had jobs at factories within the local. Now it is mainly occupied by residents and students travelling to and from work.

We finished our trip back and Pyrmont bridge where we spent the rest of the day eating food and talking about what has changed within the last century of Pyrmont.