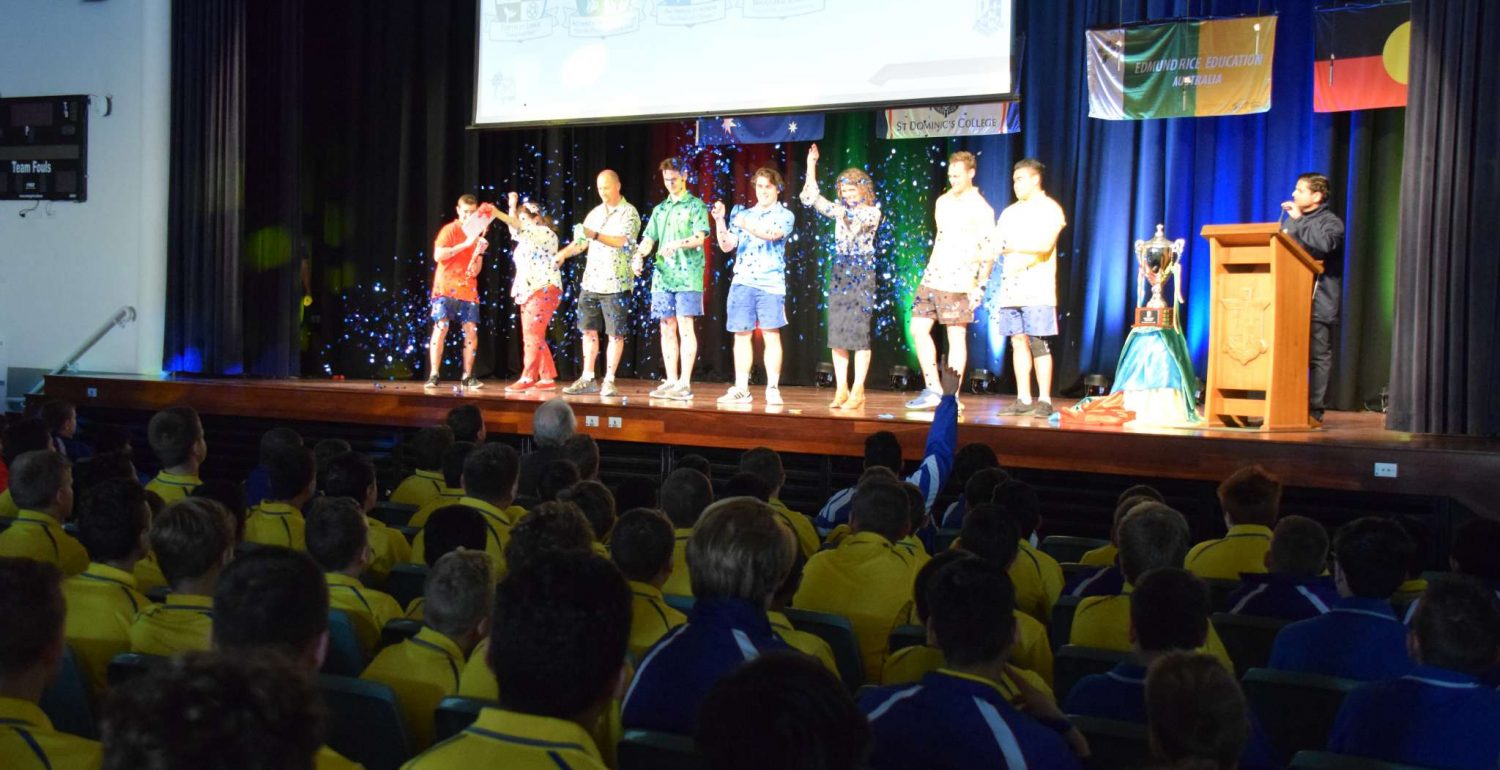 Friday 14th of September, St. Dominic’s College held its annual ‘Dommies Day’. A day where staff and students celebrate all that is special about our inclusive community. It is also the culmination of the Br. Jeff Regan House Cup.

Dommies Day commenced with our St Doms Trivia. Homerooms had to answer questions specific to the College, focusing on our staff and facilities. Congratulations to Mrs Walsh and her Homeroom 11DB on winning the Trivia!

Following Trivia, we moved to the Dommies Day Assembly. The assembly showcased several talented students in our inaugural ‘DomsFest’ short film competition, which was won by Joshua Emerson of Year 12. We thank all entries to this fantastic competition.  The ‘Dommies Lip Sync Battle’ had three amazing acts, which was won by Hunter Martin-Mika with his take on Michael Jackson. A special staff performance followed from the Spice Girls Boys, which all present won’t forget!

The remainder of the day was a jam packed fun filled schedule of games and activities. Including Rivalry Week Futsal Finals, Dommies Day Games on Ovals 1 and 2, and for the first-time inflatable’s activities filling Oval 3! Student enjoyed a BBQ Lunch with their House groups and we finished the day with ‘Dommies Ninja Warrior’ a new tradition for Dommies Day!

We were blessed with beautiful weather and outstanding positive attitudes on the day.

A big thank you to all staff and students for their involvement participation. Definitely a day to remember!