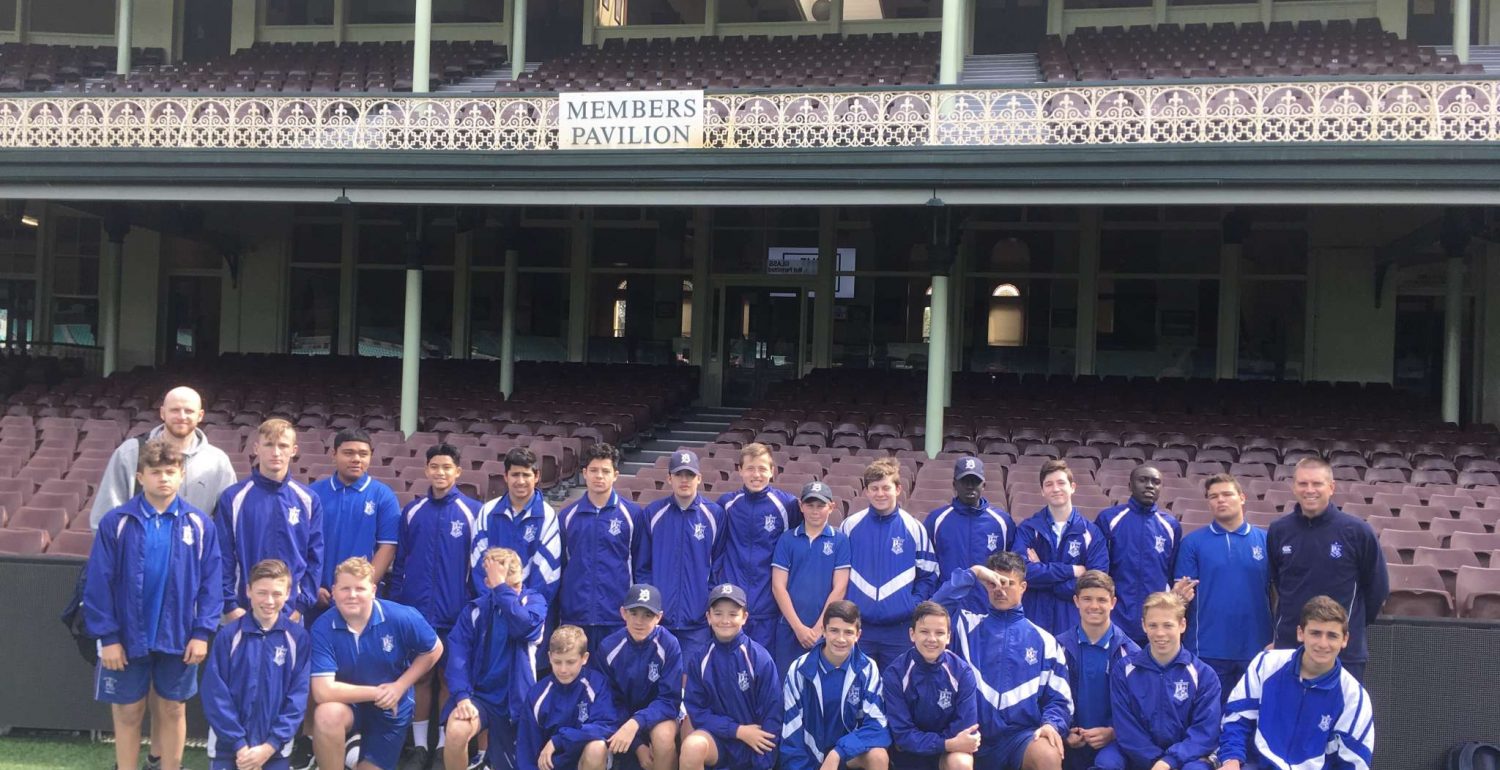 On Tuesday 28th August the Year 9 PASS classes travelled to the Sydney Cricket Ground and Allianz Stadium for their excursion on their current unit of study ‘Australia’s Sporting Identity’. The boys started the day with a very interesting tour of the SCG and Allianz Stadium putting themselves in the moment of many of Australia’s greatest sporting moments. The boys learnt about the feats of Australian sporting legends such as Don Bradman and Clive Churchill on the ground. Whilst on the tour of Allianz Stadium the boys were fortunate enough to see some of the Sydney Roosters players including Origin star James Tedesco. The boys took in a lot of valuable information about the history of Australian sport whilst on the tour.

After the tour was completed, a group of boys visited the ‘Real Bodies’ Exhibition at Moore Park as a follow up to the ‘Body Systems’ unit they studied in Term 1. They were fortunate enough to see cadavers and get a close insight into how the body works during movement. Other groups visited the ARU Wallabies training headquarters, the NSW Blues Cricket training base and the NRL Rugby League Museum. A great day out was had by all and the boys were able to make stronger connections to the theoretical work they have covered so far in class this year.