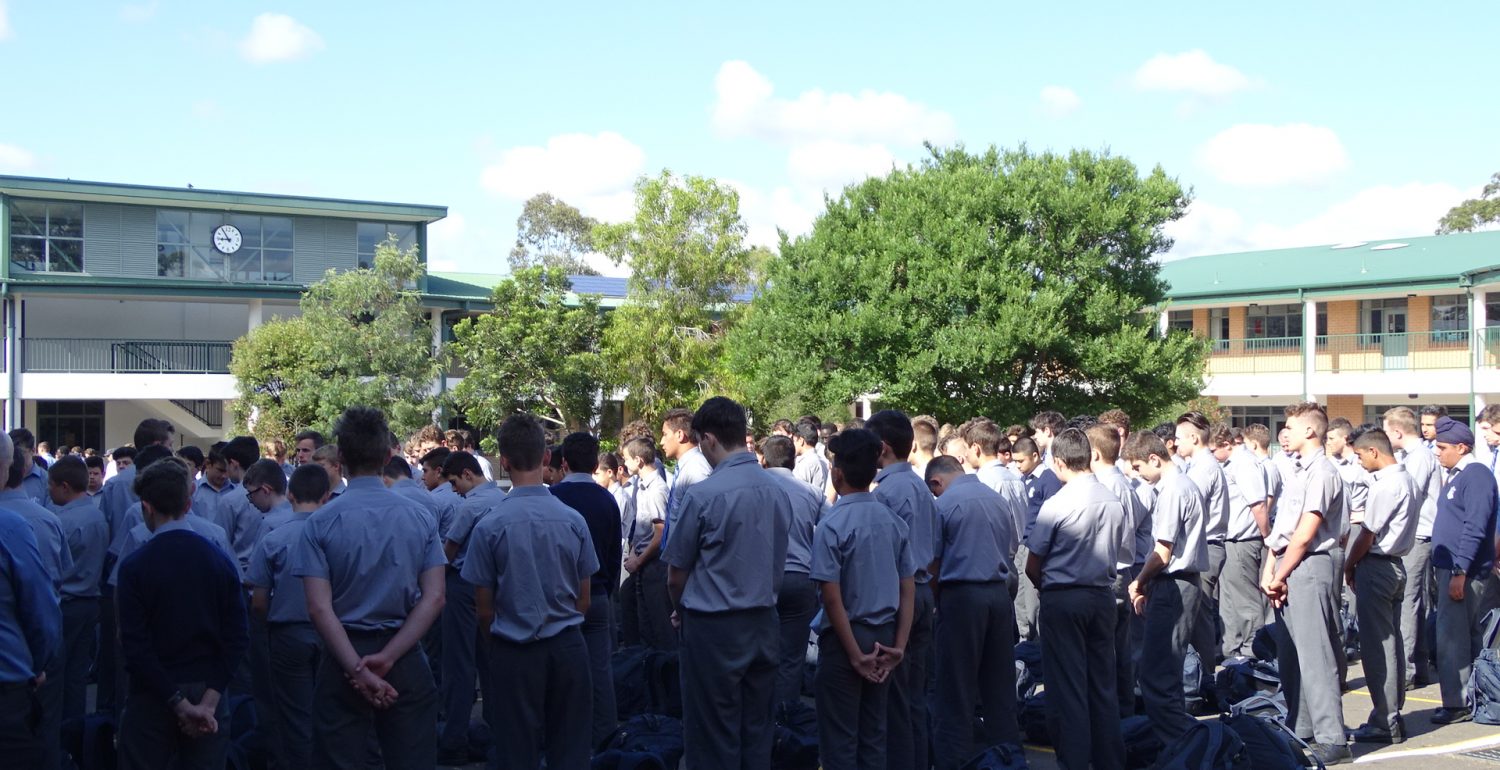 Following Remembrance Day 11/11, this mornings homeroom was dedicated to commemorating the centenary of the end of hostilities of World War I on that date in 1918. Hostilities formally ended “at the 11th hour of the 11th day of the 11th month”, in accordance with the armistice signed by representatives of Germany and the Entente between 5:12 and 5:20 that morning. (“At the 11th hour” refers to the passing of the 11th hour, or 11:00 am.) The First World War officially ended with the signing of the Treaty of Versailles on 28 June 1919.

This morning the boy’s showed their respects through silence, as Flanders Fields was spoken followed by a minutes silence.

On Sunday the 11th November, 2018 St Dominic’s College Band combined with The Caroline Chisolm College Band and Choir to mark the Centenary of Armistice at Memorial Park, Warragamba.  This day marked the 100th anniversary of the Armistice where four years three months and 14 days of brutal conflict finally came to an end in the First World War (1914–18). Almost 62,000 Australians died fighting for our freedom and in service of our nation.

The Ceremony at Warragamba was significant as the community was unveiling a bronze statue (below).

St Dominic’s Band, led by Mr. Chris Wilson, represented the College with pride and, as result of their ability, have been invited by the Warragamba and Districts ANZAC Committee to be a permanent feature at all their important commemorative events including:  ANZAC Day, Remembrance Day and the Vietnam Service Day.