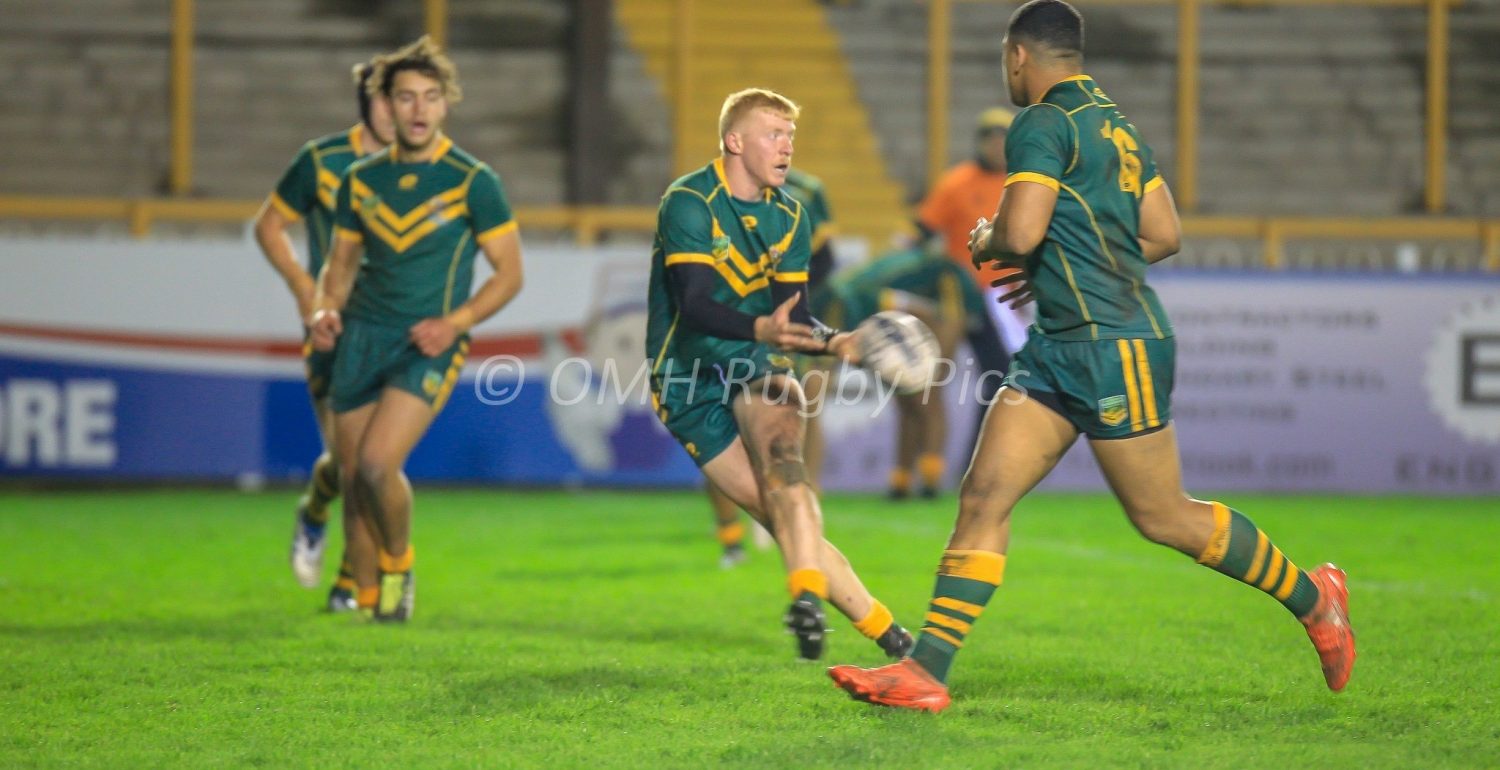 After touching down in freezing cold London, the team headed up north where they played 3 tour games before their Test series against England. The team recorded 3 wins in their tour games with a convincing win over England Colleges before two tight wins over both Yorkshire and Lancashire.

Zac starred in the these three games scoring a total of six tries and being one of the best performed players on tour. Just last Saturday the team played the First Test against England at Leigh with Zac earning a starting spot on the wing due to his great form.

Unfortunately the team went down 14-8 in rainy and cold conditions with Zac having a solid game.

The team now moves to Leeds where they will play the second and final test against England at Headingly.

We wish Zac all the best in his final game for the Australian Schoolboys.