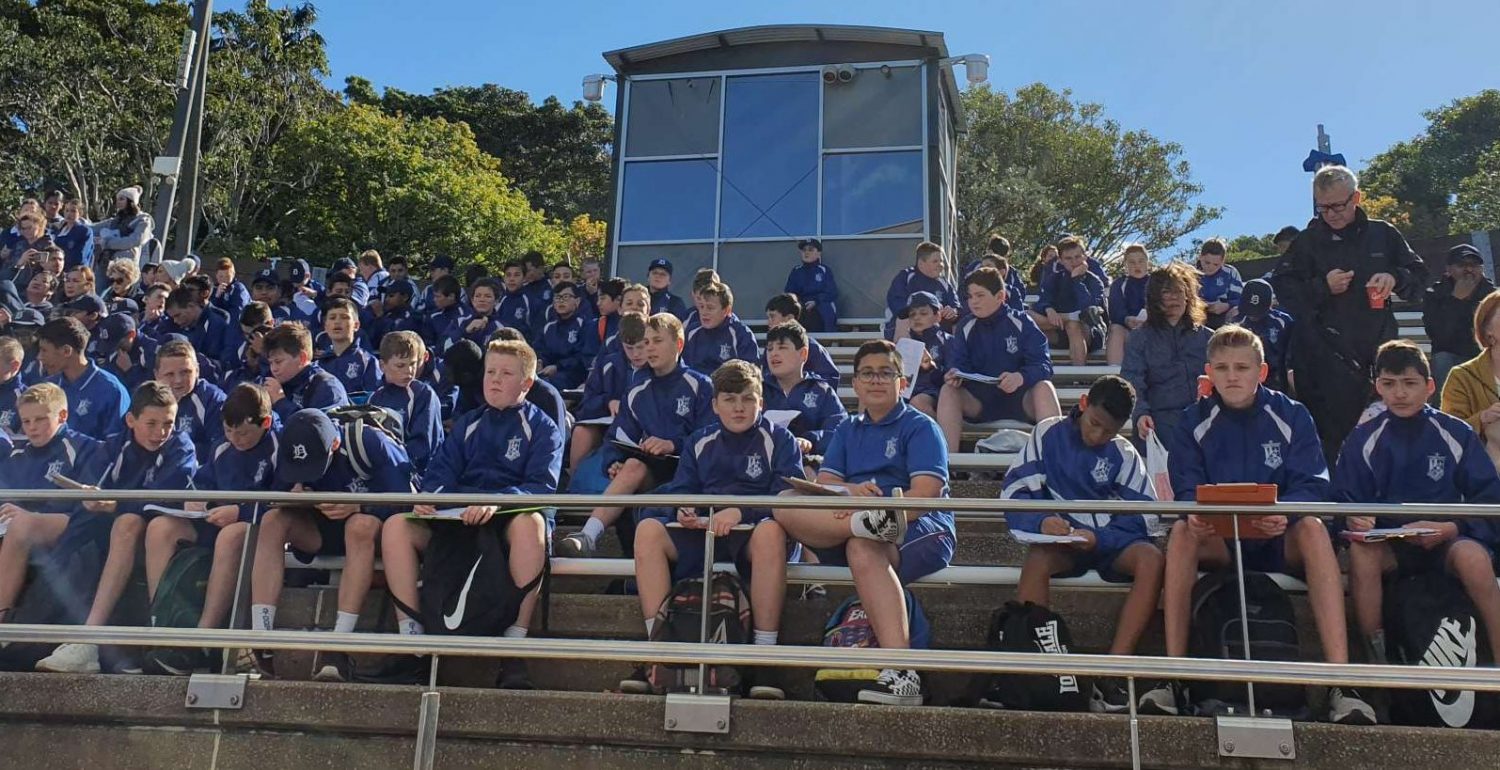 After arriving we saw a sea of other students, 20 other schools had the same idea as us for the day.

The sun was out but the weather was a chilly 9 degrees with 80km winds. It was safe to say that we were walking popsicles.

We headed down to the Seal show, our first stop, where we got to see some of the stars of the show, Murphy and Sisco. One of our very own, Taylor, was asked to get up and help Sisco do the show. Sisco spectacularly jumped on cue diving into the deep pool not even making a splash then swam up and jumped out of the water touching a ball that was quite high in the air, only to come down with a massive splash that saturated the majority of the audience.

We got to watch the seals catch fish, climb and dive in the dynamic display that Taronga has. We were introduced to species like the Australian sea lion, Californian sea lion, and New Zealand fur seal. The Seals showed off their natural abilities while learning and teaching us about their marine environment.

After the show the wind picked up even more and unfortunately the bird show was cancelled. We walked around the zoo and completed our worksheet and some of us were even lucky enough to touch a Meerkat when a trainer walked out with him.

Over all we had a great day filled with so many memories.

Thank you to all the teachers who came and supported us.