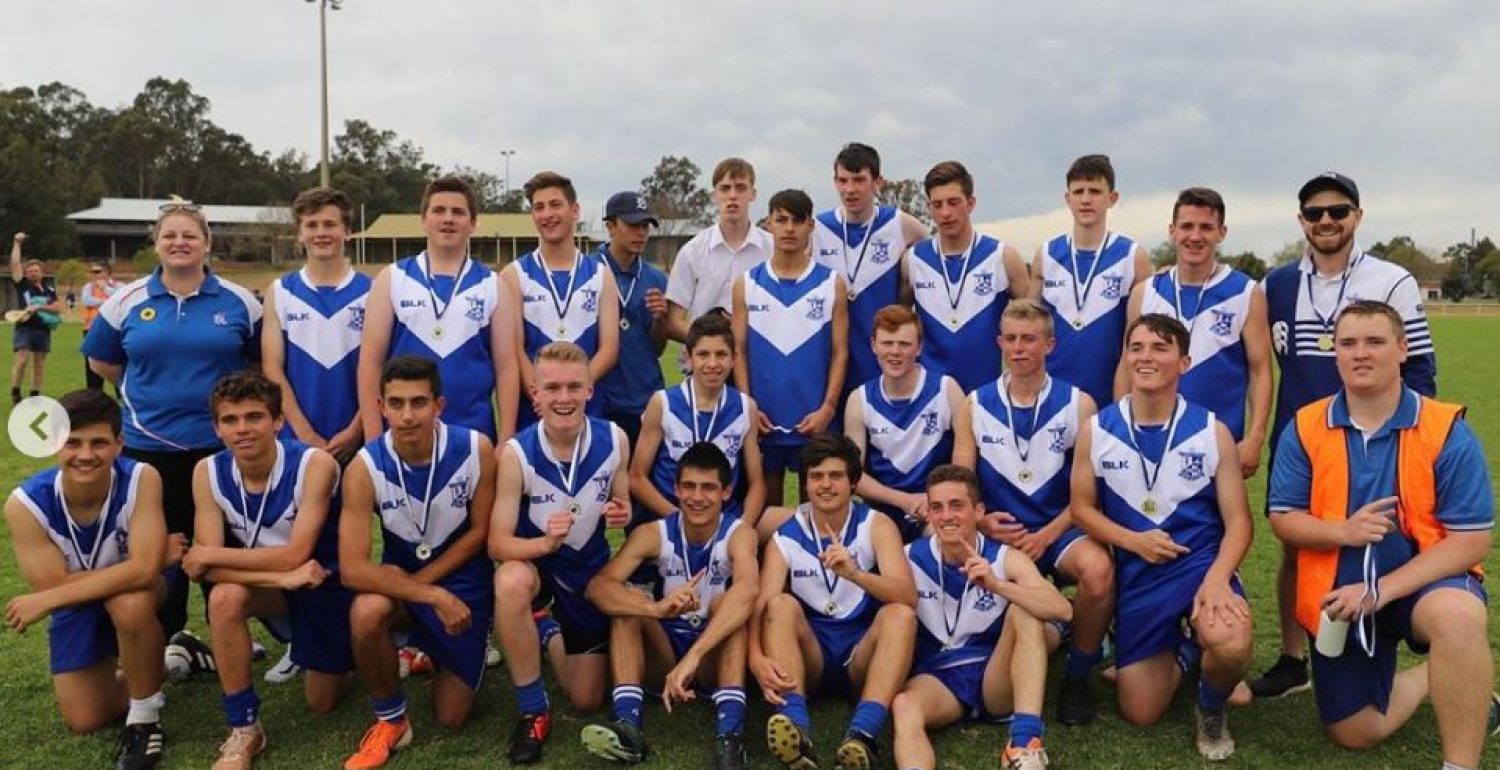 Aussie Rules Football is a simple game. Contest everything. Win the duels. Take your chances. If you do these things well, you will win the game. This was the focus in the lead up to the MCS AFL Grand Final day on Thursday 12th September, where our Opens side embarked on their fourth Grand Final in as many years, once again facing the old enemy, St Gregory’s College, Campbelltown.

The team reached the final after finishing on top of their pool. However, they experienced their first loss in two years in their last match before the big dance. It proved to be a blessing in disguise as there was a renewed sense of purpose for the boys in our final training session, led exceptionally by the leadership group of skipper Riley Ginger, Cameron Gill and Mitch Baragry. The boys approached the game with a focused calm that led into a sharp warm-up. They all had their jobs, now it was time to execute.

The traditional Doms-Gregs arm wrestle began from the first bounce. The supremacy of Daniel Goddard in the ruck, complemented by robust hits from Anthony Farrell and young Charlie Connell, asserted the dominance required in the early stages of a Grand Final. Within five minutes, the midfield became the sovereign territory of St Dominic’s. Our ability to build pressure was a joy to watch. St Greg’s were unable to exit their fifty for most of the half, and even when they did, they were met by at least two blue and white guernseys at each contest. This tenacity, coupled with the movement and finishing from our full forwards, meant we were able to pile on the points and enter half time with a strong lead.

The second half resumed the onslaught, with Isaac Coldicott making his first appearance in two years and showing some flair out wide, taking an impressive sliding mark and dropping two St Greg’s players with a tidy left-foot step. With our defenders winning absolutely everything, and Liam Bastin causing havoc up front, the game ended 50-nil in our favour. As a coach, former player and eternal sporting tragic, I am prouder of the clean sheet than the high score as it rewarded the often-unsung heroes in defence, who do their best work off the ball.

The outstanding result is a testament to the character of this team and each player, who were an absolute joy to coach week in week out. I would like to thank Miss Lister for her efforts in managing both the boys and I each week, and for the collegial support of Mr Kennedy-Gould both at training and on game-days.