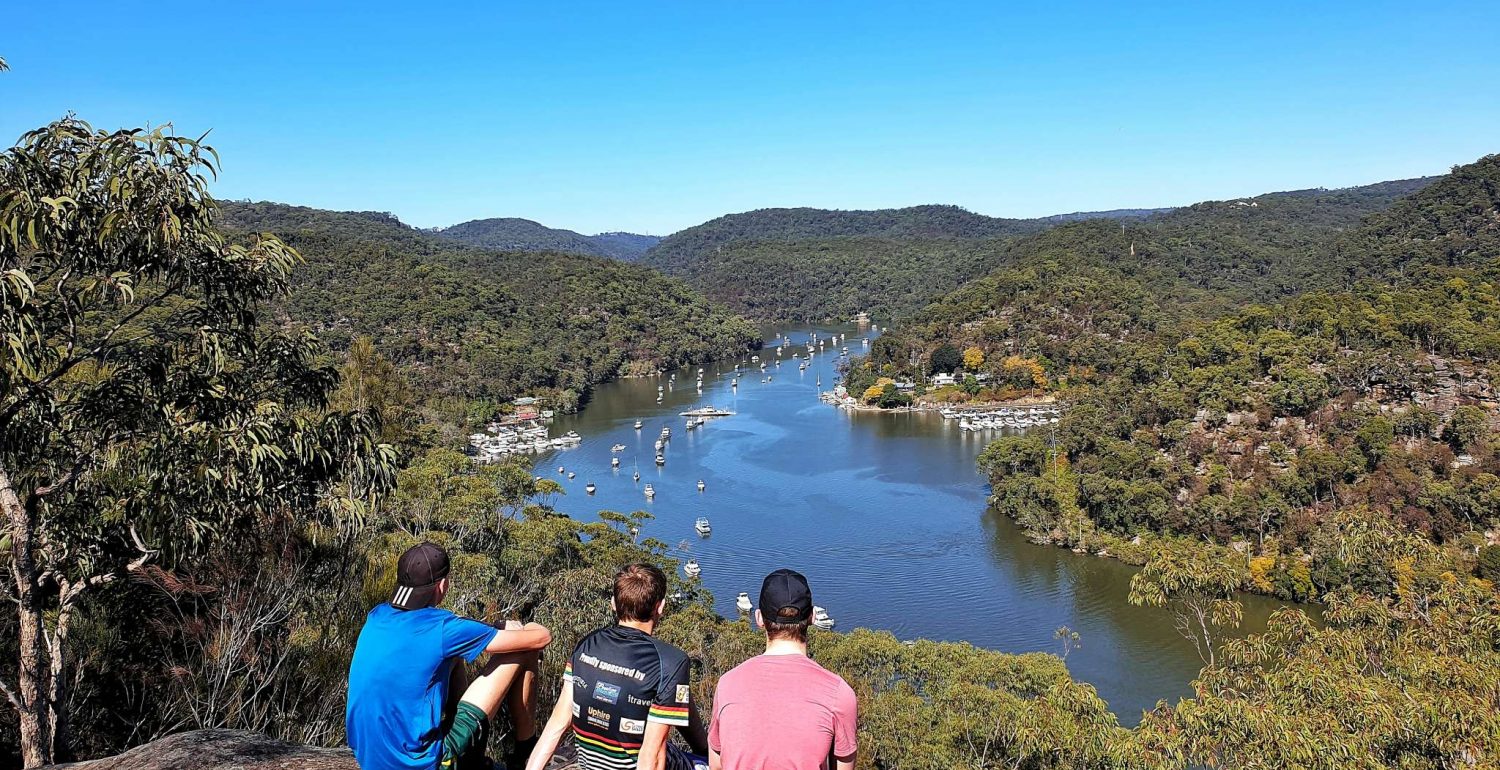 On Saturday, 31st August, three Year 10 students began their Duke of Edinburgh Silver Qualifying hike at Cowan Station on the Central Coast. Jake Zakostelsky, Ethan Baxter and Bailey Tebbutt had completed their preparation and training in the weeks before to embark on their Silver hike in Mount Ku-ring-gai National Park. The hike began in cold and wet conditions all day Saturday, which provided some challenging river crossings, but the three boys coped well with the conditions and trudged on into camp at Berowra. Saturday night’s fire circle had the group cook up a hot meal with some hot chocolate to warm up before a much needed rest.

On day two of the three day hike, the boys had steep inclines to battle, both going up and down. At points during the day, the boys had to do some rock scrambling (with their packs on their backs!) and climb up and down rock staples to stay on the path! The rain had cleared away and the sun shone through on the leafy trail, but in the wake of the wet conditions, all the rivers and waterfalls were flowing heartily, making for great photo opportunities! The group enjoyed lunch atop a large rock overlooking Berowra Waters below. Taking in the view on Sunday, the group rolled into camp at Crosslands late on Sunday afternoon. With some help from Black Diamond Adventures staff, the boys enjoyed a hot Thai Red Beef Curry for dinner with damper for supper. Breaking camp on Monday morning, the group plotted out the route for day three, taking into consideration the raised water levels from the weekend’s rain. Heading towards Mount Ku-ring-gai station, the group had to make three river crossings, but thankfully, the banks hadn’t burst and the boys were able to cross safely. The last hurdle for the Silver hike was the section known as ‘Concrete Wall.’ The final path out of the park was so steep, it was like climbing a wall back to civilisation. Finally though, after some huffing and puffing, the group held their final Tribal Council to reflect on the journey with great reverence and achievement. After Tribal, it was time for the last round of Scum and Emperor (a traditional Duke of Ed card game), where Mr D’Souza finished in the Scum position and Bailey Tebbutt finished as Emperor.

The group have learnt a lot over the course of their Bronze and Silver awards. This trip in particular highlighted the development of this group’s bushcraft, navigation, teamwork and perseverance. Special thanks must go to Rob and Mikayla from Black Diamond Adventures for accompanying and guiding the group on the Silver hike. A huge congratulations must go to Jake, Ethan and Bailey on completing their Silver Duke of Edinburgh Award.

I am looking forward to working with this group for their Gold expedition and Residential Project in the coming months. I would also put the challenge out there for other students to get involved in Duke of Edinburgh at St Dominic’s for a rewarding and memorable experience.