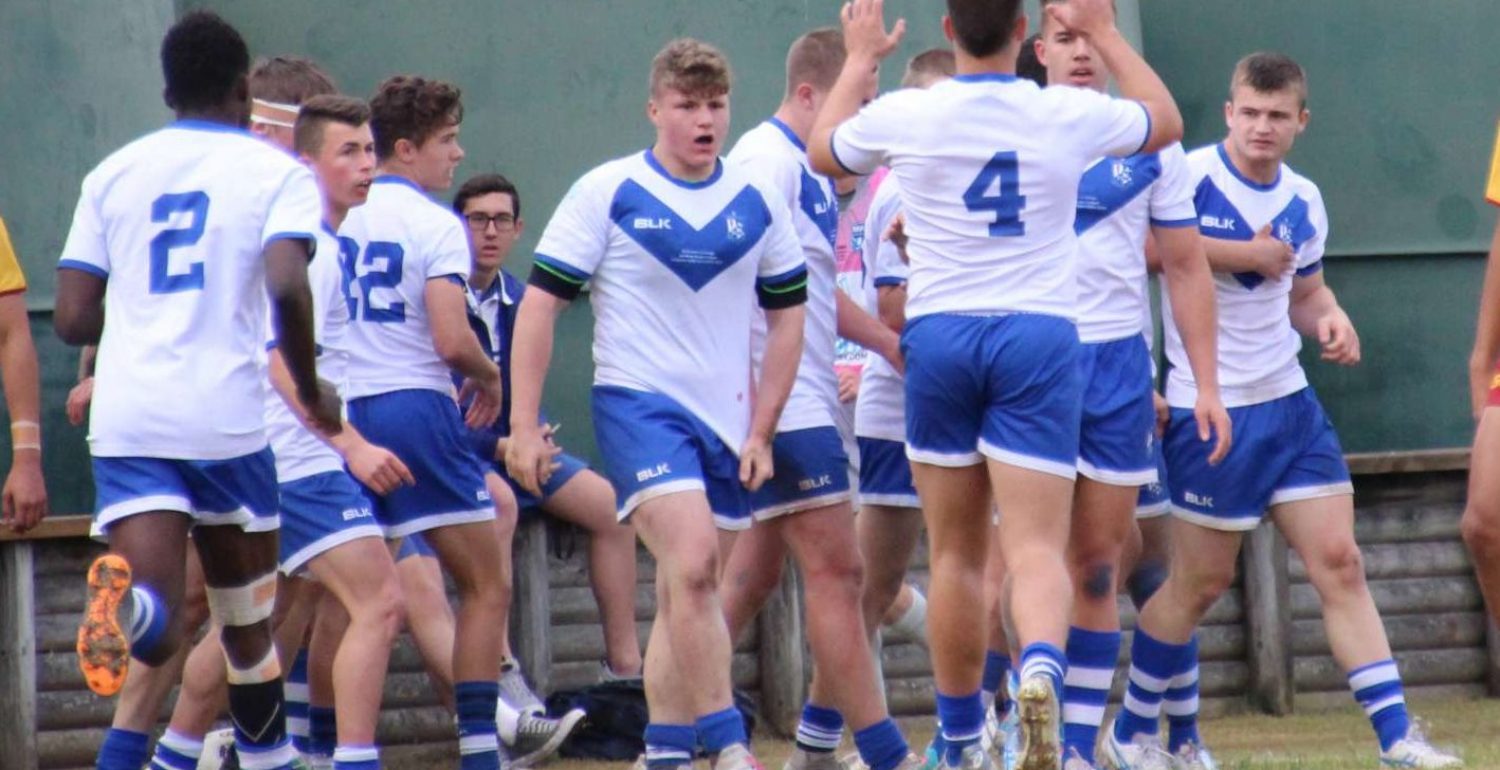 On Wednesday, 27th August the First Grade Rugby League team played in the NSWCCC Cup Finals Day at St.Mary’s. In the first game the team played St.John’s College from Woodlawn. After a slow start and conceding the first try, the team then fought back to get the game to 6 all with only a few minutes to go. But a crucial error in the last set of the game led to Woodlawn scoring a run away try against the run of play to win the game 10-6.

In the second game the team played Edmund Rice College from Wollongong. The team started very strongly and scored two early tries to lead 10-0 at half time. Edmund Rice fought back in the second half and scored to make it 10-6. But the team defended their line fiercely and held on to win.

The team then played St.Joseph’s College from Banora Point in the final pool game. After starting slowly once again and being 10-4 down, the team once again showed great spirit and rallied to score two more tries to win 16-14 playing some very entertaining football along the way. Despite winning two from three pool games the team unfortunately did not progress through to the Grand Final.