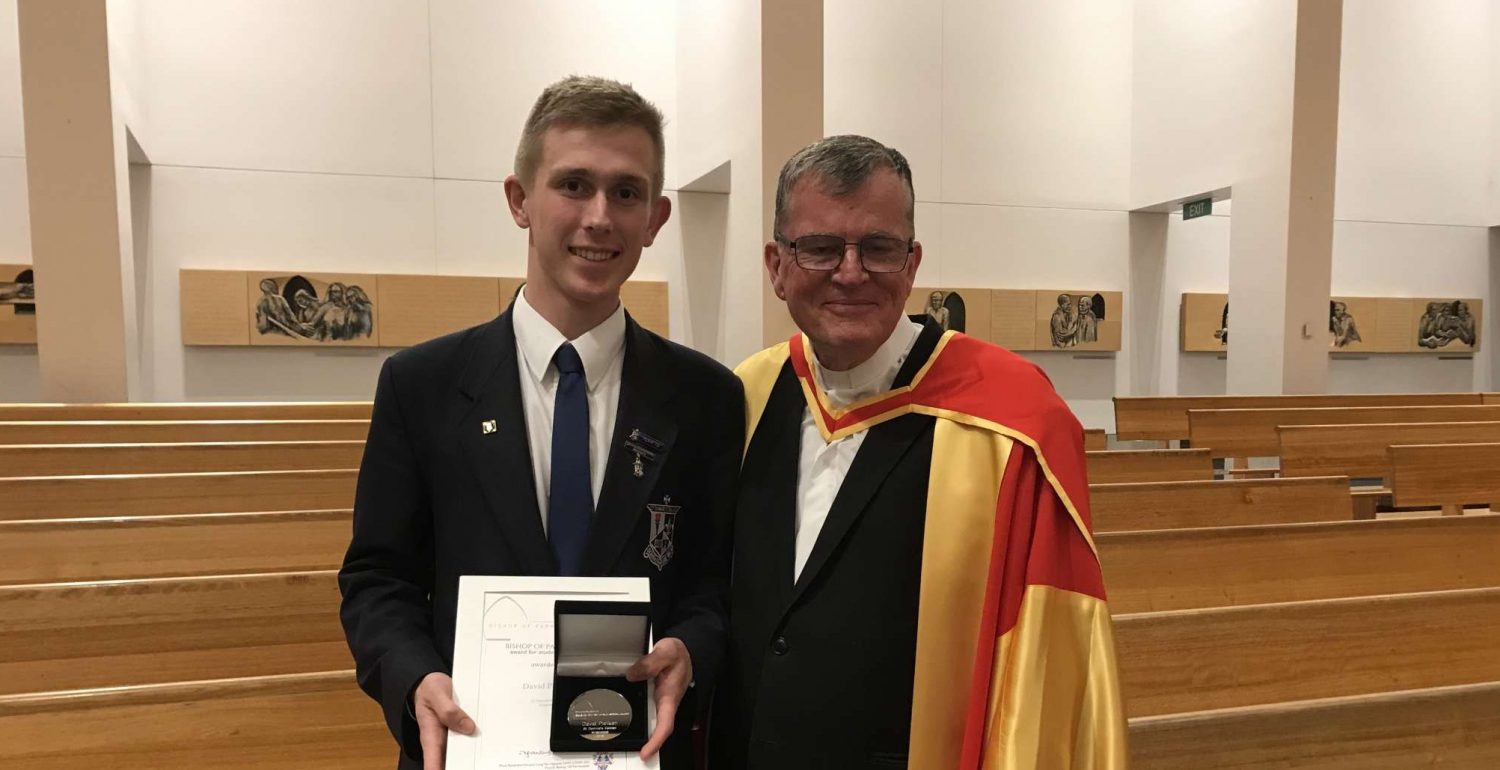 The ‘Bishop’s Award for Student Excellence’ has become a prestigious award in the Diocese of Parramatta and in our College life.

Each year the ‘Bishop’s Award for Student Excellence’ award recognises outstanding students at the culmination of their schooling, who witness their Catholic faith and achieve well in their academic, sporting, creative, vocational or community endeavours. The student recipient is a model for their peers and a source of inspiration and encouragement within their school communities. The Award is also recognition for the recipient’s parents who have nurtured their son or daughter, as well as teachers who have instilled a passion for excellence.

Year 12 student, David Pletkan, was recently awarded the ‘Bishop’s Award for Student Excellence’ for his dedication and outstanding commitment to supporting his local community.

A Year 11 student is asked to read a citation at the awards ceremony and this year, it was delivered by Cooper Hill:

“David Pletkan has demonstrated his compassionate nature since he began in Year 7. He consistently contributes to the community, providing over 200 hours each year of voluntary service. He generously teaches Tennis to those with different abilities and serves at the Altar of St Nicholas of Myra, Penrith. He has represented the school in Tennis and plays Cello in our College band where he deepens our College liturgies. He does this without losing focus on his studies. David’s leadership skills have been acknowledged across the College and his peers elected him to serve the College as a Prefect.”

Our thanks to all staff for the role you have played in encouraging the development of this fine young man.

We appreciate the role Catholic Education, Diocese of Parramatta and the Chancery have played in coordinating and presenting this Award.