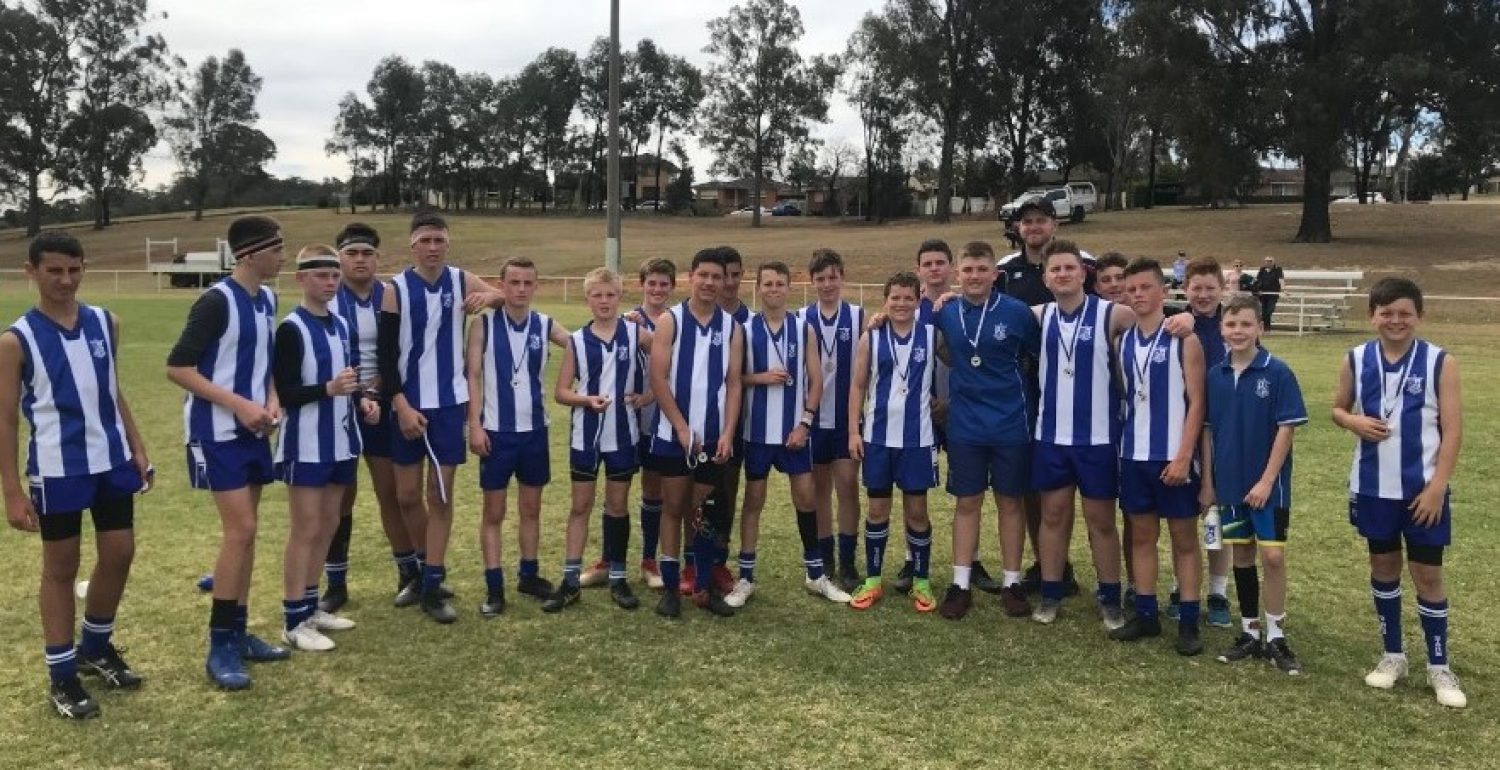 On Thursday, 12 September, the St Dominic’s U/14’s AFL MCS side came up against St Gregory’s in the Grand Final.  The boys had gone through the season undefeated and had been very impressive in displaying their skillset and team-first mindset.

St Greg’s fielded a very strong, experienced side and got off to a flying start to kick the first four goals of the grand final. Our boys struggled to match their intensity and effective use of the footy in the first half and went into the break down 33-6. At half time we spoke about how we needed to back ourselves to the hilt and how we now had nothing to lose in the second half.

St Dom’s lifted in their hunger for the footy and put together some brilliant passages of play to begin to turn the tide in our favour. The boys dug incredibly deep as a team and produced several moments of magic to kick five incredible goals in a row to have St Greg’s rattled at 33-31 with 3 minutes to go.

Unfortunately for us, the AFL experience of the St Greg’s players began to shine through and they wrestled the ascendency away from us to run out 51-31 winners.

The St Dom’s boys can be incredibly proud of the heart that they showed to almost pull off the impossible comeback in the grand final. They were a credit to themselves and their school. Thanks for a great season.