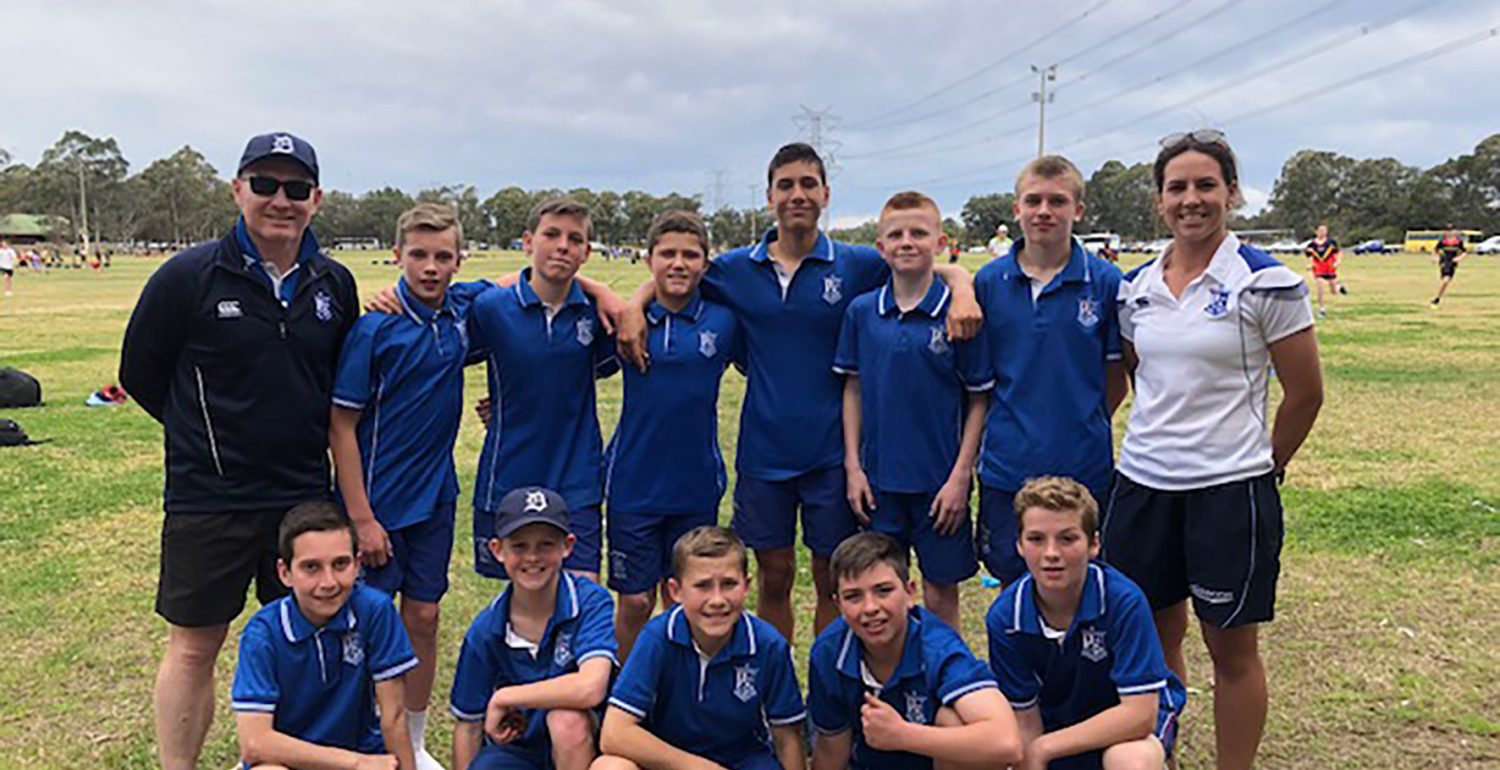 on a Brilliant Season!

On Thursday, 12th September the St Dominic’s Year 7 Touch Football Team played in the final series for the first time in this competition. After a stop-start season with unpredictable weather, we finished Minor Premiers however, we knew that the finals series was going to be a different ball game. We met St Greg’s in the Semi-Finals and played one of our best games executing what we practiced at training. We proceeded into the Grand Final against Patrician Brothers, Blacktown and knew this game was going to be tough.

The boys started strongly with a try early but knew they had to keep up the intensity to stay in the game. Unfortunately, the opposition’s middles used their pace and ran in two quick tries against us, but the boys held out with strong defence until Half Time. After realising they were only down by 1, the boys started the second half with a positive attitude and showed excellent teamwork and resilience. The St Dominic’s boys did not give up until the end but unfortunately Patrician Brothers had quick acceleration and ran away with a 4-1 win.

The boys had an excellent first year in the MCS Touch Football competition and should be proud of their commitment and dedication on the training paddock and on game day. Congratulations and thanks for a great term of Touch Football.