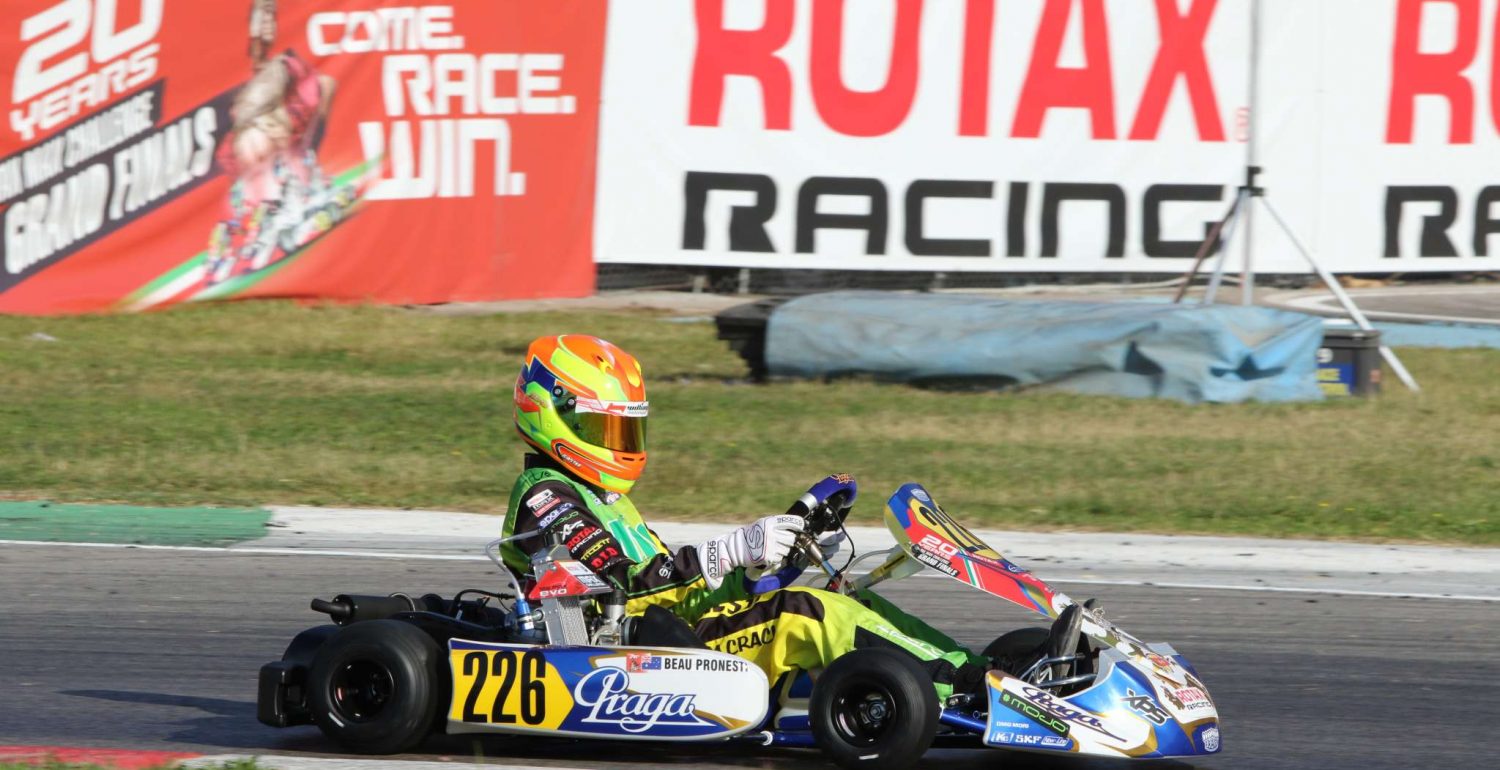 Over the past week, Beau Pronesti competed against 72 of the World’s best drivers in the Rotax Max Challenge World Finals in Sarno, Italy.

The competition ran from 20th to 26th October. Everyone is placed randomly into a draw for their kart and motor, with everyone receiving the exact same brand of kart and engine to ensure the fairest and most competitive racing possible.

Monday and Tuesday of the competition comprised of practice runs, then qualifying on the Wednesday so that drivers could get their starting positions for the three heat races.

On Thursday there were two heat races and on Friday there was the final heat race. Your finishing positions in the heat races would decide where you started in the prefinal.

On Friday, Beau raced the prefinal where he started sixth. It was an intense race, but he ended up finishing fourth.

On Saturday, there was the most important race of them all. Beau started 9th for the Final and despite it being the most intense race of the week by far, he finished seventh in the World and got the second quickest lap time in the Final.