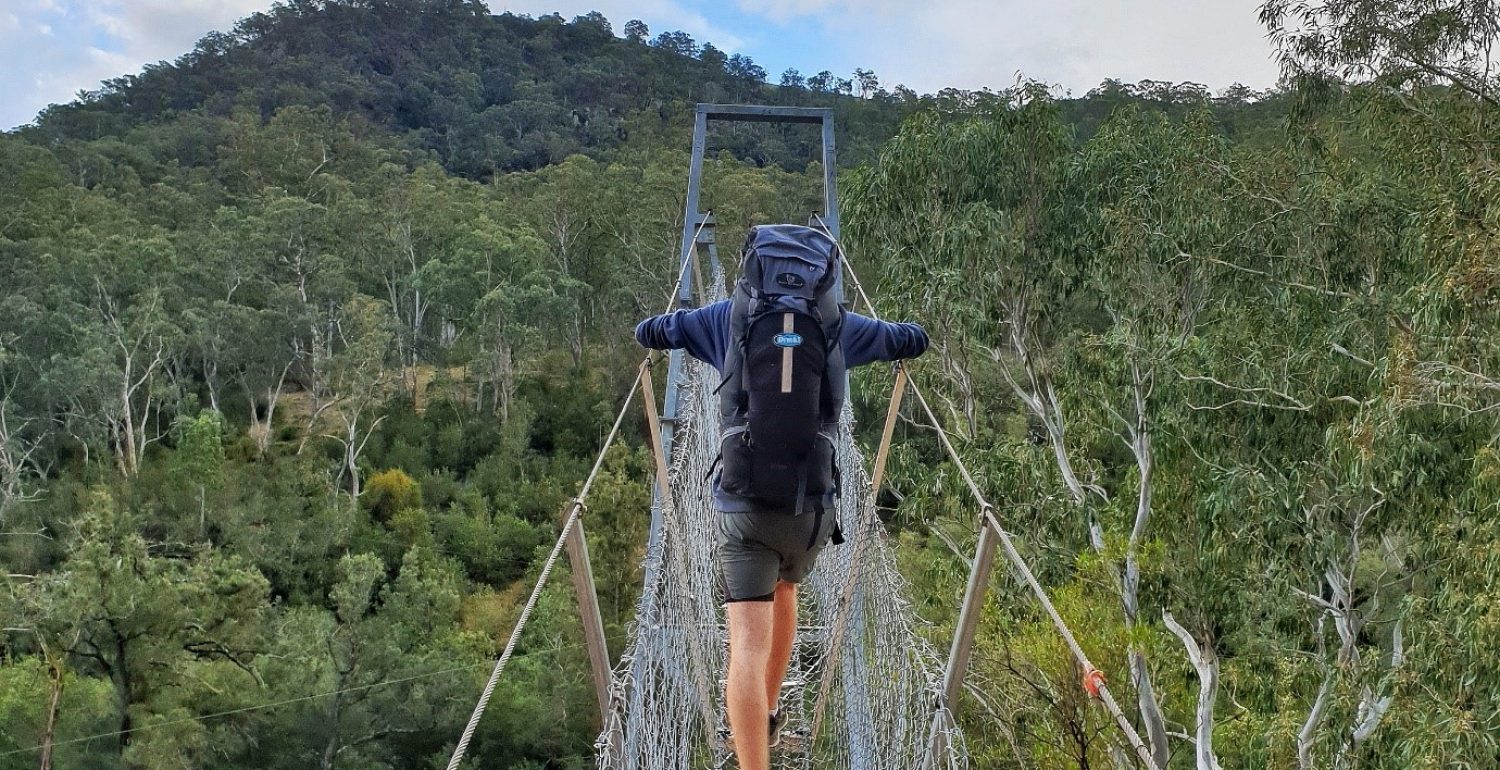 Across two weekends in November, seven Year 9 boys completed their Adventurous Journey at Bronze Level for the Duke of Edinburgh Award.

On Friday, 8th November, the group set off to the Blue Mountains with Mrs Birkett and Mr D’Souza to complete part of the famous Six Foot Track. Beginning the hike at Explorer’s Tree, the group hiked through the beautiful hills and shady paths to reach the highlight of the track, Bowtell’s Swing Bridge. After crossing the creek, it was a short walk into the campsite at Cox River.

A chilly night was made bearable with some hot drinks and lots of laughs by torchlight. The group perfected their campcraft skills, including camp cooking, pitching a dry tent, rationing and waterproofing. Early on Saturday morning, the group broke camp and hiked up a 350m elevation to meet Mr O’Keefe in the College bus, ready for our descent down the mountains. Campcraft preparation was complete, ready for the boys to undertake their Qualifying Journey.

A mere week later, the same group took off again, this time heading south to the picturesque Kangaroo Valley. The students met Rob from Black Diamond Adventures at Bendeela Recreation Area. The group got straight to work, unloading kayaks and waterproofing their gear so they could transport it in their kayaks. Within an hour, the group was on the Kangaroo River, paddling down to the campsite for the night.

After setting up camp, the group jumped back into the kayaks and learnt different paddling strokes to be used in different water situations. In the afternoon, the group learnt how to make a whip fall, then got to test them out. Rob showed the group how to crack an Australian stockman’s whip and before long, some budding stockmen were cracking away. A well-lit night awaited the boys on Friday, as well as some lengthy card games of wit and stealth.

Rising early again on Saturday morning, the boys packed up gear and headed to the water to put their new paddling skills to the test. In a heated game of kayak polo, the best team came away victorious; the prize being unchallenged bragging rights.

I would like to thank the group for their excellent attitude and attentiveness across the two weeks. They have been a fantastic group to work with in the Duke of Edinburgh Award and I look forward to working with them next year at Silver Level.

I would also like to thank Mrs Birkett for accompanying us on the preparation trip, Mr O’Keefe for driving us to and from the Blue Mountains, and Rob Mann from Black Diamond Adventures for assessing the boys in their Qualifying Journey.

Looking forward to more Duke of Ed journeys in 2020.