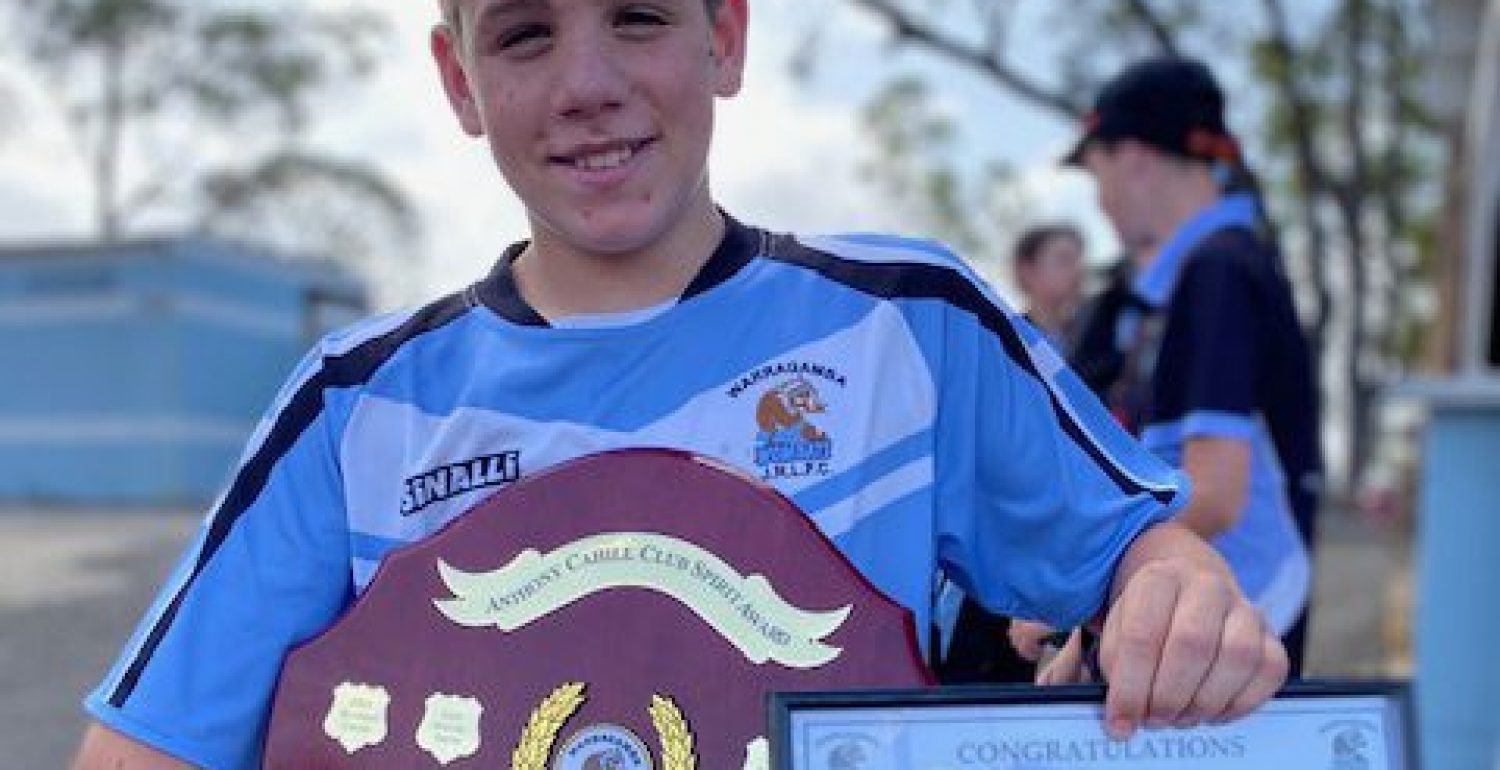 During the football season Nicholas would ride his bike to the footy fields by 6am to help the committee set up, cook on the barbecue, change the fields around, empty bins and whatever else was required. He then played his game and stayed back to help pack up.

Last year he was awarded the Club Spirit Award and in the history of the club, no one has won it twice. Nicholas has now won this award for the second time, making club history.

One of the comments from the committee members was Nicholas helps because he wants to and never pushes for his diary to be signed as this is not the purpose of what he is doing.

Congratulations Nicholas! We are incredibly proud of your achievements.