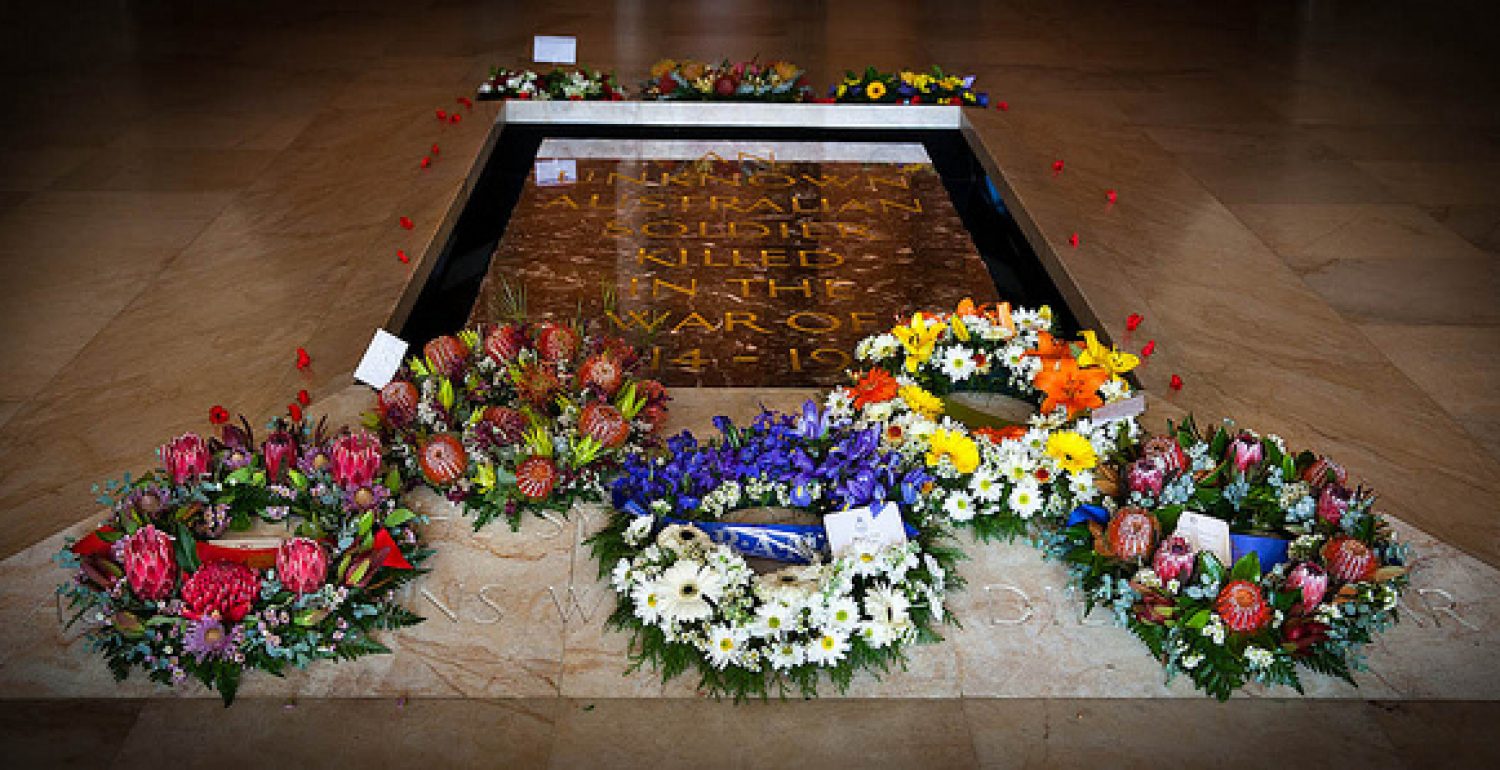 The Unknown Soldier And Why We Remember

Today we pause to remember all those people who have lost their lives in war.
Lest we forget.

The original unknown soldier was entombed in Westminster Abbey in London on 11th November 1920. His body had been selected by General Wyatt from among four other soldiers from four different battlefields of WWI; the Somme, Aisne, Arras and Ypres. The soldier was assumed to be British but could have been Australian, Canadian or New Zealander. We will never know; however other nations soon buried their own unknown soldiers. This was part of remembrance.

The idea of the unknown soldier was thought of by Padre David Railton, who served on the frontline during WWI. It was his intention that all of the families and friends of all the soldiers whose bodies could not be identified or recovered, could believe that the Unknown Soldier was their own father, son, husband, brother….

Plans to honour an unknown Australian soldier were first put forward in the 1920s, but it was not until 1993 that one was at last brought home. To mark the 75th anniversary of the end of the First World War, the body of an unknown Australian soldier was recovered from Adelaide Cemetery near Villers-Bretonneux in France and transported to Australia. After lying in state in King’s Hall in Old Parliament House, the Unknown Australian Soldier was interred in the Hall of Memory on 11 November 1993. He was buried in a Tasmanian blackwood coffin, on which were placed a bayonet and a sprig of wattle. Soil from the Pozières battlefield in France was scattered in his tomb.

The Unknown Australian Soldier represents all Australians who have been killed in war.

The tomb lies in the Australian War Memorial in Canberra, in the Hall of Memory, directly beneath the dome, where the souls of the dead are shown ascending to heaven. The tomb is covered with a slab of red marble inscribed with gilded lettering, colours that subtly mirror those of the dome. The slab is set into a recess of black granite, suggesting the grave within the earth. A sloping marble border sets the tomb apart from the floor, marking a physical division between the living and the resting place of sacred sacrifice.

The inscription on the tomb reads,

At the head of the tomb is inscribed “Known unto God” and at the foot,

At the going down of the sun, and in the morning

We will remember them