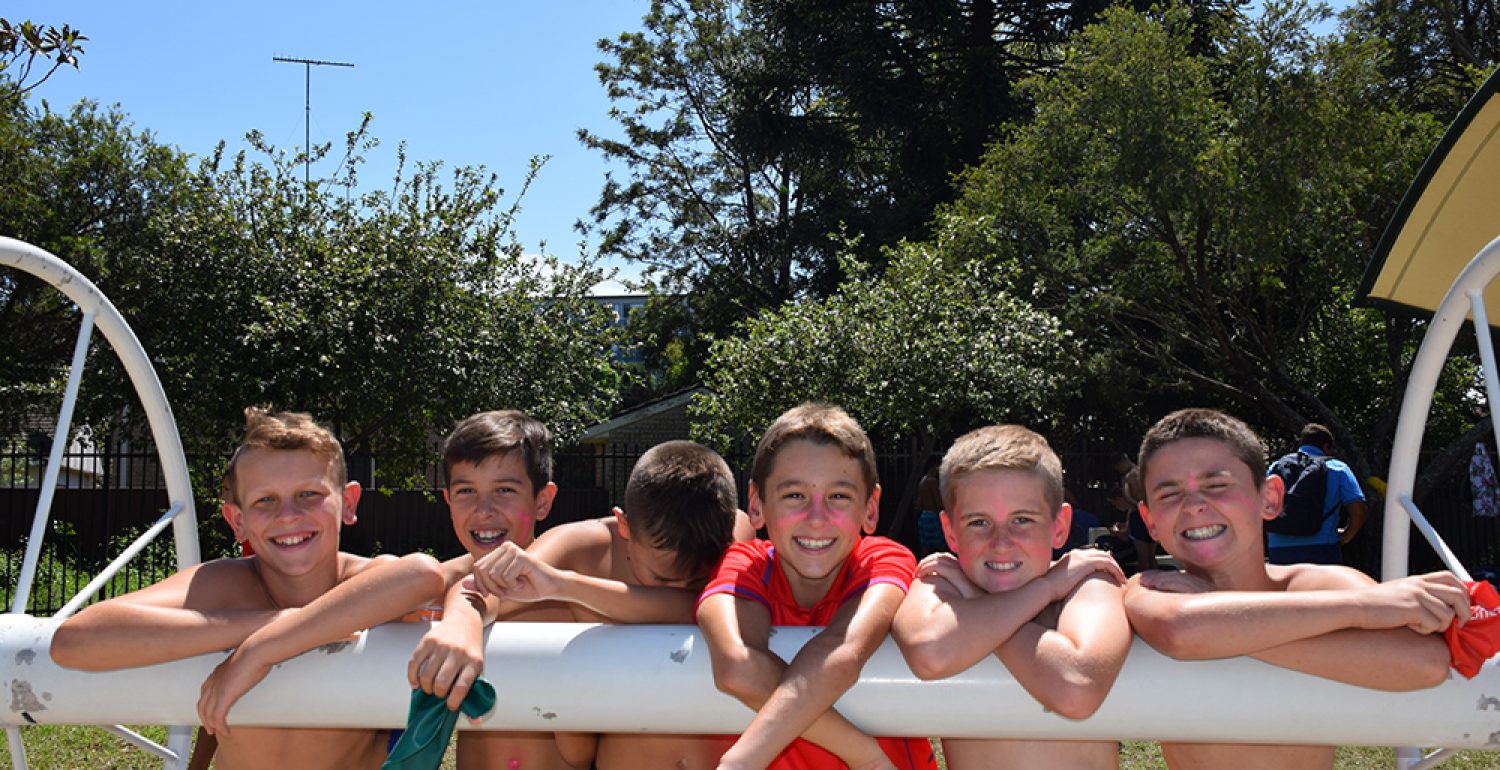 I would like to say thank you to all the staff and students who contributed to our College Swimming Carnival 2020. It was fantastic to see an increase in the number of students competing in events and getting involved in the House activities. The carnival returned to Ripples, Penrith after years at St Mary’s which provided a more accommodating setting and space to run the House activities and provide shade for students. We could not have asked for a better day in terms of the weather and the day ran smoothly from the early starters in the 100m freestyle, right to the finale of the House relay which was dominated by Surawski. This year saw the introduction of a House Coordinator and House Captain boat at the midpoint of the carnival which proved a crowd favourite. Mr D’Souza (Dharuk House Coordinator) and Jack Benson (Dharuk House Captain) proving too strong for their House competitors.

A further congratulations to all our Age Champions for 2020:

The MCS Swimming Carnival will once again be held at Sydney Olympic Park Aquatic Centre on 18th March. This carnival is an evening event commencing at 6pm. The squad is currently being finalised and additional event nominations will be requested within the week. The squad will be required to attend Ripples, Penrith for training commencing from Thursday 5th March.

Congratulations to all our Grand final teams in particular to our MCS Premiers:

Congratulations also to our Y9 runners up team who were beaten by a better team on the day, however, represented the College extremely well.

Full match reports will be published shortly from all teams.

We also wish our Cricket teams well in their finals campaign beginning this week. The College will be represented in the Year 8 Opens, Year 10 Opens and 1st XI competitions.

A reminder for students and parents that are new to Catholic Schools NSW Sport, you will be required to create a new account on the csnsw.sport website to register for trials at both the MCS and NSWCCC levels of representation.

*Please note that these are association representative trials and not trials for our College teams.

Trials are currently underway for the College Chess team. Students who are interested in trialling should see Mrs Birkett for more information.

Congratulations to the following students who have been selected to represent the College at the MCS Tennis Championships on the 12th and 19th March at Parramatta Tennis Centre:

MCS Rugby League and Soccer trials for the College are now underway. Students are reminded to regularly check the announcements on Canvas to see when trials will be held for respective age/ year groups. The MCS Soccer competition will commence on Thursday 19th March while Rugby League will start on Thursday 26th March.

Once again, I would like to thank our staff who volunteer their time to assist in providing MCS sporting opportunities for our students. The following staff have been appointed to coach or manage our teams: