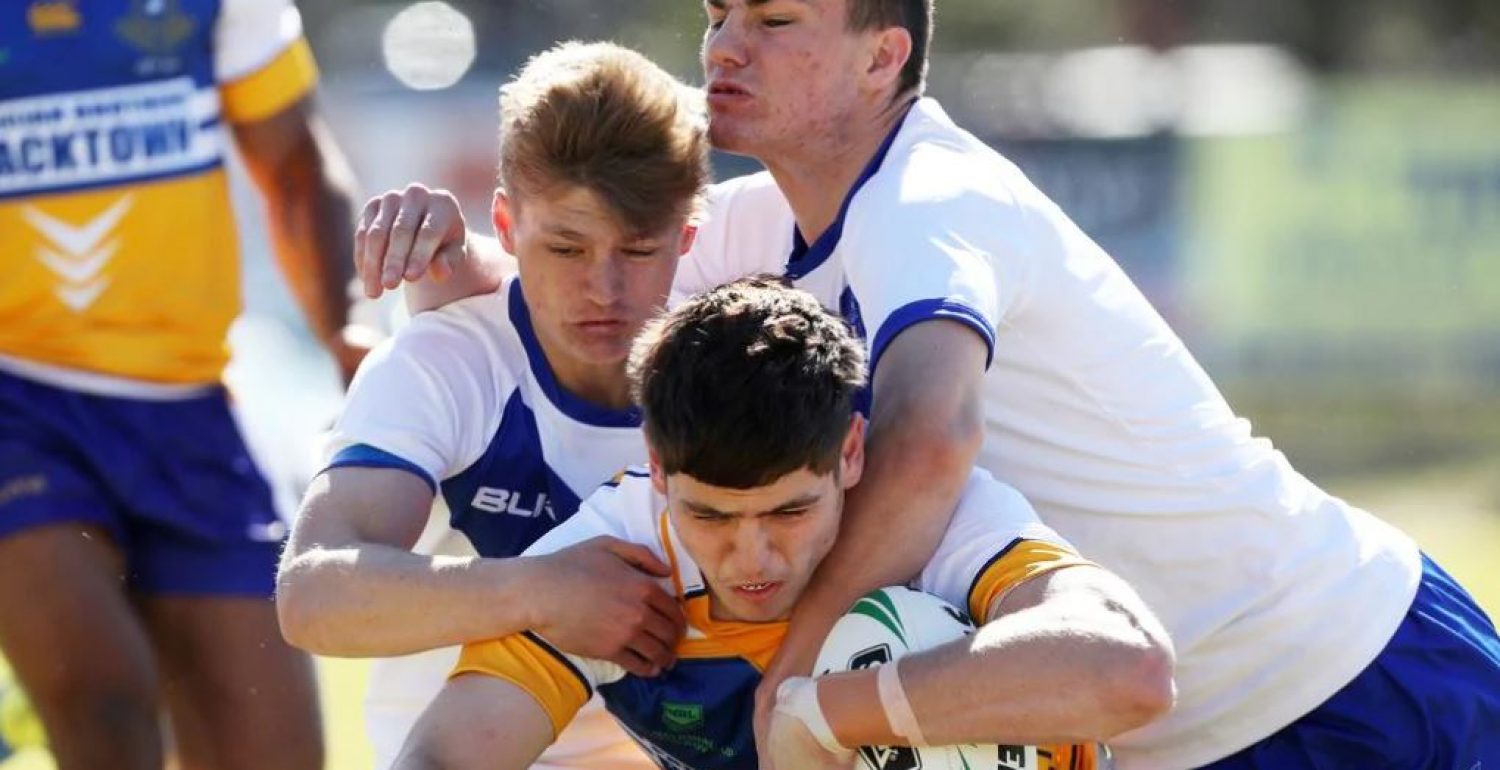 Today at Windsor Stadium our St Dominic’s College First Grade Rugby League side took on Patrician Brothers, Blacktown in the Round of 16 of the NRL Schoolboy Cup.

With a young team made up of mainly Year 10 and 11 students, the team knew they would be up for a big challenge against Blacktown.

St.Dominic’s got off to a slow start and conceded a try in the opening minutes after an early error gave Blacktown possession.

The team took a while to get into the game and quickly found themselves down 16-0 just before half time. After the break the team came out with renewed energy and fullback Liam Ison scored through a great set play to make the score 16-4 and the team were now beginning to dominate territory and possession.

At 16-4 with 10 minutes to go winger Ethan Hutchings looked certain to score but was ruled to have gone into touch before scoring effectively ruling out any chance of a late comeback victory. Blacktown scored two late tries against the run of play to win 24-4 and knock St.Dominic’s out for season 2020.

Best players for St.Dominic’s were lock Mason Teague, hooker Ryley Smith and young gun Liam Ison. Co-captain Campbell Fisher was also inspirational in the middle against a much bigger forward pack. With so many Year 10 and Year 11 players, the team looks forward to a bigger season in 2021.