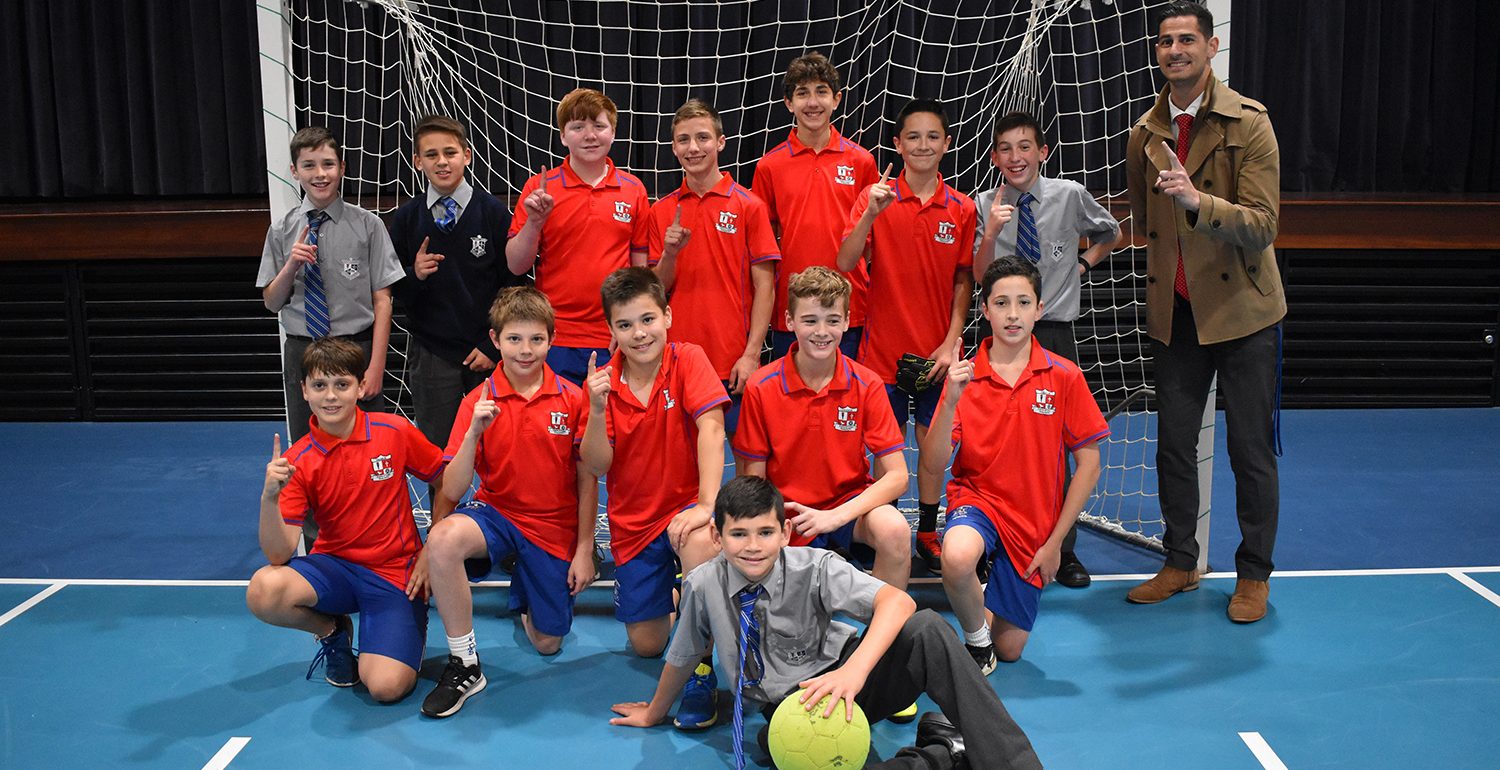 The Annual Year 7 Indoor Soccer competition finally got off the ground with a fantastic display of football skills for the entire Cohort to see.

The round robin stages were dominated by Tench going through their three games undefeated. However, there was one team that could match them and this was Dharuk House coached by the Senior A-Grade Coach Mr D’Souza, interestingly enough, against his Co-Coach Mr Hall, the substitute leader of Tench.

The Grand Final was a see-saw affair with no team really grabbing the match by the horns and while there were shots to be had, both keepers easily managed to protect their goals.

So, as with all classic football matches, the game went into penalty shoot-out, a lucky dip of the football world.

After some fantastic shooting from both sides, the difference was split by a single save by the Dharuk Keeper giving them the victory and some much needed House points.

Scroll through to see the game by game action ….