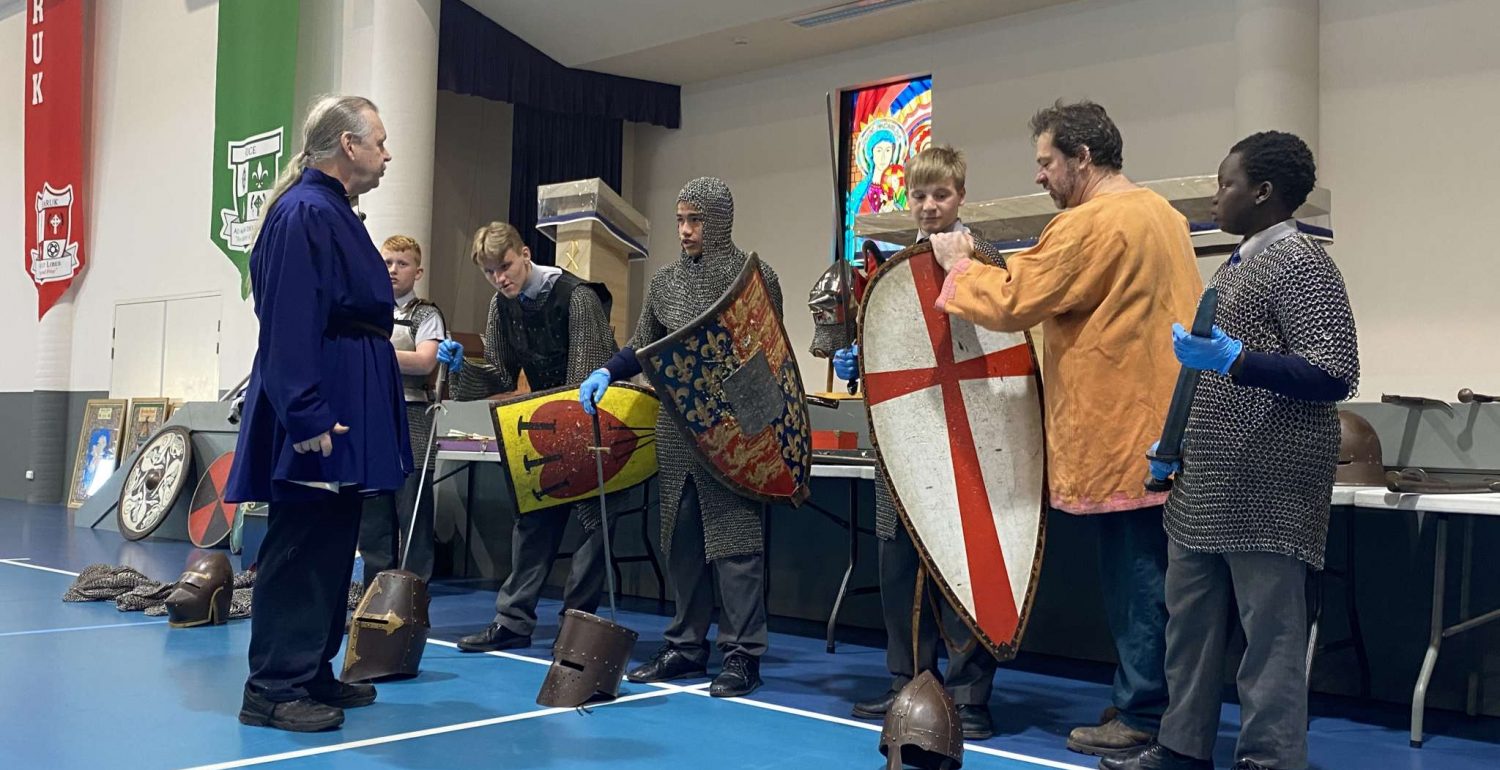 Recently, Year 8 had the privilege of experiencing a Medieval European History Incursion.

After informing us about what all of the artifacts were, the whole of Year 8 had the opportunity to  hold the tools which really made the students’ day. During the course of the two periods many students volunteered to try on the medieval gear and we were informed why people wore this and why it was so important to wear it back then. They even told us the punishments people back then would receive for committing crimes.

Year 8 learned about many of the tools and even got to see them in action throughout the session. The most enjoyable bits were when Year 8 got to get up and try on all the gear and hold the weapons such as crossbows, swords, mace, pillory, helmets, jousting sticks and more. We had the opportunity to see the instructors shoot arrows at a target and learn the history behind each of the tools.

This experience really meant a lot to Year 8 and made most of us feel like we were back in the Middle Ages, which was a once in a lifetime opportunity. A huge thanks goes to James and Jamie as they took time out of their day to show us the history behind Medieval Europe.