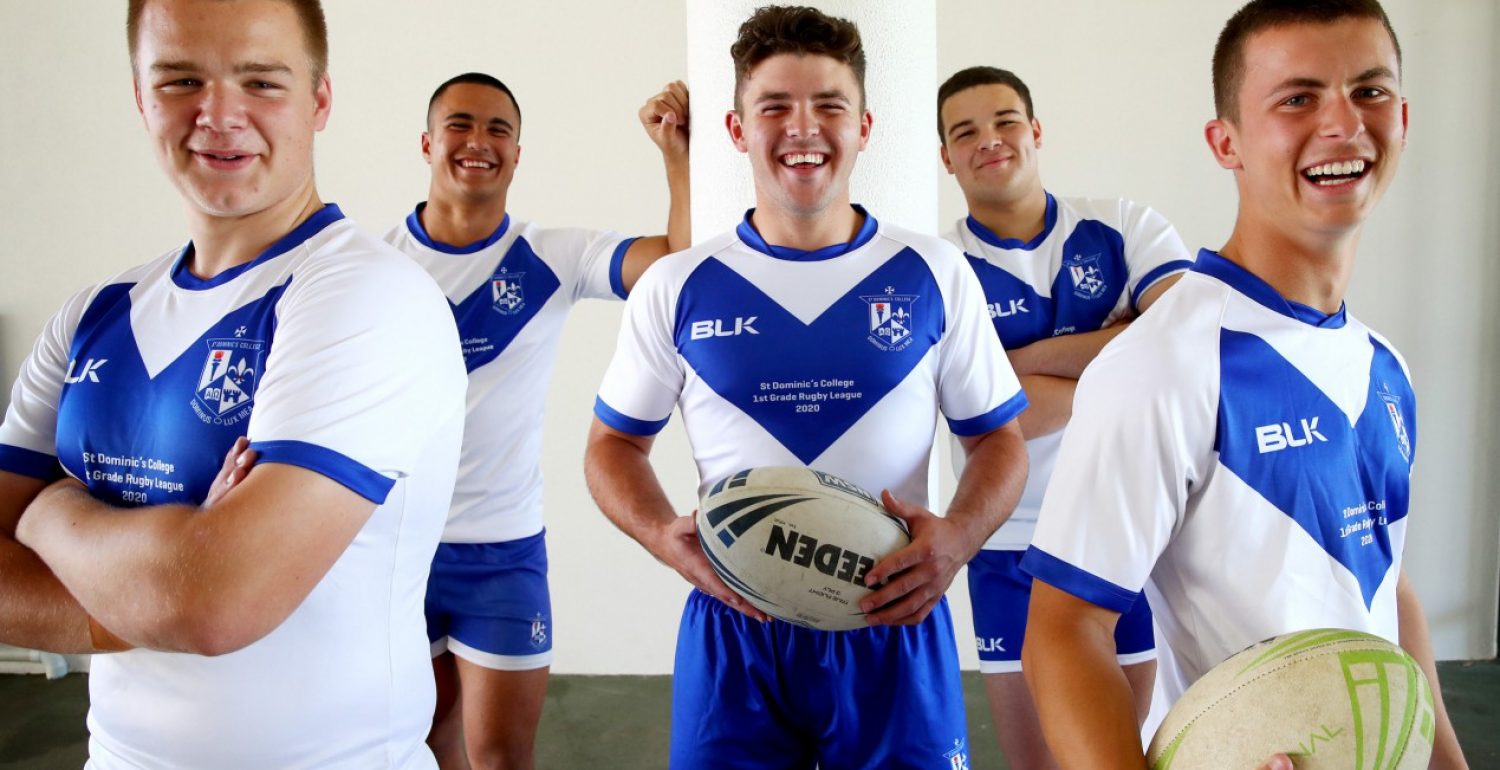 Westfields Sports High survived a serious scare from St Dominic’s College to progress through to the NRL Schoolboy Cup Semi Finals with a 16-12 win at Windsor Sporting Complex.

Inspired by the gutsy spirit of their star alumni Nathan Cleary, St Dom’s threw everything at the reigning champions.

After being denied two match-winning tries in the dying minutes of the match, halfback Keagan Russell-Smith praised his young side for refusing to give up.

“It was devastating and doesn’t always go your way, but I couldn’t be any more proud of the boys, every player just put in 100 percent,” Russell-Smith said.

“They’re obviously a top school, but the way we played, I think we belong up there too. It’s just building blocks for next year, we’re mainly Year 11 students.”

Russell-Smith impressed with the boot and showed great composure in attack.

“Every time I watch the footy, I’m always looking at Nathan Cleary, he’s someone I try to model my game after. Coming from the same school too, we all really look up to him” Russell-Smith said.

But in the end, Westfields refused to let St Dom’s pull off an upset – namely their centre Carson Kaho, the Rabbitohs SG Ball star responsible for their desperate try-saving tackle before full time.

Westfields’ prop Samuel Iese said his team has work to do, ahead of their semi final clash against Hills Sports High.

“It was good to get the win today, but it was really sloppy, especially in the second half when we were losing. Lucky we had the energy to hang in,” Iese said.

“They had a lot of enthusiasm, and we gave them too many opportunities.

“Hills just never give up, that game against Holy Cross they were down 20-4 but they came back, so it’s going to be tough.”

The powerhouse school – who has won three of the past four southern conference titles – opened the scoring via big Solomone Saukuru.

Westfields’ fullback – who played in the front row for the Bulldogs Harold Matthews side – created an overlap on the right edge to crash over in the corner. With Caho’s conversion, they led 6-0.

St Dom’s survived repeat sets and 16-year-old fullback Liam Ison got his school out of jail on a number of occasions.

After a strong run by hooker Ryley Smith, St Dom’s five-eighth Luke Hanson fired a brilliant cut out pass to send Jack Burgess over in the 12th minute. Russell-Smith added the extras to level the score 6-6.

Westfields continued to target St Dom’s left edge and in the 24th minute second rower Api Saukuru got a beautiful flick pass away to his Ashton Kolinisau who touched down in the corner. With the conversion waived, Westfields led 10-6 at half time.

St Dom’s tried everything at the end, but were denied by the referees and unable to steal the win.

Smith booted a clutch 40/20 at the start of the second half that resulted in second rower Lachlan Blackburn stepping five defenders to crash over under the posts. Russell-Smith converted and suddenly Dom’s edged ahead 12-10.

Westfields were eventually rewarded for their persistence, when Justin Matamua got low and burrowed over in the 54th minute. Kaho’s conversion brought the reigning champs back in front 16-12.

St Dom’s refused to give up, forcing goal line drop outs and drawing penalties in the closing minutes.

They came heartbreakingly close to victory twice in the final seconds – with referees denying two potential tries after ruling Dom’s threw a forward pass and knocked the ball on.

Westfields are likely to face Hills Sports High School in their sudden death semi final to be played over the coming weeks.

NRL Grand Final 2020: Junior coaches open up on what made Panthers stars so special