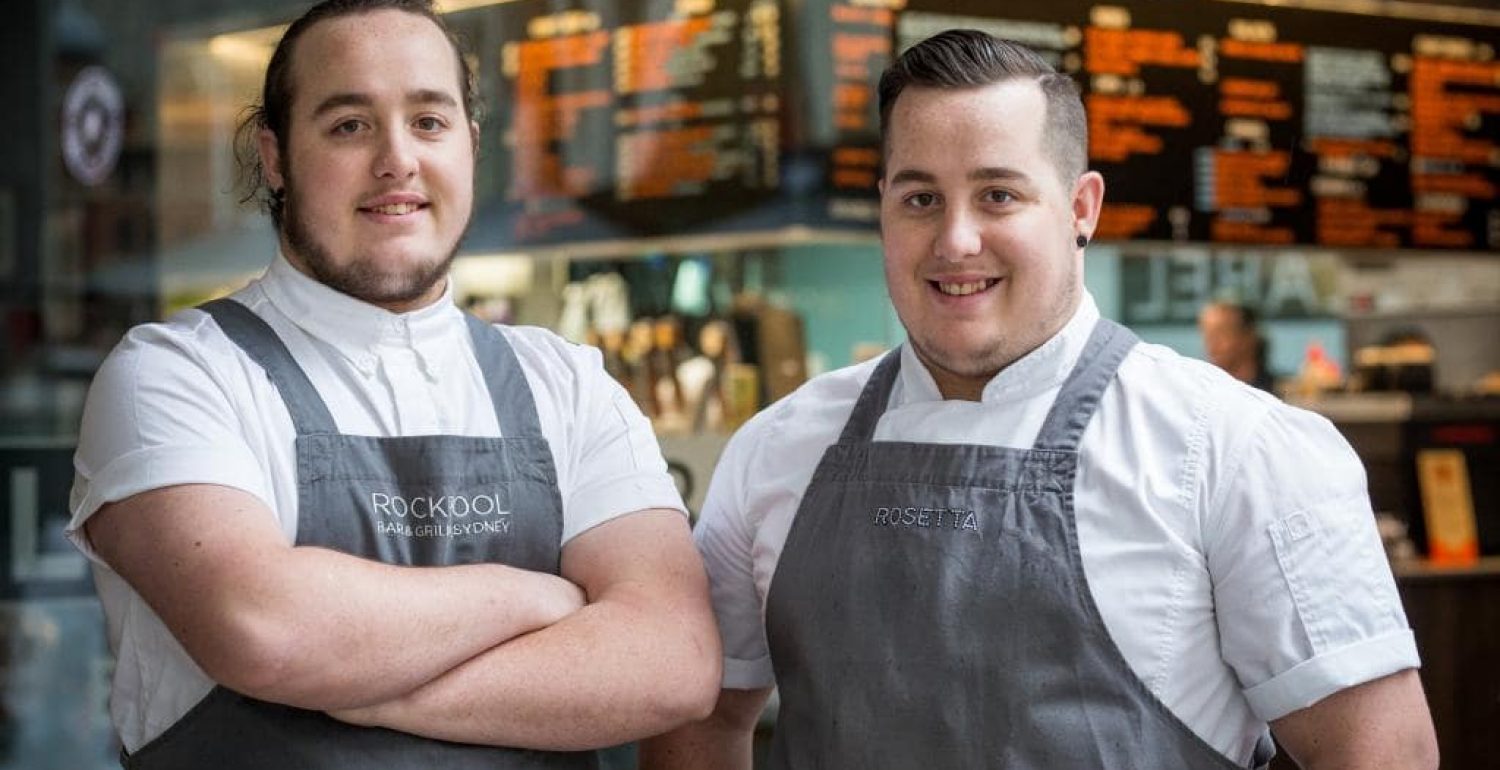 Ex- Students of the College, Samuel and Luke Bourke (22) have recently been featured in both the local Penrith Press and the Sydney Morning Herald for their fine achievements in as Junior Chef’s at the two-hat Sydney restaurant, Rockpool.

Sydney Morning Herald can be found here, the article featured in the Penrith Press below;

AS twins, Samuel and Luke Bourke share a lot — including a mutual love of cooking.

The 22-year-olds work at Rockpool Dining Group, with Samuel a junior sous chef at Rosetta in The Rocks and Luke the chef de partie at Rockpool Bar & Grill on Hunter St in the city.

The twins discovered their love of cooking during high school at St Dominic’s College in Penrith.

“Both of us have always had a passion for food and cooking, but it wasn’t until studying hospitality as a subject at school that we knew it was the right career for us,” Luke said.

“We loved it and thought there’s nothing else we’d rather do than cook.”

Bar at Rockpool overlooking the kitchen.

Their careers kicked off in 2016 — after finishing high school — when they successfully applied for the National Indigenous Culinary Institute, a training and mentoring program for aspiring Indigenous chefs.

“It was such a fantastic opportunity to be presented with, we couldn’t let it pass us by,” Samuel said.

“It opened up the door to working in some of the best restaurants in Sydney, as well as giving us the basic skills and knowledge to excel in the industry.”

After discovering their respective niches, they landed their current roles a year ago and Samuel said they were both “loving every minute”.

“We work with such talented and interesting people, so we’re always gaining new knowledge from those around us.”