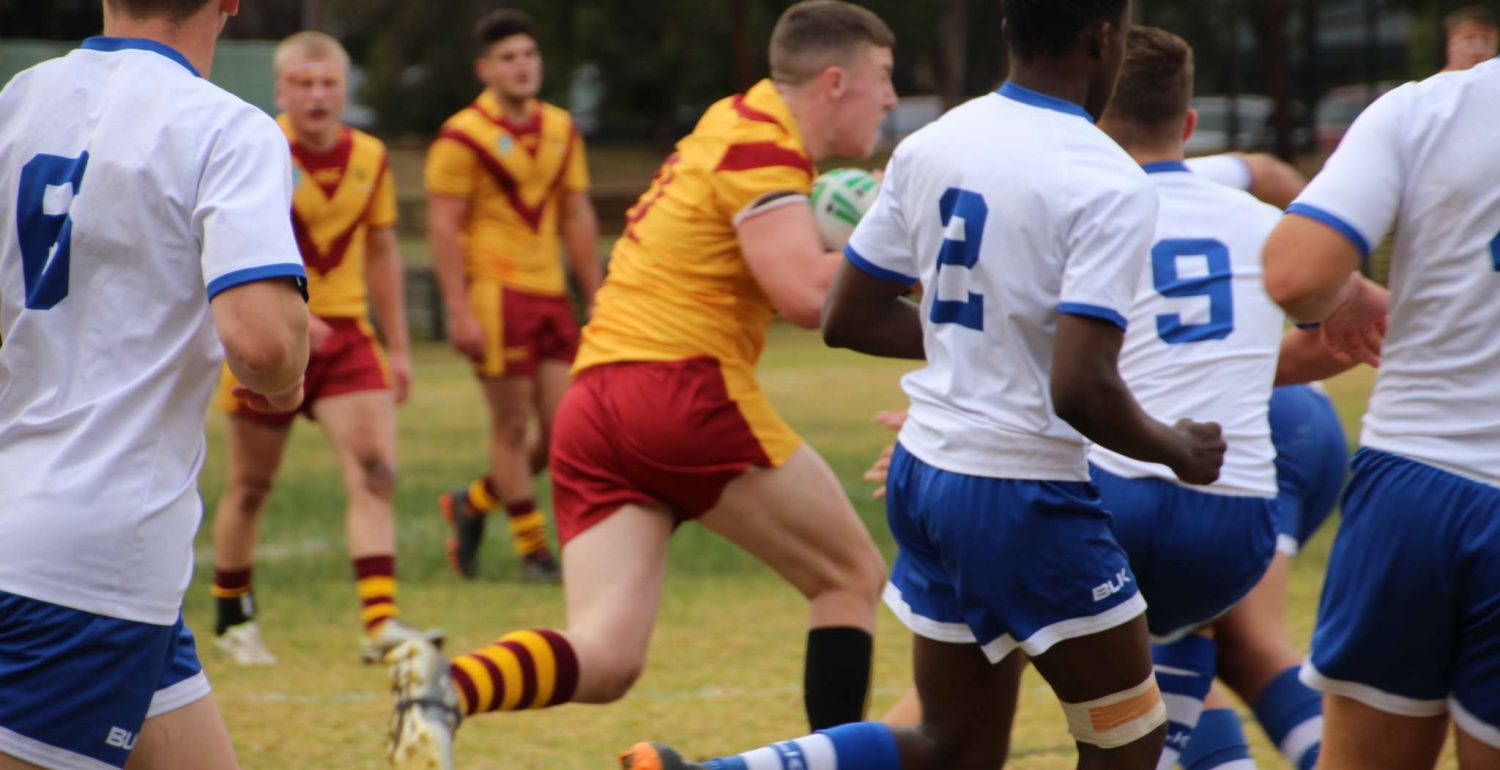 On Thursday, 4th July, the First Grade Rugby League Team played their final game of the NRL Schoolboy Cup against Holy Cross College Ryde. Both teams had previously lost to St.Greg’s Campbelltown and both had beaten Bass High with the winner of the game taking second place in the pool.

The two schools have a long on-going tradition of great matches with St.Dominic’s winning in 2016 and Ryde revenging that loss with a win in 2018.

Before the game the Penrith Panthers Academy Manager and Old Boy Sam Jones (class of 2008) presented the jerseys to the team. Sam gave a great talk to the boys about the tradition of St.Dominic’s College Rugby League and the honour of representing the College in First Grade. He also spoke of the importance of the strong connection between the Penrith Panthers and St.Dominic’s College. Sam was also very generous to once again run as the head trainer for the team giving the team a great advantage on the field.

The team started the started the game in fine fashion with a great try scored by Lachlan Blackburn off a great set play instigated by Keagan Russell-Smith. From here on, Ryde dominated the rest of the half to take in a 16-6 lead a half time. The second half unfortunately continued in the same way as St.Dominic’s made too may errors in the wet conditions and Ryde ran out convincing winners. Best player for St.Dominic’s was captain Trent Borthwick who once again dominated the middle of the field.

Despite this result the team can be proud of the season they have had. With a team made up predominantly of Under 16’s players, the team did extremely well to finish up 3rd in the MCS competition and 3rd in their NRL Schoolboy Cup pool. The future looks very bright for this team.