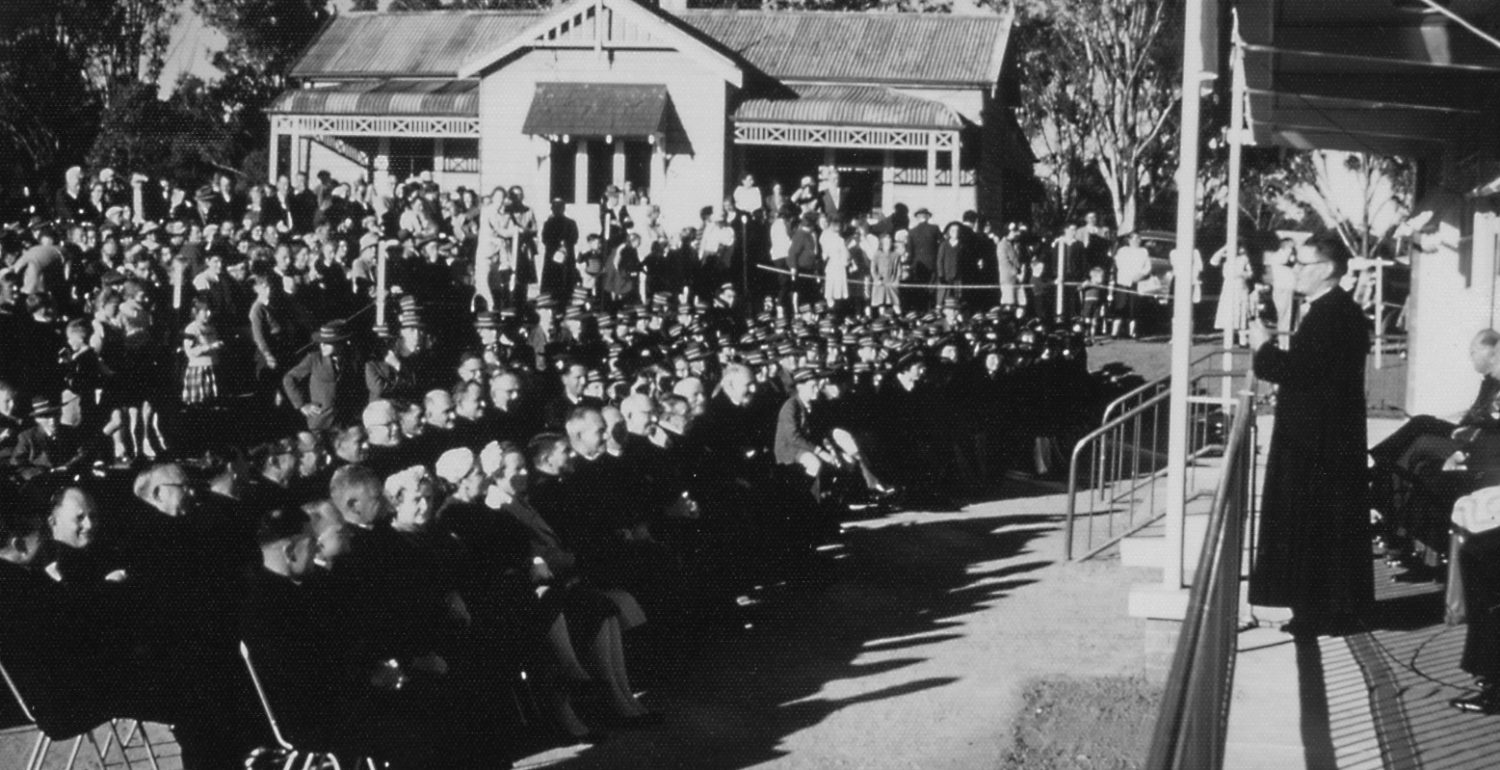 Our rich history and foundations 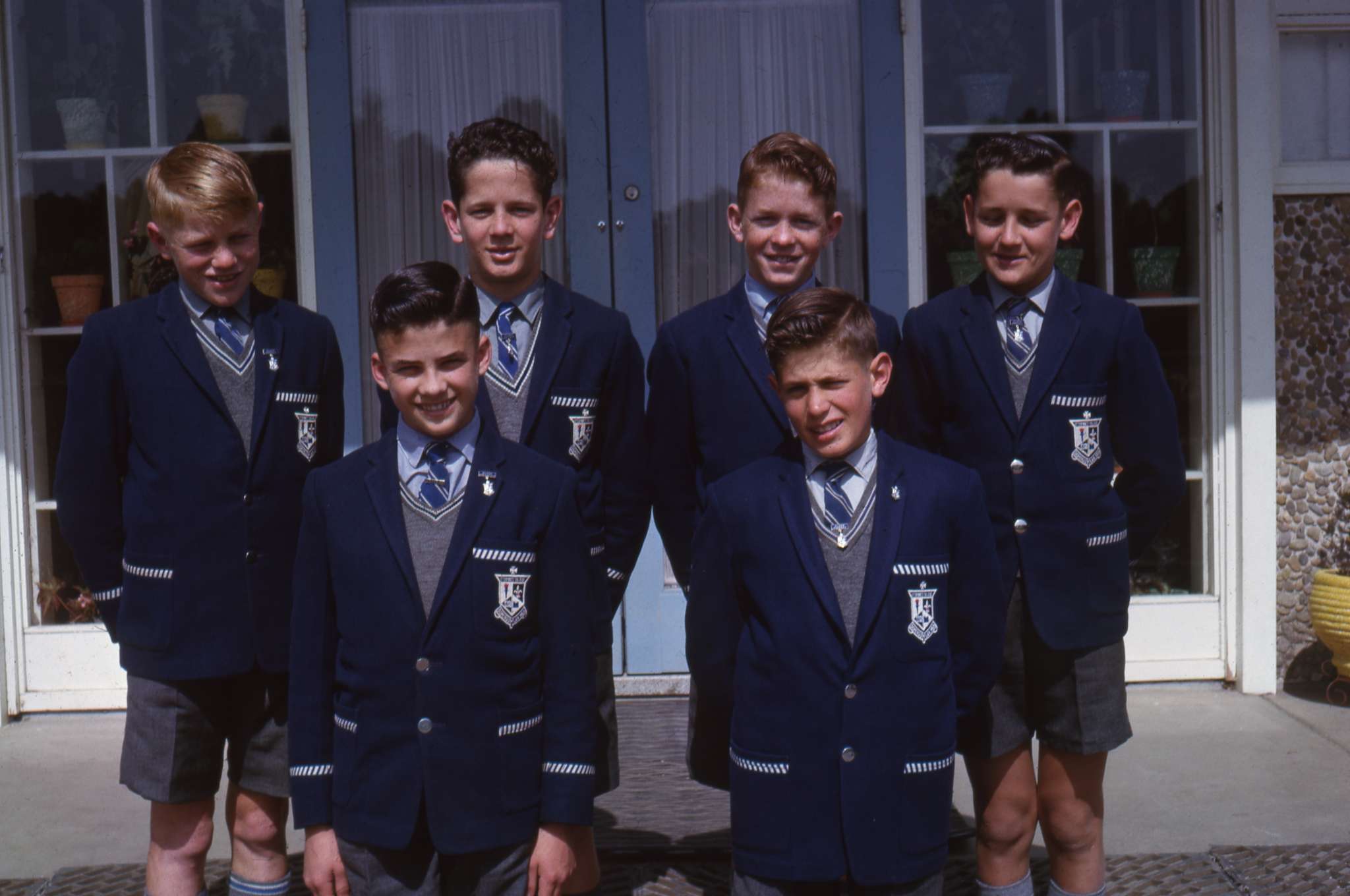 St Dominic’s College is a Catholic High School catering for boys from Years 7 to 12 in the Penrith District. The College was originally established in 1959 by the Christian Brothers in temporary facilities in the old Convent on Evan Street, Penrith. In 1960, under the direction of Br M.D. Surawski, the College moved from the small, two classroom site to our present Campus in Gascoigne Street. The College has since undergone significant expansion, with our current facilities designed to comprehensively meet the educational needs of our students.

St Dominic’s College provided education for both male and female students from 1978 to 1985, until the establishment of McCarthy Senior Catholic High School at Emu Plains. After this, the College then resumed delivering comprehensive boys’ education to all male students. At its foundation in 1959, the College enrolled Primary and Secondary students to the Leaving Certificate in Year 10. Primary classes were discontinued in 1980 so that more secondary students could be enrolled, and the College could focus on quality Secondary schooling. In 1999 St Dominic’s started the process of extending classes from Year 10 to Year 12, incorporating the Higher School Certificate into the College curriculum in 2000.

St Dominic’s College, as a school in the Edmund Rice tradition, is meeting the educational needs of students by providing state of the art facilities and constantly improving teaching and learning through research and practice based initiatives. The College has established and maintained a strong reputation in the wider Penrith community, and we will continue to uphold and nurture this into the future.

The College currently accommodates over 1000 students from Years 7 to 12. Students travel from most surrounding suburbs, including Penrith, Glenmore Park and the greater Penrith area (bounded by Springwood, Richmond, Rooty Hill and Silverdale), as well as further outlying areas of greater western Sydney.

‘Dominus Lux Mea‘ – The Lord is my Light.

If we can inspire the young men who leave St Dominic’s to make the Lord their Light, they will have the moral courage to fear no one as they strive to continue as good and caring persons in a world that seems to be crying out for true love and concern.

The St Dominic’s crest is in the form of a shield, which is surmounted by a Cross and mounted on a scroll bearing the College motto, ”Dominus Lux Mea“.

The Cross is a reminder of the Cross on which Christ died for our salvation. It is the inspiration of the Christian life and it would be our hope that the students who pass through St. Dominic’s would always remain loyal to Christ and his teaching.

The Shield is divided into four quadrants, each bearing a symbol to represent some aspect of the Spirit or Inspiration of the College.

The Burning Torch indicates the Faith which is bestowed on us at Baptism and which our teachers endeavour to foster in the students.

The Fleur-de-lis is the heraldic lily that represents Royalty.

The Book on the crest is the Book of Learning.

The Bridge-like Span represents Penrith and its Nepean River.

The Torch: is our hope that all students will carry the torch of their Christian faith on through life and in turn pass it on to their children. The torch also symbolises the lamp of learning which dedicated teachers carry to the students who pass through the halls of St Dominic’s. The College has a proud tradition of scholarship which it fosters in each generation of students.

The Fleur-de-lis: is meant to remind the students of their dignity as individuals and as Christians. As St Paul reminds all Christians: “You are a royal priesthood, a chosen people”. The thought of the dignity that is ours as sons of God ought give us the courage and hope which is needed to persevere in loving God and imitating His Son, Jesus Christ.

The Book of Learning: is a reminder that the purpose of the Congregation of the Christian Brothers is an educational one, and that the ultimate knowledge is the knowledge  of Christ who is the “Alpha” and the “Omega”, the Beginning and the End, of all Creation. As you look closely at the book on the crest, you will see the two Greek letters, the first and the last of the Greek Alphabet.

Penrith and its Nepean River: St Dominic’s College was founded to provide a Catholic education for the people of the Penrith District. Year after year, it sends out its students to make their contribution as patriotic members of their city and their country.

Edmund Rice was born in Callan, on June 1st, 1762. At an early age, Edmund Rice would have been aware of the poor conditions that Catholics were forced to suffer. Edmund’s

parents were aware that it was important for their children to receive a good education, which was denied to most Catholics. Years before Edmund’s birth (under the Penal Laws) many Catholic children were taught in secret – usually by a travelling teacher who would go from farm to farm and teach beside a river or behind a shed. However, it was the poor of Waterford that attracted Edmund’s immediate concern and attention.

To become a priest would have required Edmund, by law, to leave the country. To improve their situation was not going to be easy. It would require changing the very structures of the society that caused and allowed these people to be oppressed. This change could only be achieved by educating and equipping them with skills to survive in society. By 1793, he was determined to open a school for boys. However, at this time circumstances were not in his favour as many of the ruling class considered his thoughts dangerous and radical. Many felt that, if the lot of the poor were improved, their privileged position in society may have weakened. While some Catholic schools were operating, only those families who could afford to pay could gain an education.
Edmund began to devote much of his time to works of charity. On one particular day while Edmund was walking the streets, he came across a boy by the name of Johnny, a black slave whom Edmund saw on a ship moored at the Waterford quay. Read More…

Dominic was born of a poor family on 2nd April 1842, at Riva di Chieri, near Turin, Italy – one of ten children of a blacksmith and a seamstress. His birthplace is now a retreat house for teenagers and the home where he grew up in Morialdo is now a retreat house for children.The final house in which he lived is the home in Mondonio where the Savio family moved when he was 10 and where he eventually died at age 15. He had been a pupil of John Bosco and grew up in his Home for Boys.

Dominic had been a homeless child and John Bosco loved him as if he were his own son. He grew up a child among children – an adolescent among adolescents. An altar boy at age 5, he entered the Oratory School preparatory to becoming a priest at the age of 12. Dominic organized a group of people called the Company of the Immaculate Conception to help John Bosco.

Dominic’s group was very poor, but they struggled together joyfully and worked hard to make the homes of John Bosco succeed. When he entered the Oratory of Don Bosco, he was already docile to grace. His heart was pure and he was already disposed to die rather than offend God by sin. Such was his youthful piety, that he was granted the exceptional privilege of making his First Holy Communion when he was only seven. The normal age at that period was twelve. Read more…

Since the College was opened in 1958 we’ve had 16 College Principals. Read more… 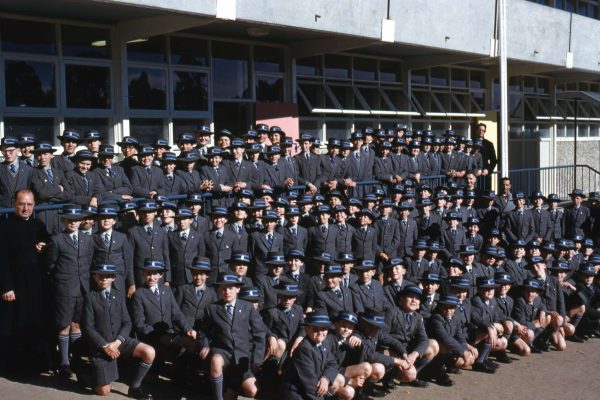 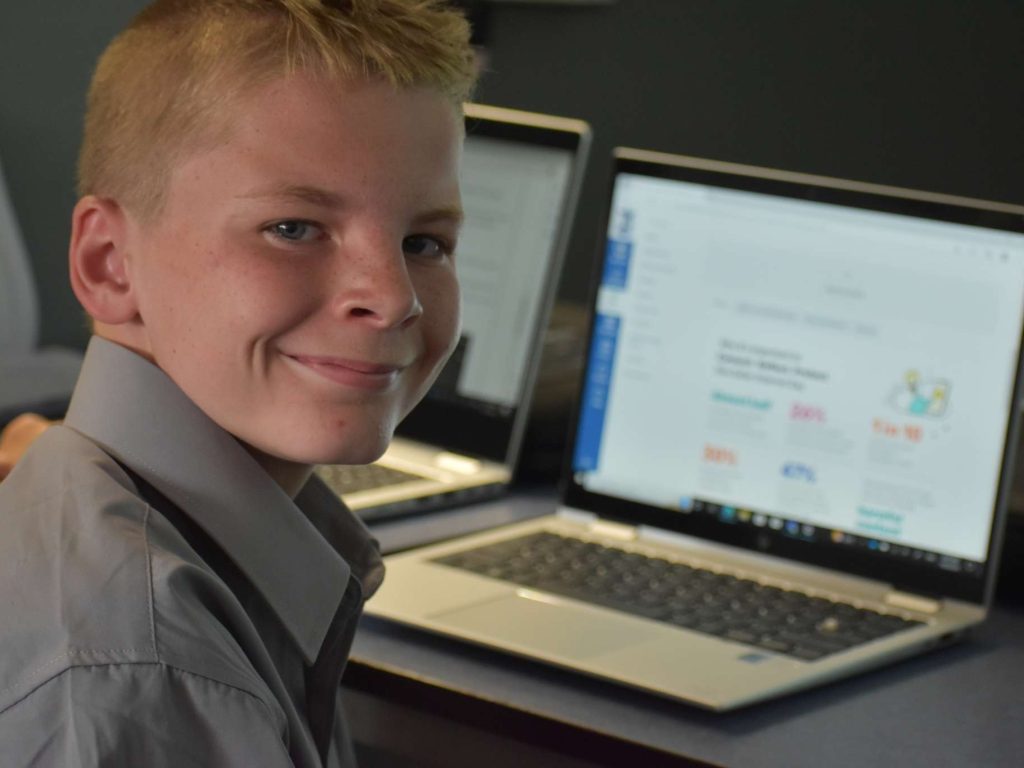 St Dominic’s College is a proud advocate of Safe Internet…