Dominic was born of a poor family on 2nd April 1842, at Riva di Chieri, near Turin, Italy – one of ten children of a blacksmith and a seamstress. His birthplace is now a retreat house for teenagers and the home where he grew up in Morialdo is now a retreat house for children. The final house in which he lived is the home in Mondonio where the Savio family moved when he was 10 and where he eventually died at age 15. He had been a pupil of John Bosco and grew up in his Home for Boys.

Dominic had been a homeless child and John Bosco loved him as if he were his own son. He grew up a child among children – an adolescent among adolescents. An altar boy at age 5, he entered the Oratory School preparatory to becoming a priest at the age of 12. Dominic organized a group of people called the Company of the Immaculate Conception to help John Bosco.

Dominic’s group was very poor, but they struggled together joyfully and worked hard to make the homes of John Bosco succeed. When he entered the Oratory of Don Bosco, he was already docile to grace. His heart was pure and he was already disposed to die rather than offend God by sin. Such was his youthful piety, that he was granted the exceptional privilege of making his First Holy Communion when he was only seven. The normal age at that period was twelve.

He was still a child, but when one reads the resolutions put down in his own handwriting to mark the occasion, it is easy to see how adult in will he already was. Outstanding among the resolutions is that which he took for the motto of his life: ”Death but not sin!” All who had any dealings with him in his early years – his parents, his parish priest, his teachers and his companions – all testified to his extraordinary candor and sincerity.

To this, they tell us, was allied an amazing capacity for rendering good for evil, even in the smallest things. Dominic wrote many letters to his friends about his joy in helping poor and homeless children. Dominic is a model for young people who want to do important things for God. When the blame was put upon him by another lad for something which he had not done, he made no effort to defend or excuse himself. Afterwards, when asked by his teacher why he had not declared his innocence, the answer was worthy of one already so immersed in the ways of God.

“That boy had already been found guilty of other faults, so, for this one he would very likely have been expelled from school. As for myself, since it was the first offence of which I had been accused, I hoped I might be forgiven”. And he added the telling remark: “Besides, I thought of Our Divine Savior who was unjustly accused”. When Don Bosco welcomed Dominic to the Oratory, he was quick to admit that his new pupil was ‘good stuff’. With that simple, uninhibited trust that was so characteristic of him, Dominic asked the Saint: “What can you do with this ‘stuff’?” Don Bosco told him that, with it, could be made a lovely garment for Our Lord.

There was no hesitation. Dominic’s reaction was instant: “Very well, then. I’ll be the cloth, you be the tailor!” Don Bosco was among the first educators to recognize the importance of work. Daily work, regularly and conscientiously performed was a sure stepping-stone to sanctity. The schools which he opened for the teaching of arts and trades to poor boys had a two-fold aim. They were certainly to help boys to equip themselves to take employment and to earn a living. But that was not all. The boys were taught to see how God could be served and their own lives sanctified.

Generations of lads in the Salesian schools of arts and trades and in other types as well, have learned, thanks to Don Bosco and his sons, the love of work conscientiously done and its value for heaven. Young Dominic Savio has been acclaimed by the Church as the perfect model and fruit of Salesian education. Calm, cheerful, cordial, lovable and always affable, even in the midst of suffering and mortification, he was a model for his companions.

They idolized him and he exercised his influence with them to keep them from evil and to draw them towards all that was beautiful, upright and good. His gentleness won them.

With the grace that was in him he conquered them. His had the knack of being able to reprove without giving offence, and to admonish without humiliating. When he was still only twelve, he knew well that he had not long to live. He remained at the Oratory only three years. His health was so frail that he could no longer keep up with the daily round of study and work. And so, with real regret, it was decided to send him home to be cared for by his family.

Though he was aware that the news was really a sentence of death, he took it with his usual calm. “Au revoir”, he called to his friends, “until we all meet again in God’s company”.

Dominic Savio was Don Bosco’s masterpiece and would not be lost. It was March 9, 1857 at Mondonio, Italy, when the first flower of the Salesian Oratory unfolded it’s blossom in heaven in the glory of the Saints.

Dominic died in the fame of sanctity when he was hardly fifteen years of age. His dying words: “What beautiful things I see!” His tomb is in the basilica of Mary in Turin, not far from the tomb of his mentor, teacher and biographer, Saint John Bosco”. 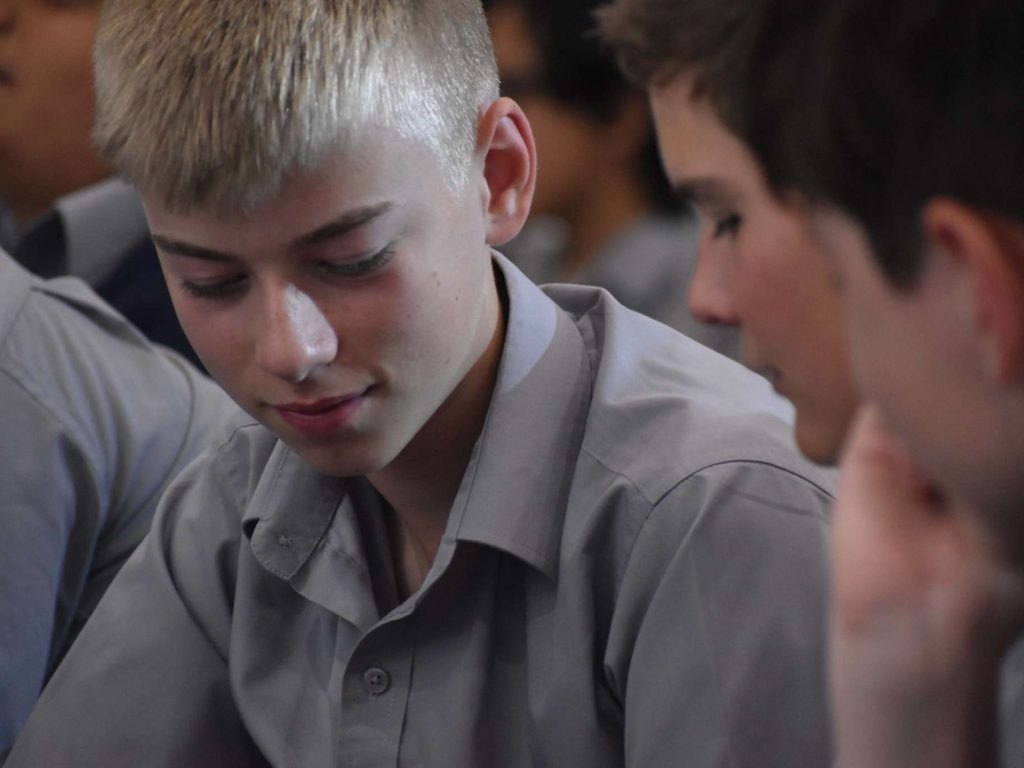