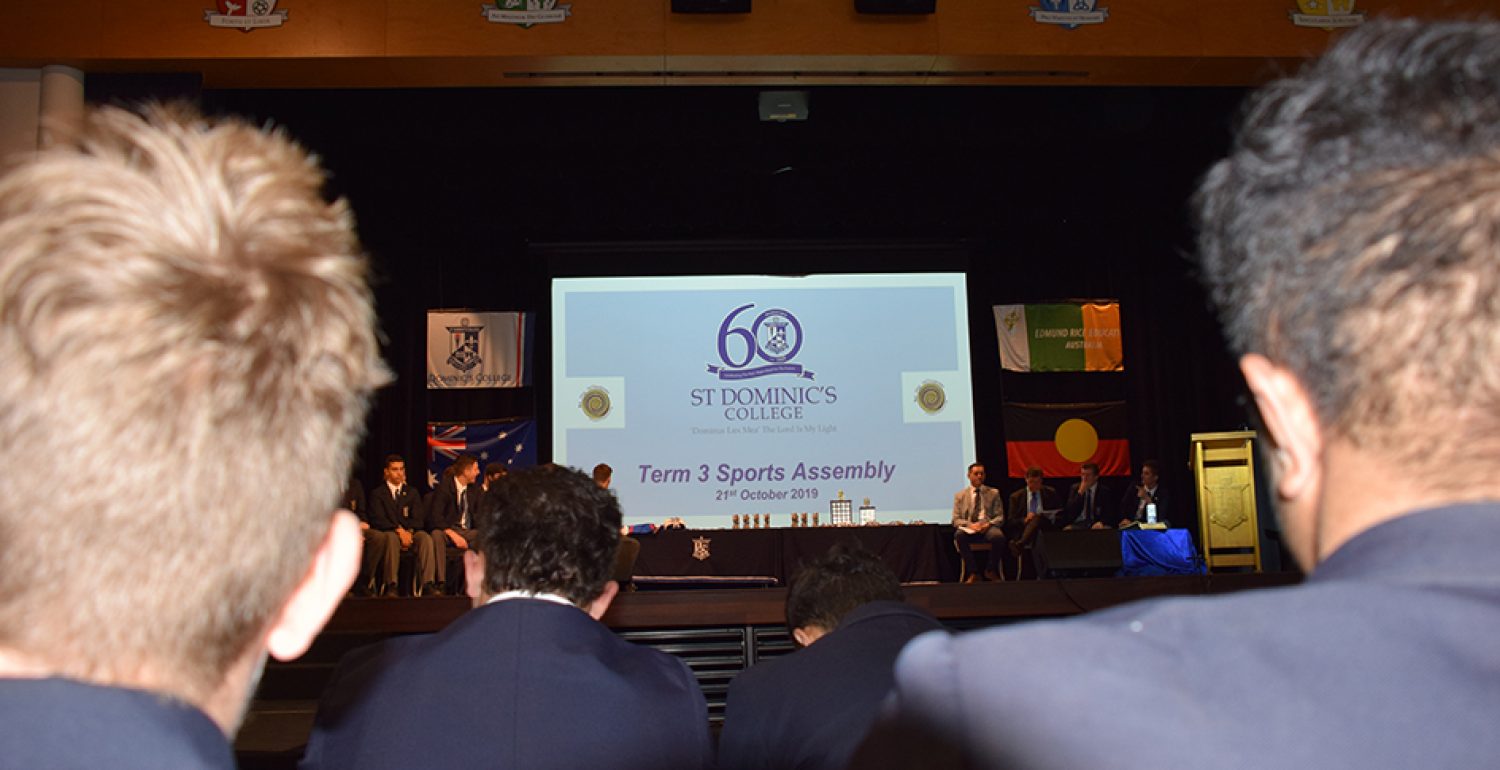 We have had a variety of outstanding team and individual performances throughout the Term. Reaffirming our sporting success, is the fact that St Dominic’s College was represented in all MCS Grand Finals in Term 3. We have also had some exceptional individual success in both Golf and Athletics at the MCS and NSWCCC levels.

It was particularly pleasing to see that at the MCS Athletics’ Carnival, students from St Dominic’s College were represented in every event possible. Our results as a College, truly are a reflection of the hard work and dedication from both our staff and students.

Sport is an integral part of the St Dominic’s tradition.  We as a community, attempt to uphold a culture of mateship, hard work, sportsmanship and discipline.

In addition to the values sport at our College instills, it creates memories that students will look back on post schooling years.

Congratulations to all our award recipients.