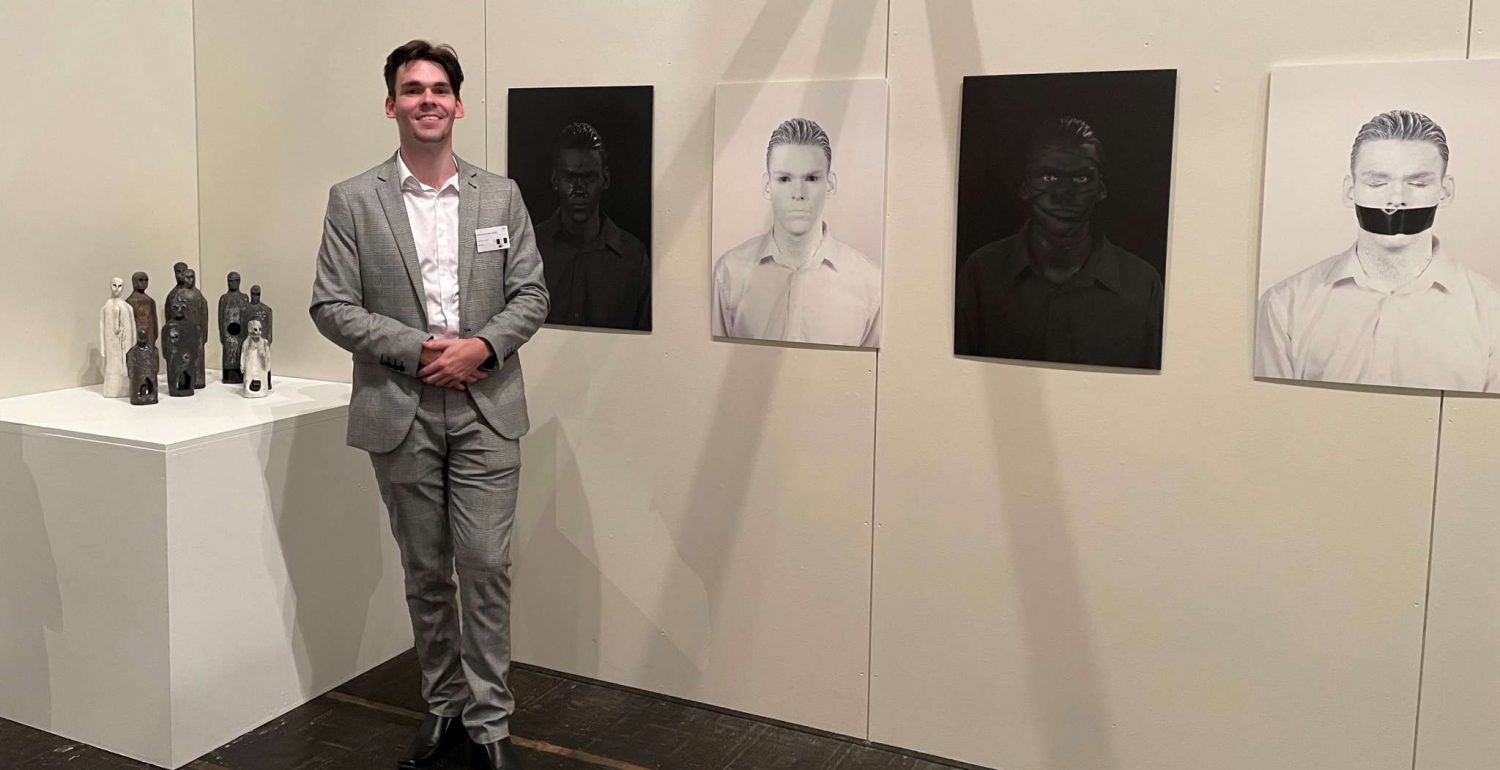 Last night we celebrated the achievements of Year 12 Visual Arts student Kaleb Borkowski-Uphill at the opening of ARTEXPRESS.

ARTEXPRESS is an annual exhibition of exemplary artworks created by students for the HSC in Visual Arts. The works represent a broad range of subject matter, approaches, styles and media including painting, photomedia, drawing, printmaking, sculpture, graphic design, documented forms, textiles and fibre, ceramics, time-based forms and collections of works.

Kaleb’s artwork – Inside Out, is one of 59 students on display at the The Armory, Sydney Olympic Park. The exhibition is open to the public daily from the 2nd March – 25th April.

Inside Out explores the psychological, physical and emotional states of men’s mental health. The nine sculptures represent the fragility, pain and struggles of their internal battles with wellbeing. The deliberate mark-making scarification on the sculptures represents illness. My intent in manipulating clay into a series of simplistic, distorted figurative forms is for the audience to interpret the work in multiple ways. The self-portrait photographs are a personal expression of the heightened mixed emotions of stress, anxiety, depression, isolation, loneliness, inferiority, numbness, sadness and fear.    Kaleb Borkowski-Uphill 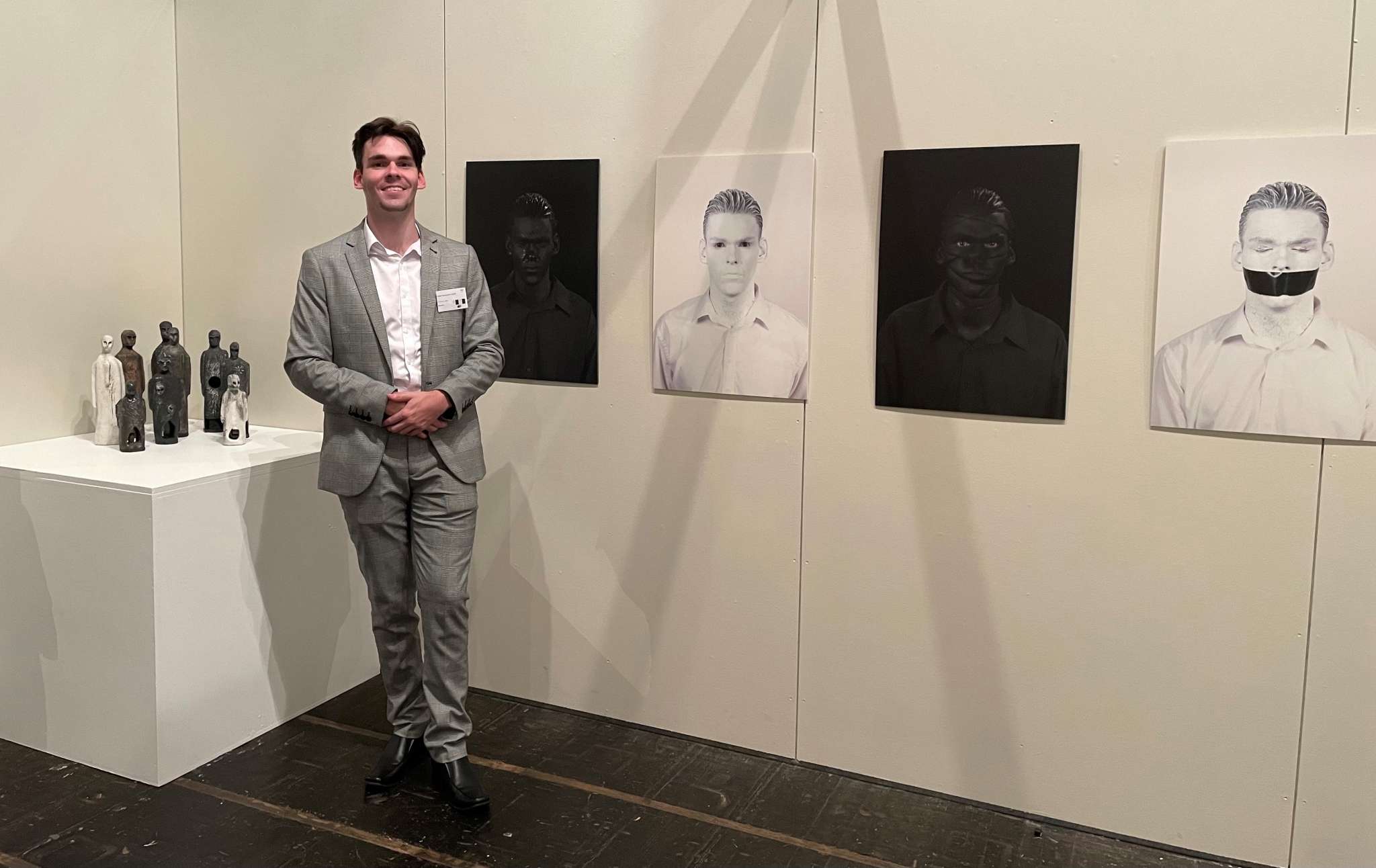 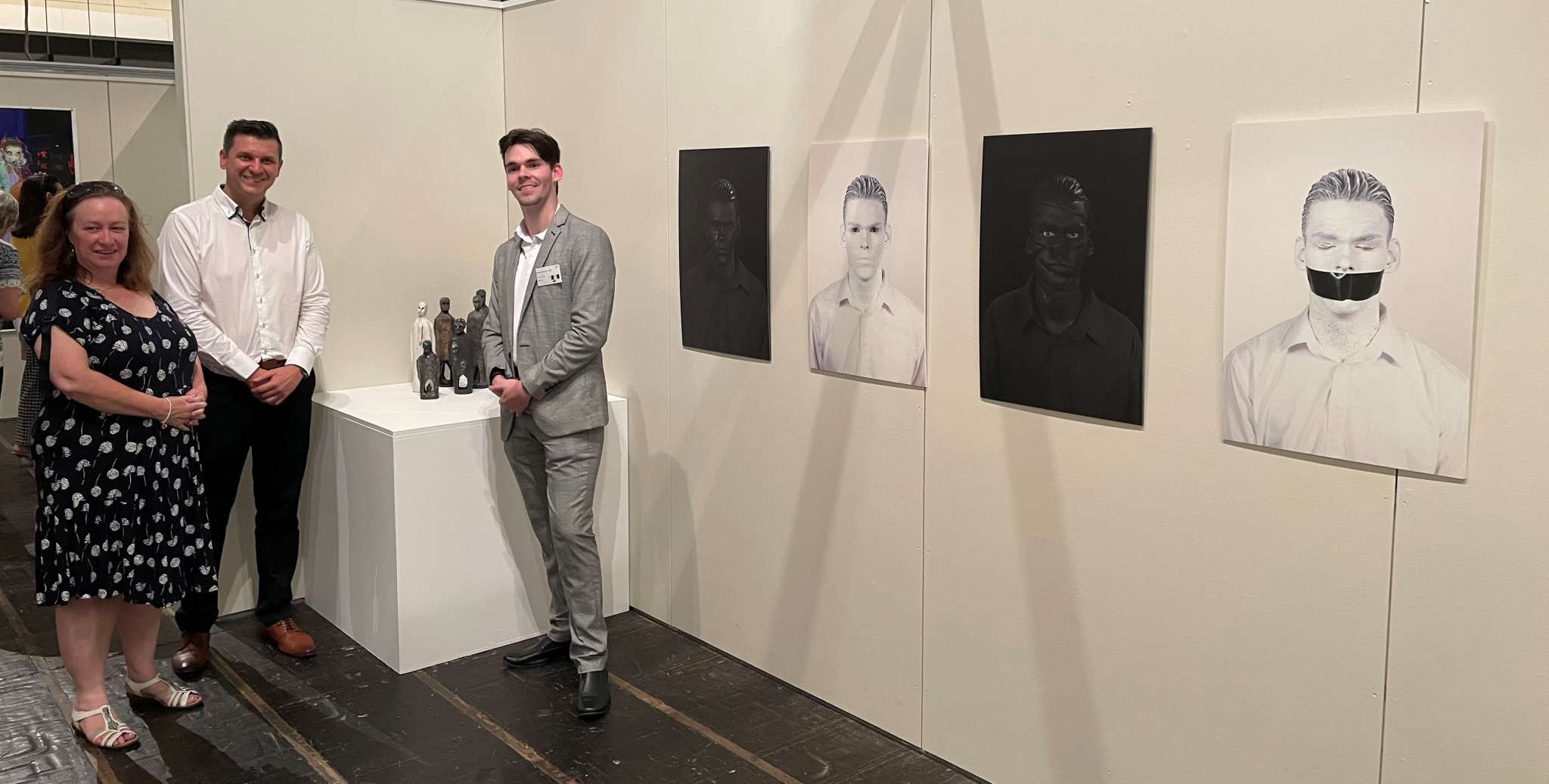