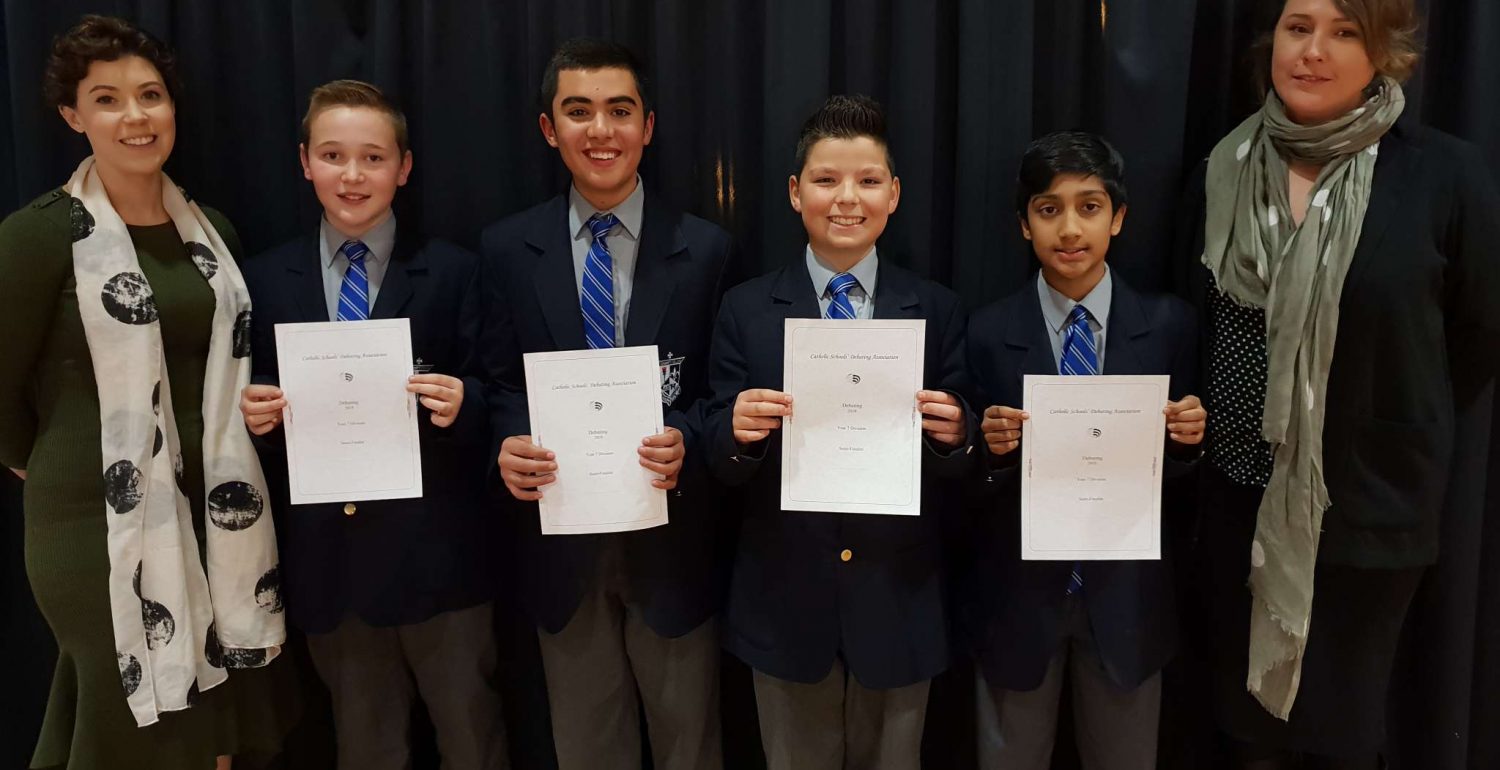 After a term of Friday night debating the Catholic Schools Debating Season has officially drawn to an end for 2018.

The efforts of all debating teams involved this year should be acknowledged and we applaud their outstanding representation of the College.

We would like to give a special mention to the Year 12 Debating Team; Jacob Cohen, Wade Bocking and Caleb Stuckey, who competed in the last debating season of their schooling career. Unfortunately, the boys were defeated by Loreto Normanhurst in the Elimination 2 Round debate, but nonetheless displayed tremendous knowledge of their world around them and great sophistication in their arguments.

We would also like to give mention to the Year 7 Debating Team, who went through eight rounds of debating undefeated and on Friday night debated in the semi-finals however, in a very close debate, they were defeated by Brigidine College, Randwick. Students Jose Corcio, Nicholas Papapavlou and Caleb Fayers should be congratulated on their outstanding effort.

Many thanks needs to go to the staff of St Dominic’s College; Mr Magee, Ms Kennett, Ms Simpson, Ms Smith and Ms Torpy, who act as coaches and adjudicators to the students, and without whom debating could not go ahead.

We look forward to another successful season in 2019.