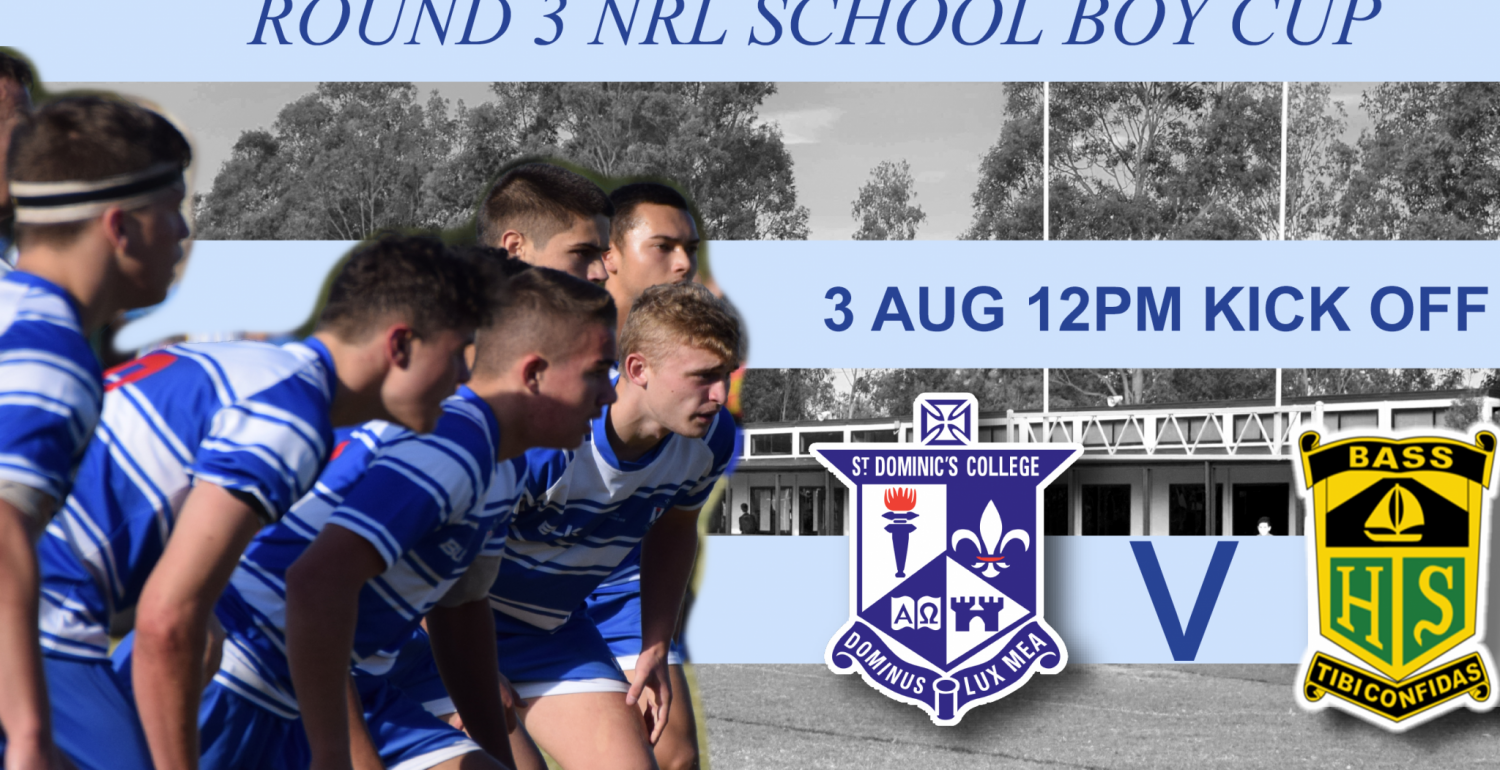 The team went in knowing that a win could see them make the national quarter finals. After a slow start the team were down 12-0 after just 10 minutes.

The team didn’t panic though and fought their way back into the game with Australian Schoolboy representative Zac Cini scoring a first half hat trick to give St.Dominic’s a 18-12 lead at half time. Some simple errors again let Bass High back into the game and they scored twice to take a 24-18 lead with 15 minutes to go.

Once again, St.Dominic’s saved their best football for the back end of the half with the boys running in three quick tries to win the game 34-24.

Although it wasn’t the team’s best performance they showed great determination and spirit to win the game in front of a big home crowd on Oval One.

With all games being completed, the team finished equal first in their pool but unfortunately can’t progress to the quarter finals due to an inferior for and against.

Well done on the win.