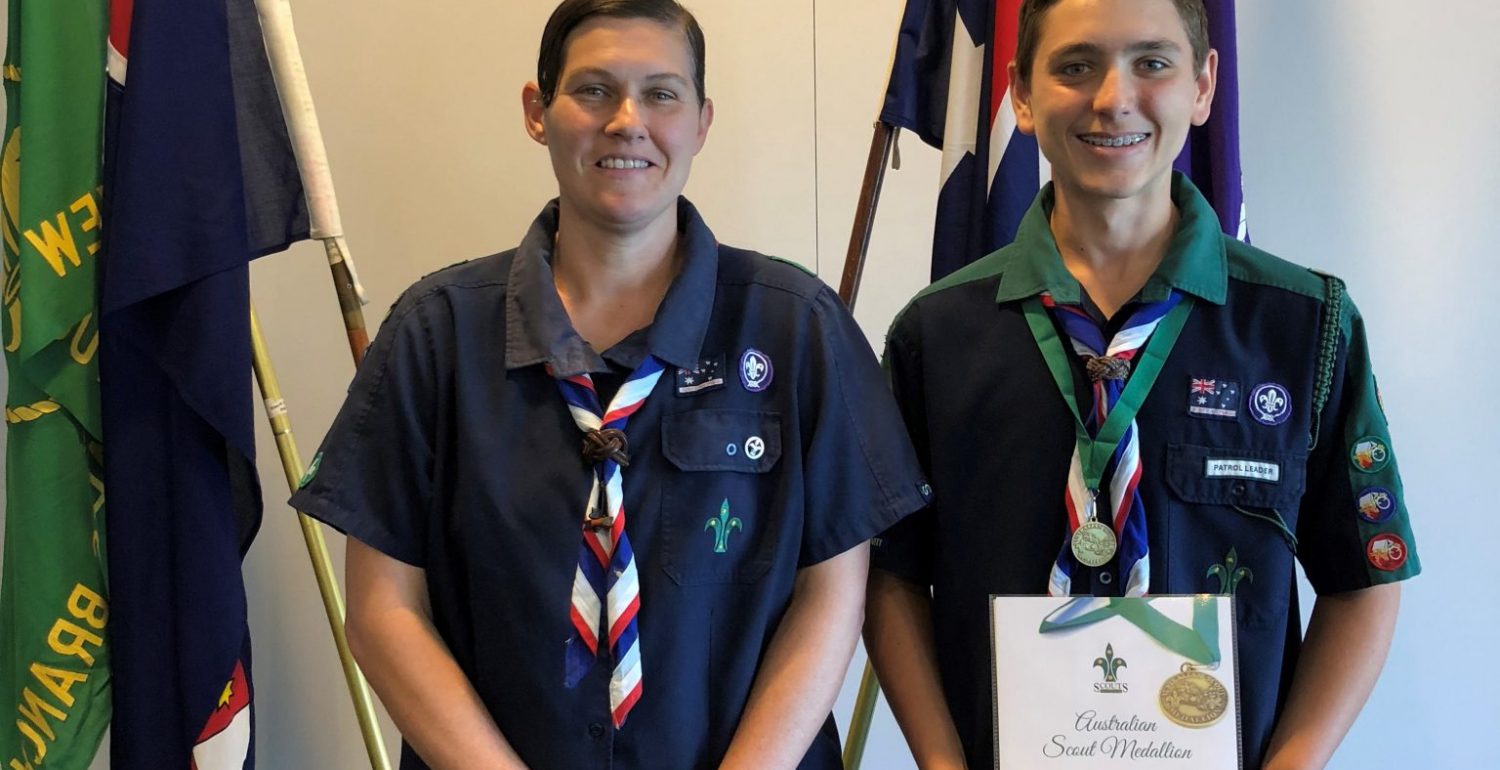 St Dominic’s is proud and honoured to share the achievement of Year 10 student Kai Hansen. Kai was presented with the Australian Scout Medallion on March 11th, 2018 in a presentation attended by Scouts, family and friends from across NSW.

The Scout Medallion is the highest award earned by Scouts, and is achieved by only the top 5% of Scouts in Australia. To achieve the highest level awarded to a scout Kai had to arrange and lead a 3 day/ 36km hike without any adult supervision and also plan and take leadership of an activity in the community. The details of this are in the citation below. Kai also organised at the end of last year a collection of food items to be sent to Australian troops in Iraq and Afghanistan to which he has received a thank you from one of our serving soldiers.

Below is the citation providing information on the Leadership Activity undertaken as part of the Australian Scout Medallion:

Kai is a member of the 1st South Penrith Scout Group. Kai wanted to show the senior citizens of his local area that Scouts are still involved in the community. He decided to hold a morning tea for the local retirement village and then ask the residents if they had any odd jobs they needed doing, such as washing the car, cleaning floors, hanging the washing out etc. He raised $327 which was donated to Lymphoma research via the Cancer Council and the left-over food was donated to the Church of the Rock.

Kai learned he needs to keep on top of his paperwork and emails. He also has a better understanding of how much effort and time leaders put into Scout activities. The troop felt rewarded for helping the community and putting Scouts out there.