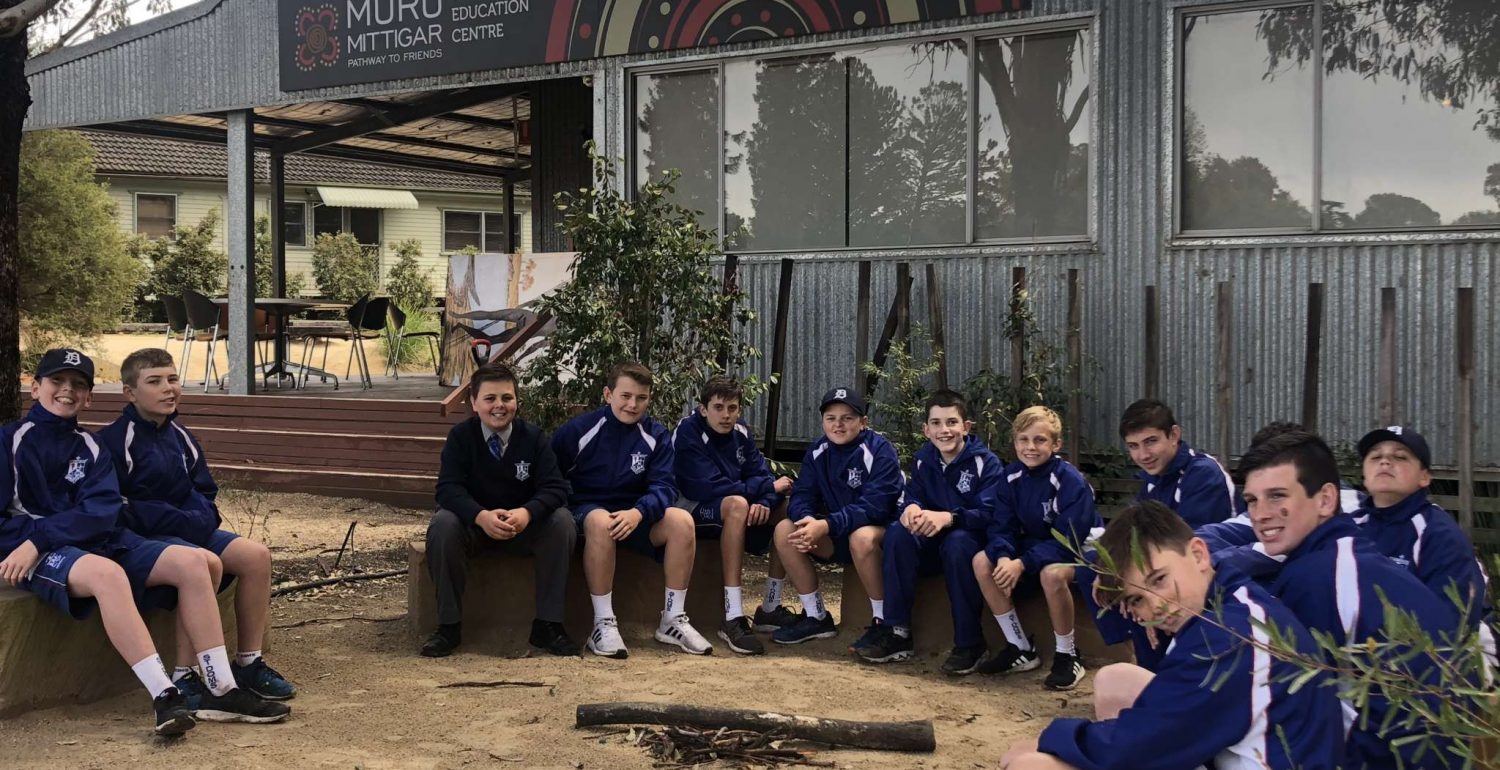 On September 26th our Indigenous students in Years 7 and 8 were given the opportunity to attend Muru Mittigar Cultural Education Centre, Rouse Hill. Our Indigenous guide Josh led the students throughout the day; giving them insight into various aspects of traditions and culture. The first session commenced with students gaining insight into different symbols used in Indigenous art and their meaning. Students were able to see different x-ray and dot paintings prior to creating their own story lines with the symbols.

In the second session, students were taken through the gardens of Muru Mittigar to learn of the various plants used for making tools, administering first aid and for food. Students were able to touch and taste a range of plants including the Grass Tree (Blackboy), Sand Paper Fig Tree and Lilly Pilly. Following on from the ‘bush tucker walk’ students were taught to art of throwing the Boomerang. Josh not only explained how to throw, but the way that Indigenous hunters would utilise the returning Boomerang to capture and net birds. Each of the students were giving an opportunity to practice their skills. Judging from the majority of throws, it is fair to say the boy’s have some practice to do.

The final session was the cultural presentation. Josh explored with students the various Indigenous ‘mobs’ throughout Australia. Josh spoke of different markings to separate territory; men and women’s business; initiations; navigation; and totems and customs of traditional life. Throughout his session students were given the opportunity to handle tools and weapons. Students were also given the chance to play the Yidaki (didgeridoo) while learning of its origins.

Thank you to each student who attended the day.

Also, a special thank you to Josh and the Team from Muru Mittigar Cultural Centre for hosting an excellent day.