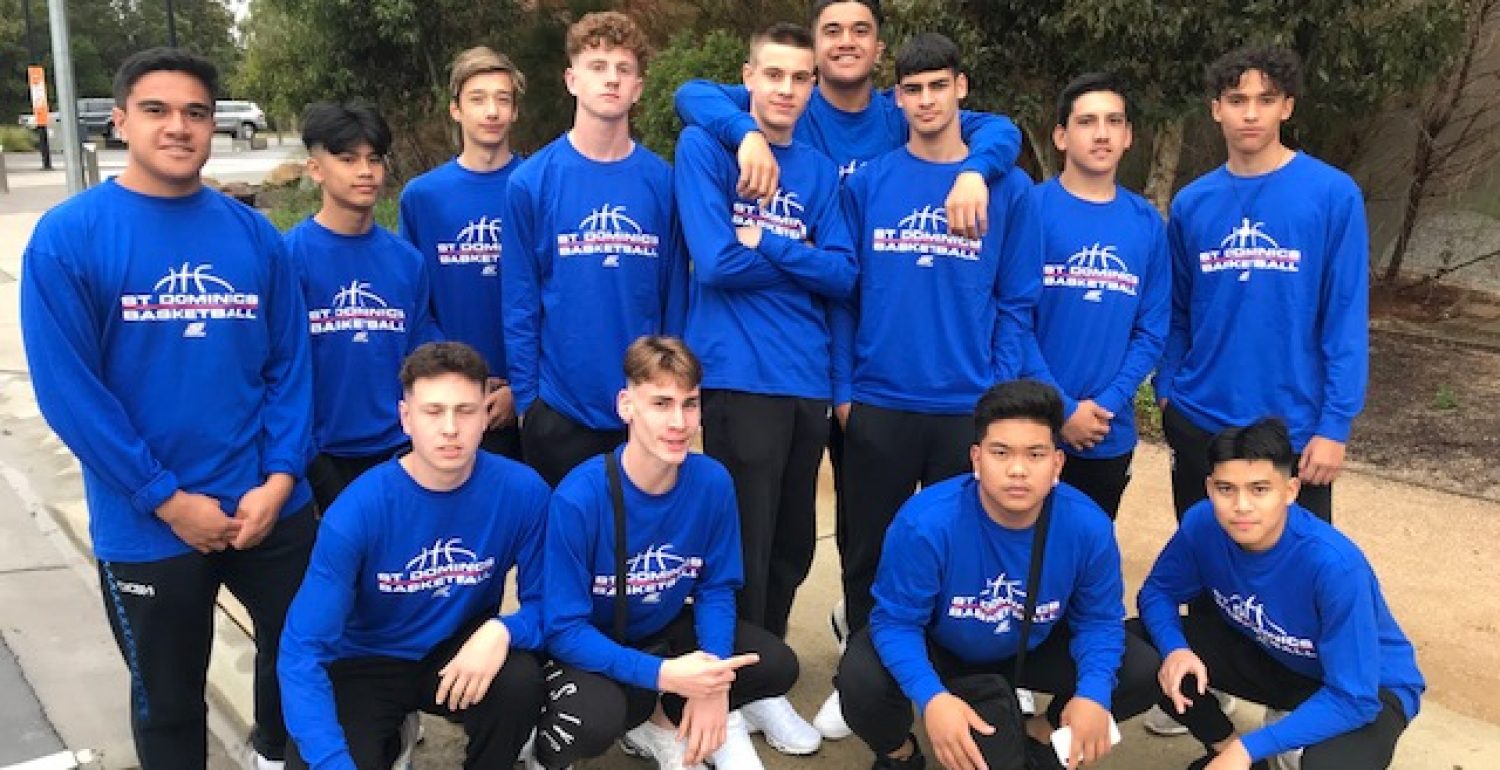 Congratulations to our College Basketball Team

On Sunday, 1st December, the St Dominic’s Under 17 (Yr 9&10) Basketball Team travelled to Melbourne to compete in the Australian Schools Championships held at the State Basketball Centre and Dandenong Basketball Stadiums.

This team was selected in May and had been training incredibly hard, including giving up many weekends and evenings, combined with the traditional recess and lunch trainings. A dominant performance in the NSW CCC Tournament in early Term 4 was a great lead up to the ASC’s and the boys were filled with confidence for a good res.

Our first three pool games against Rowville College, Bendigo East College and Cabra Dominican College were tight contests but we were able to prevail in all three games to finish at the top of our pool. This set up a qualifying final against the 4th place of pool D – Newington.

The game against Newington was the defining game of our tournament. We ended up winning by 30 but the win came at a large cost. Nic James was injured in the first play of the game and the starting point guard and Captain Jonah Pares was injured early in the second quarter. Both injuries were severe enough to warrant x-rays in hospital and the end of their respective tournaments.

Our quarter final game saw us play Hunter Sports High School. We lead this game for the majority but unfortunately we lacked a little bit of composure and experience at crunch time to lose a heart breaking game by 2 points. This result resigned us to the 5-8 playoff bracket. The cruelty of tournament basketball!!

Somehow we were able to pick ourselves up after that loss and managed to defeat St Josephs College by 4 to earn the right to playoff for 5/6th place on the Friday. This game ended up being against Rowville again, whom we had only just beaten with our full roster on day 1. Unfortunately we had also lost Jericho Balagtas for this last game meaning we were playing without 3 starters and a significantly weakened team.

We again lead for much of the game but unfortunately came up a little short to lose by 3 points.

I could not be prouder of the way the boys fought and played with such courage and determination. The adversity faced only made us stronger and tighter as a unit. All of the team should be commended for the way they conducted themselves throughout the tournament, both on and off the court. They are a credit to themselves, their parents and the College.

I would like to sincerely thank Mrs Bronwyn Birkett for giving up her time to manage the boys for the week, along with the countless hours of preparation prior to the tournament. We could not have done it without her passion and drive to support the boys.