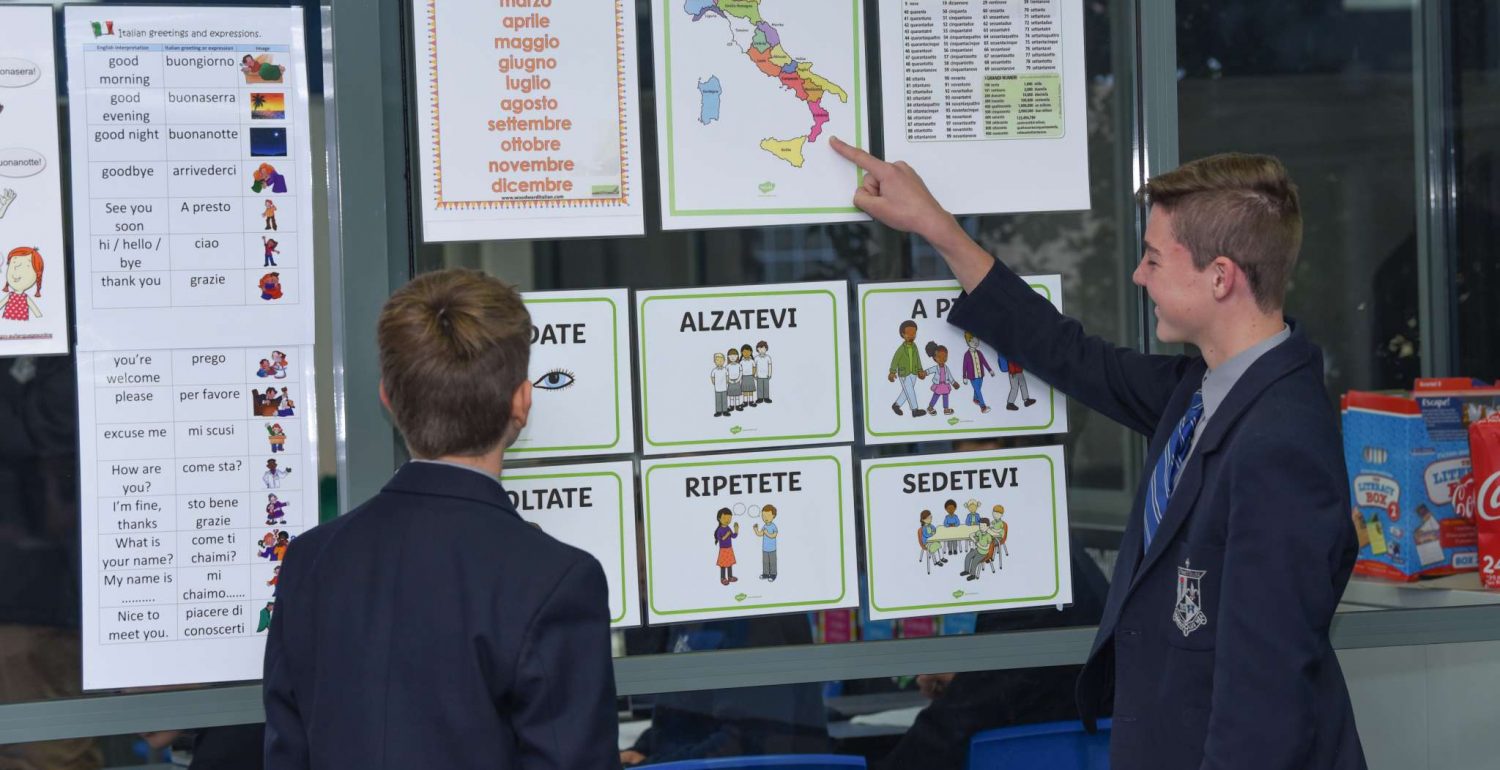 Congratulation to our Languages Students

I am an extremely proud Language Teacher, for what our Stage 5 and 6 Language (Italian and Japanese) students have accomplished over the past week. From Thursday 21st May – Thursday 28th May these students have competed in the inaugural ImmerseMe Games, an international language learning competition which saw 47,500 students from 140 schools compete across 9 languages. Schools competing included those from Australia, New Zealand, UK and  US to name a few. This is three times than the average number of Olympic athletes (14,000) who attend the games. Students were tasked with activities used in authentic situations such as ordering in a restaurant to introducing themselves and upwards to have debates and forming arguments. Students completed this using with speaking or writing in the target language only (No English).

At the start of this I wasn’t sure how the boys would fair and was happy with a top 100 finish, however, what an understatement that was. By the 2nd day we were in the top 10. Hence, I told the boys no less than top 10 and thought we could do this. They challenged that and by the start of day 3 we were top 5 and then by the end of the day we had cracked the top 3!!! Our students then continued to rack up points and challenged any school which came near them. Sunday night, day 4, we had a scare with Bunbury Baptist College in WA challenging us and for about 3 hours there was no more than 500 points difference. We prevailed (just). This week was pedal to the metal as students continued to push. However, on Tuesday we had dropped to 4th. This didn’t last long and on Wednesday we just scrapped past back into 3rd. Then disaster struck… the site went down, activities weren’t loading, points not being counted. Due to the amount of students on, the system overloaded and crashed. We were told for the last 24hrs of the race it would a blind race and just go for it. I couldn’t even see student individual points. Thursday arrives and we kept pushing through. Then when 6pm came we thought yep its over what’s done is done NOPE an extension of 2 hours was granted due to the outage earlier. Damien Doig (yr12) is credited for saving the team at this point as neither myself or Ms Amor knew about this. There was a last minute attempt to get points and then it was left to the leaderboard to be released.

10:30pm the results were released…… 3rd overall and we were excited. However, the story doesn’t end there. Due to the errors earlier during the competition a new leaderboard was released…

When it comes to student success, Below are the amazing results.

Students will receive certificates and prizes as will the school for the achievements which we have achieved with levels of Bronze, Silver, Gold and Laureate, through the organisation. The College has also organised prize packs for students based on their results as well.

This is a MASSIVE and INCREDIBLE thing to happen for the College and for Languages as all these students have put their skills and knowledge to the test and shown how powerful learning a language can be. They have represented themselves, their language, the Languages faculty and the College with pride and never gave up. We may be a small faculty but our students have shown they are a force when they stand together. It’s not often something like this happens and to be part of the history of it will means something special for everyone who was involved.

Special thank you to Denize Amor who has been leading the way with the Japanese students, emailing students, pushing students, competing with me, laughing and crying with me and generally being an amazing support throughout this crazy roller coaster week.

I am so proud to be able to share this mind-blowing achievement by our students, and in particular, for students learning a Language as an elective here at the College.

In the table below are the students who competed, their total number of responses over the week as a class and I have also highlighted in bold, the highest point achiever in the class.

“One language sets you in a corridor for life. Two languages opens every door along the way.”