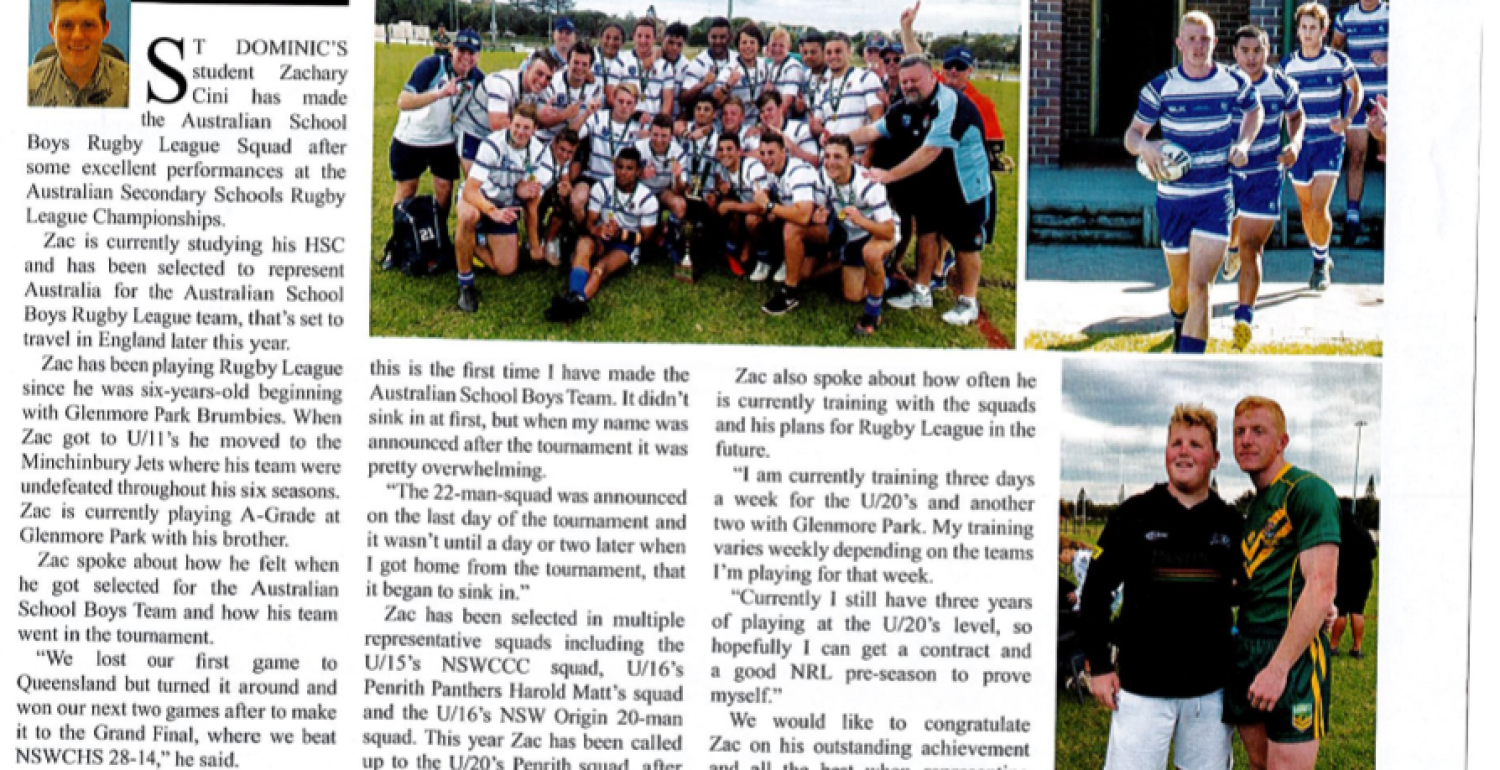 In the first game NSWCCC were defeated by QLD 12-10 with Zac scoring NSWCCC’s first try. In the second game NSWCCC defeated NSWCHS 30-22 with Zac scoring a spectacular try off a kick to his wing. NSWCCC then qualified for the semi finals against NSWCIS with Zac once again starring scoring the match winning try in a 19-12 win for NSWCCC. He was awarded the man of the match for his performance.

We wish Zac continued success in his Rugby League career.

For more on the Australian Schoolboys team check out our Facebook here.