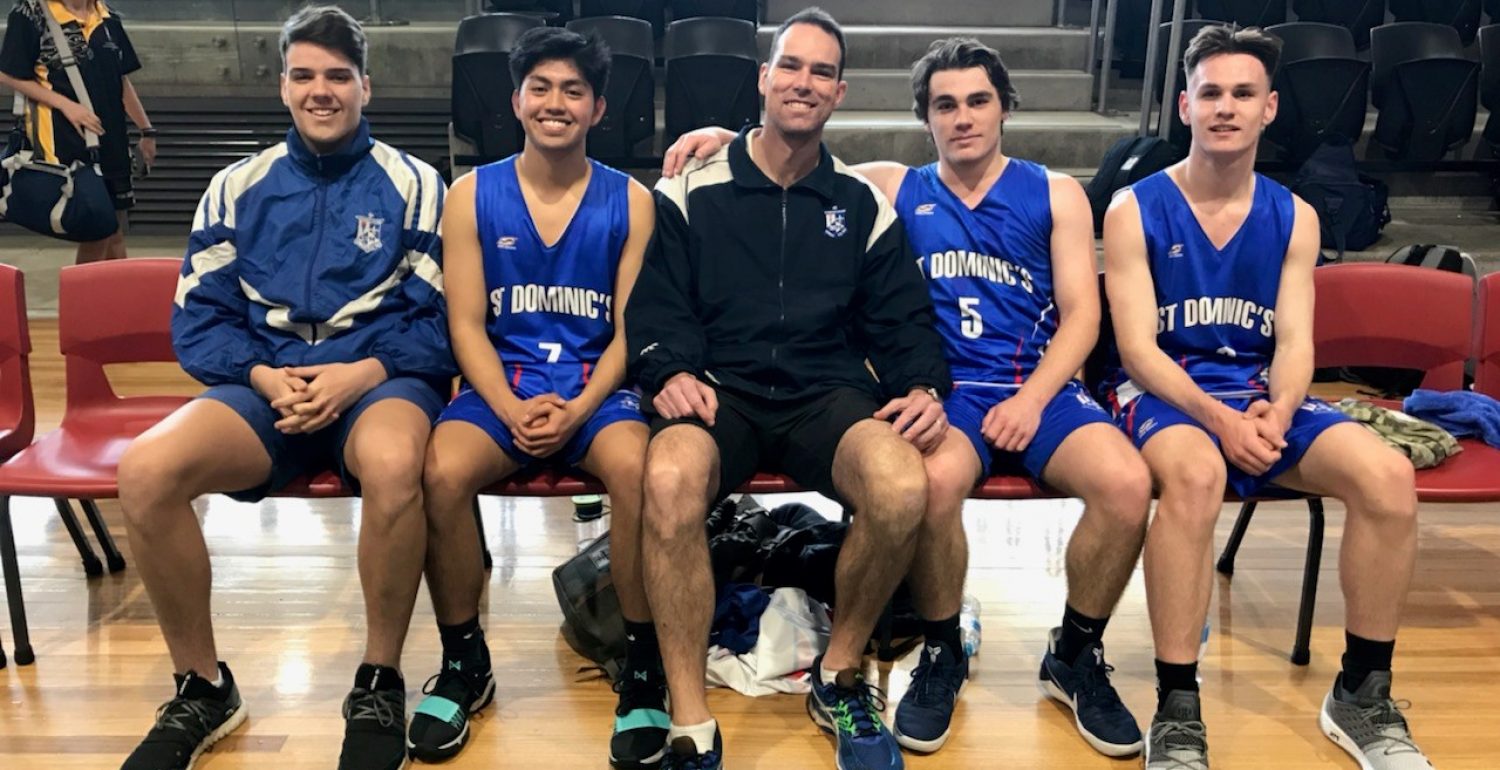 On Monday the 10th of September the Opens Basketball team competed in the NSW Schools Championships at Hills Basketball Stadium. This tournament sees the winner of the CCC State tournament compete against the number one team from CIS and the number 1 and 2 teams from Government Schools.

This year we lined up against Sydney Boys High School in the Semi Final, The same opponent we were able to beat in last years semi. Unfortunately this year we could not replicate the same result. Just before the tournament we lost regular starting players Blair Williams to the United States and Ryan Peterson to injury. Despite competing to the best of our ability, the opposition proved to be too strong on this occasion, running out 24 point winners.

A special mention to our graduating year 12 players who have represented the College for 6 years and have achieved at the highest level: Ryan Peterson, Laurence Bognot, Jacob Zalac and Samuel Pares (pictured).

Thank you to Mr Leon Hine for coaching throughout 2018 and MR Kilbourne for stepping into the role for this tournament. Thank you also to Mrs McCormack for managing at this years tournament.

A program of competitors is attached below: