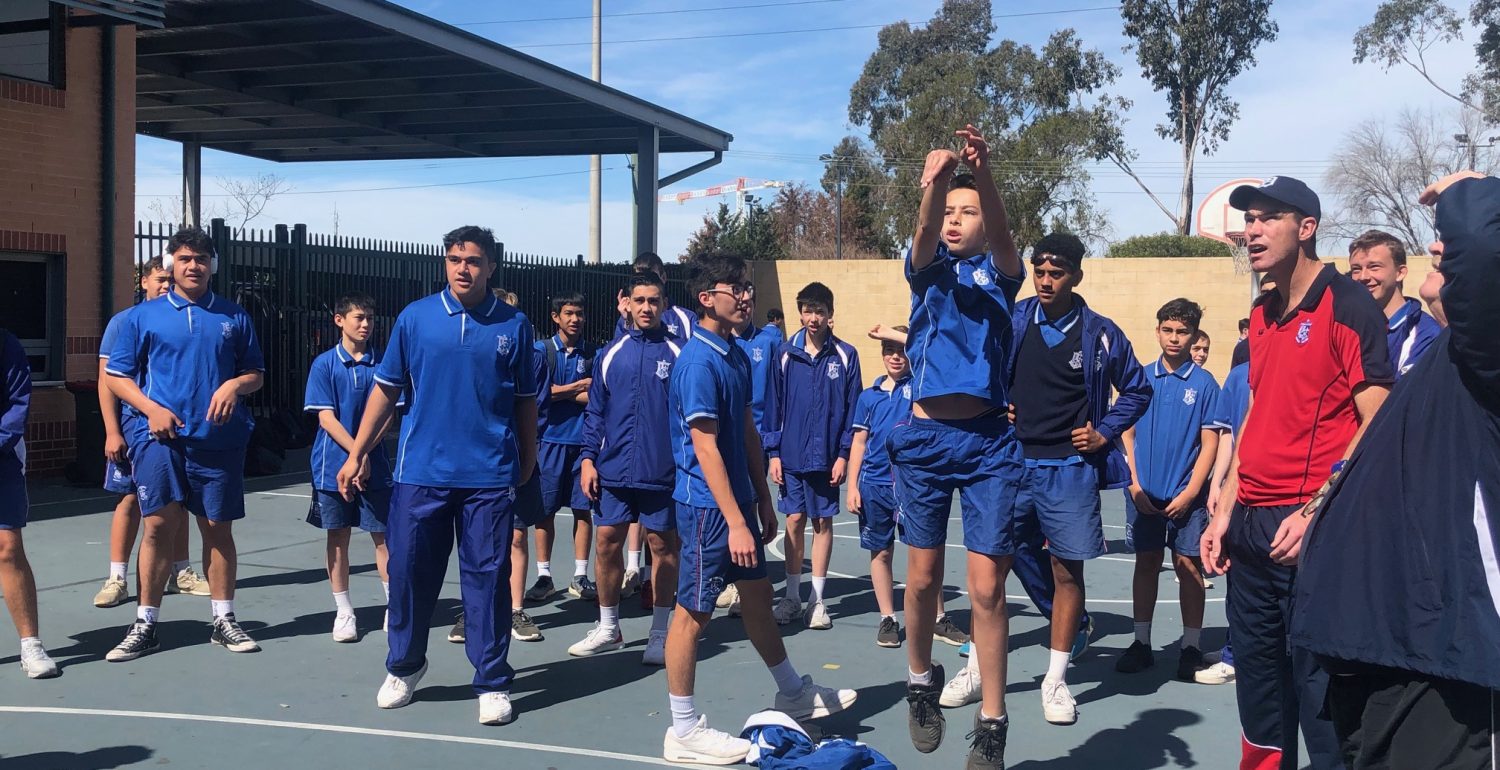 On Thursday, 12th September St.Dominic’s College celebrated National PDHPE Day. Before school there was free fruit for the boys to start the day in a healthy way. Needless to say the large boxes of fruit were all eaten within 15 minutes! Miss Cook also led a ‘Wellness Walk’ for staff and students which was a relaxing and active start to the day for those who took part.

During Homeroom, there was a Sports Quiz ran on Canvas which almost 200 students took part in. Zac Reynolds of Year 7 and Mr.Ahern were declared winners after scoring a near perfect 19/20.

At recess on Field 2, there was a Cricket catching competition ran by Mr.Kennedy-Gould. With so many great cricketers at the College we had 10 students make the final which will be played tomorrow at recess. Special mention to Mr.Rawding the 1st XI cricket coach who took some great catches in the outfield.

On Field 1 there was a Rugby League Crossbar challenge ran by Mr.Peake and Mr.Churchill. Once again the competition was intense with almost 50 competitors taking part. Liam Ison and Dylan McPherson of Year 9 prevailed to be crowned crossbar challenge champions for 2019!

Also at recess, there was a Basketball Shooting Competition on the Basketball Courts ran by Mr.Kilbourne and Miss Cook. With a big crowd watching on there was a lot of hype on the final which Caleb Erazio of Year 11 won.

Thanks to the students and PDHPE faculty for a great National PDHPE Day!