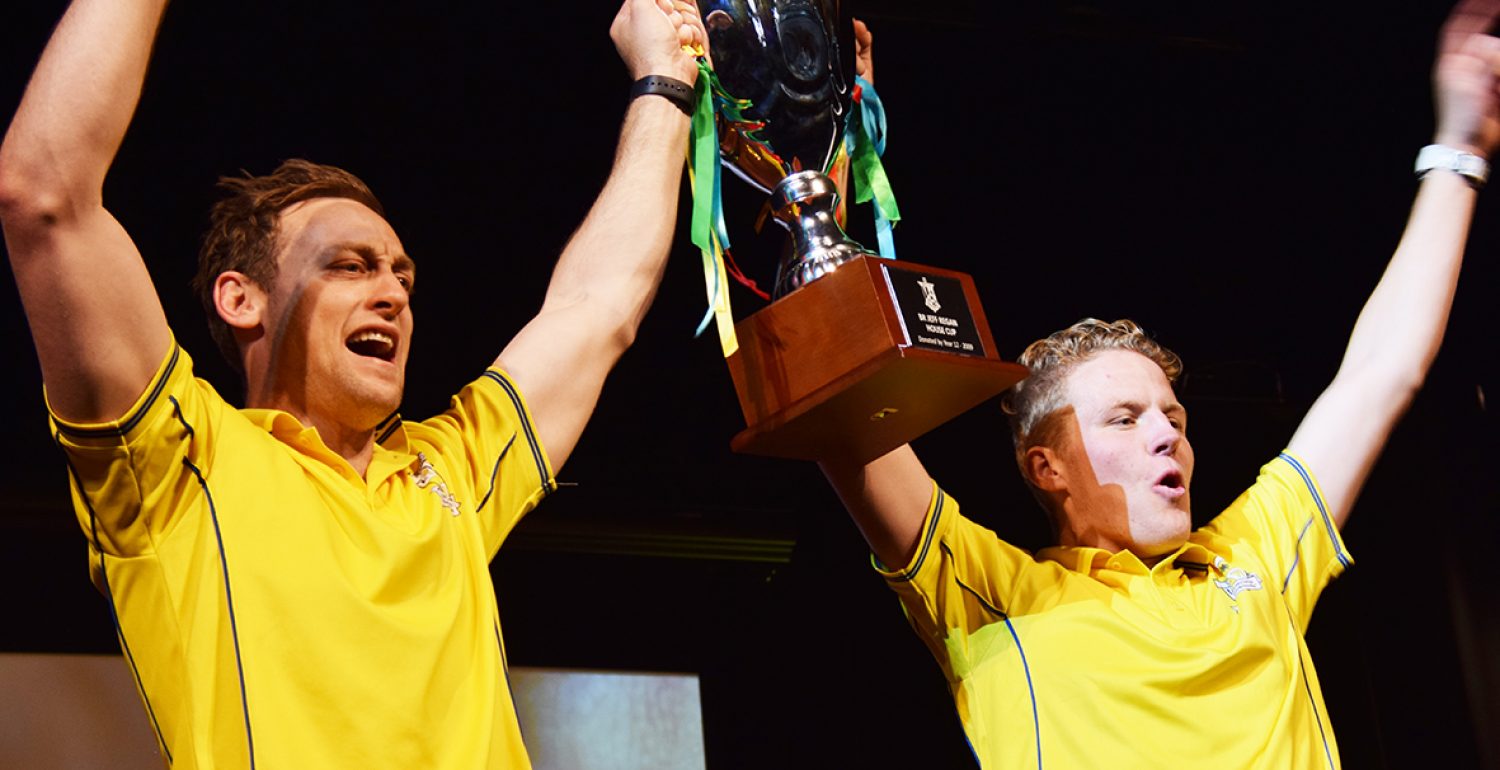 St. Dominic’s College held its annual ‘Dommies Day’ event on Friday, 13 September. A day where staff and students revel in the brilliance of our ‘Inclusive Community’. The celebration focuses on our College House Competition and announcement of the Br. Jeff Regan House Cup.

Dommies Day commenced with the annual Dommies Day Assembly. The assembly showcased the thriving talent, both from students and teachers, within our College community. The day began with an amazing singing prayer ‘The Lord Is Our Light’ from a mixture of students from the College.

In its second year running, the ‘DomsFest’ short film competition again witnessed outstanding entries. The 2019 theme was ‘Diamond or 60’ with the winning film, a sequel from last year’s entry and collaboration with Mr Godsell and Year 10 students. We are all eagerly awaiting Episode III next year.

2014 it began and it was time it was brought back! St Dominic’s College has never seen a Scissors Paper Rock Challenge like this. The Br. Warner Hall was transformed into an electrifying battle ground as students rose to the occasion to cheer on the challengers. There could only be one victor though, and Lovish Sethi of Year 12 was once again victorious!

The ‘Dommies Lip Sync Battle’ had three talented acts. Our Polynesian students opened the battle with an energetic and emotional Haka.

Following on from this, we witnessed an epic display through the ages from the Shankar Boys who took out the title of Lip Sync Champions over the incredibly talented and seasoned staff performance. We thank and congratulate all participants.

The Br. Jeff Regan House Cup winners were announced, with Tench taking the title for 2018/2019. Congratulations to Tench, but also Mr Zammit (Tench House Coordinator) and Odin Brown (Tench House Captain). All students across the College should be proud of contributing throughout many areas including; academic, sporting, social justice and cocurricular activities.

The remainder of the day was a jam packed fun filled schedule of games and activities, including Futsal, Handball, Ninja Warrior, Kick Tennis, Tug O War and inflatables Activities!

Students enjoyed a BBQ or Pizza Lunch with their House groups and concluded the day with the launch of the House Warcrys, which Dharuk House Won! Followed by Year 11 vs Year 12 Prefect’s Oz Tag game. Year 12 Prefects dominated the game and were too strong in the end.

We were truly blessed with outstanding positive attitudes from both staff and students on the day. It was great to see so many happy smiling faces throughout the day.