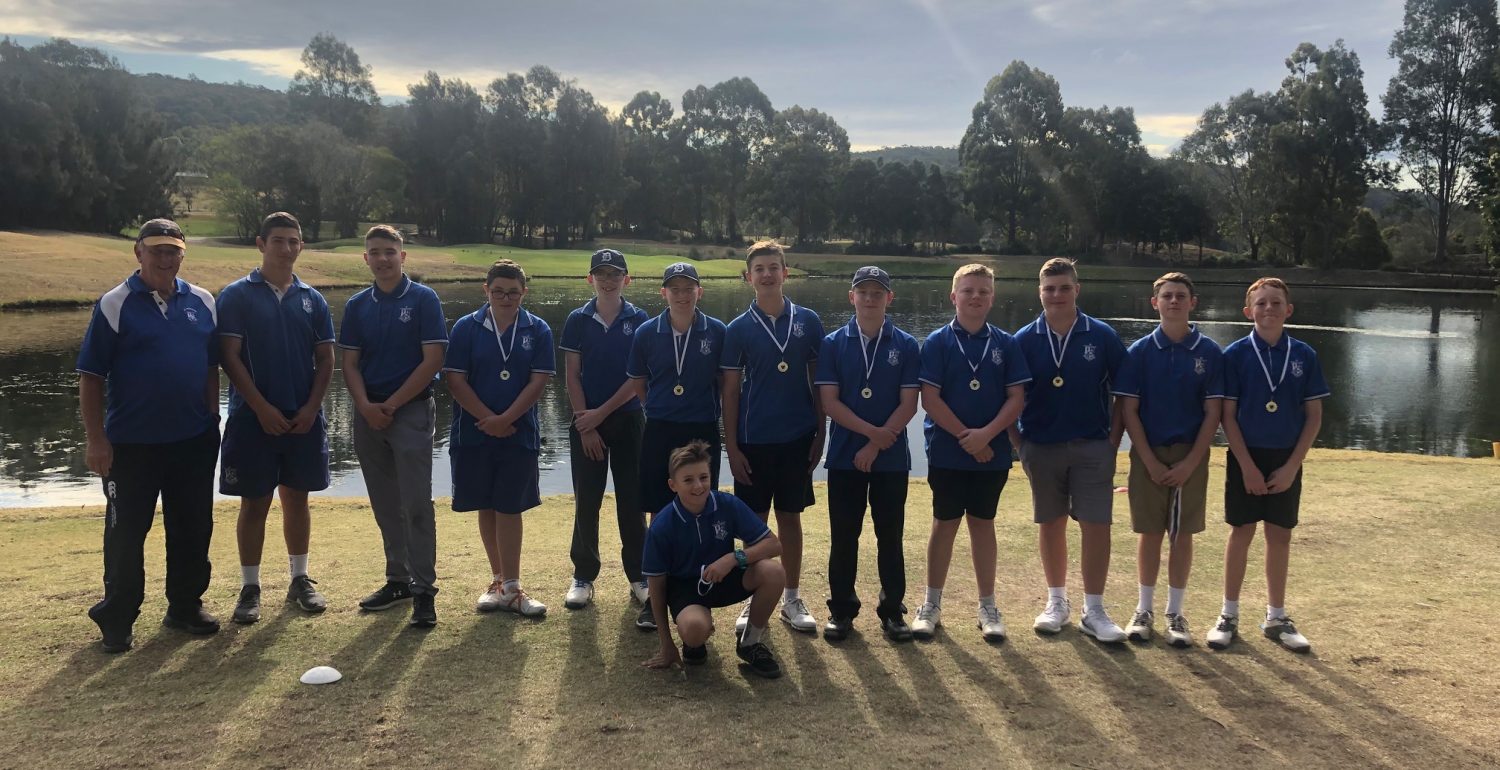 On Thursday, 5th September 14 boys from the College competed in the annual MCS (Metropolitan Catholic Schools) Golf Day, which was conducted at the Glenmore Heritage Golf Course.

The day proved to be very successful with the school winning three individual age championships and three age divisions.

Under 15’s – Coby Carruthers (playing up an age group) finishing with a birdie to win on a countback, with a 3 over par score of 75.

Our winning age group members were as follows :

Other members of the team were as follows :-

Congratulations to all the members of the team for the way in which they represented the College on the day.

Special mention must go to our Year 12 member, Jayke Searle on what was to be his final College sports representation.