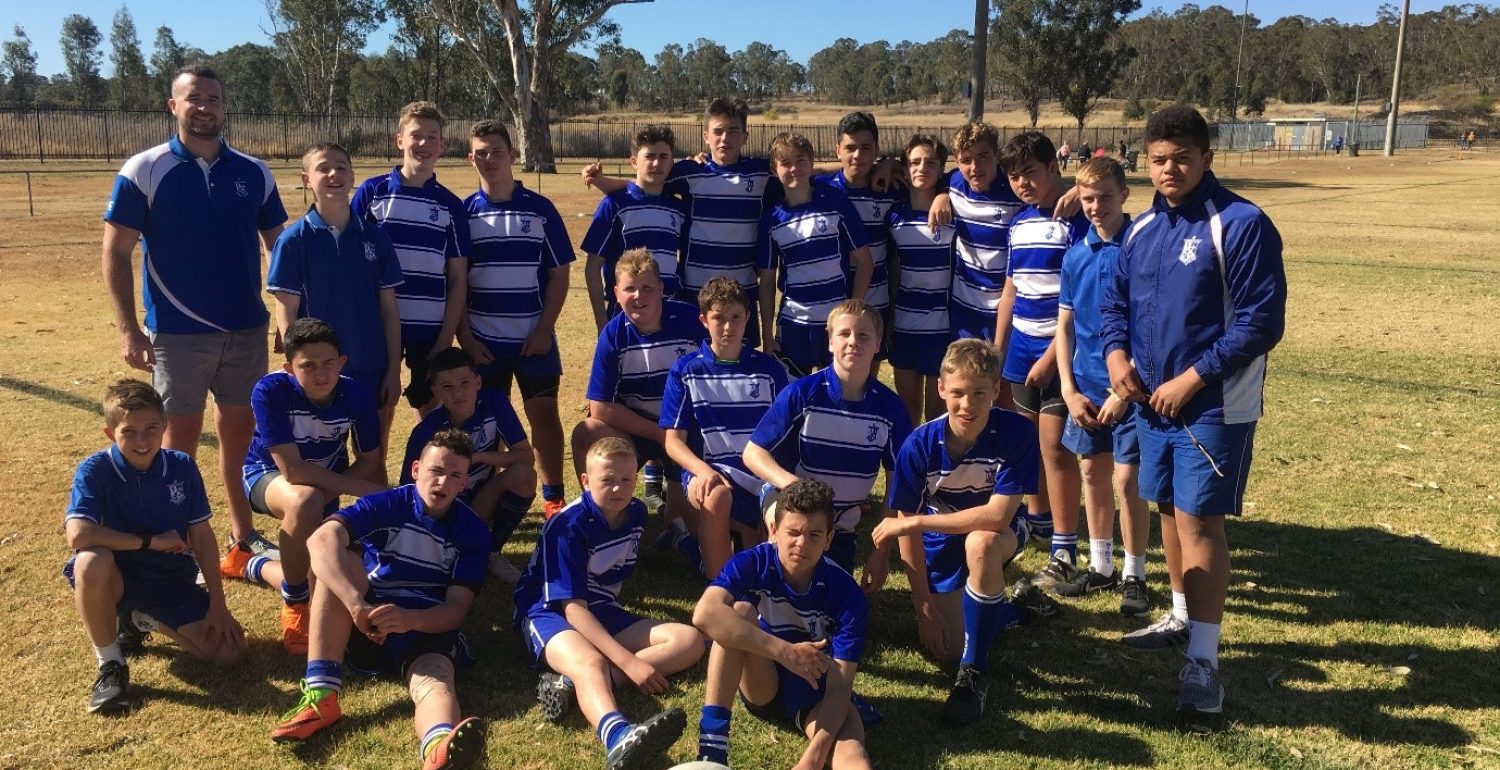 We played Endeavour Sports High, Caringbah in our first game. It was tough and a strong defensive game from both teams. In the end we kicked a penalty goal to have a 2-0 victory.

Our 2nd game was against a much bigger opposition from Hill Sports High, Seven Hills. In this game we were outclassed and went down 18-0. Wen went into the 3rd game knowing if we could beat Hunter Sports High we would make the semi-finals. In a tough game we came away with a 10-6 victory.

This put us into a semi-final against Westfields Sport High, Fairfield. We weren’t in the greatest shape carrying many injuries from the hard games earlier in the day. Unfortunately, we were out-muscled by an extremely bigger team and went down 14-0.

Our day was over, but we were proud of the fact that we finished in the top 4 of the State’s Elite Rugby League teams and were the highest ranked non-sporting specialist school in the state.