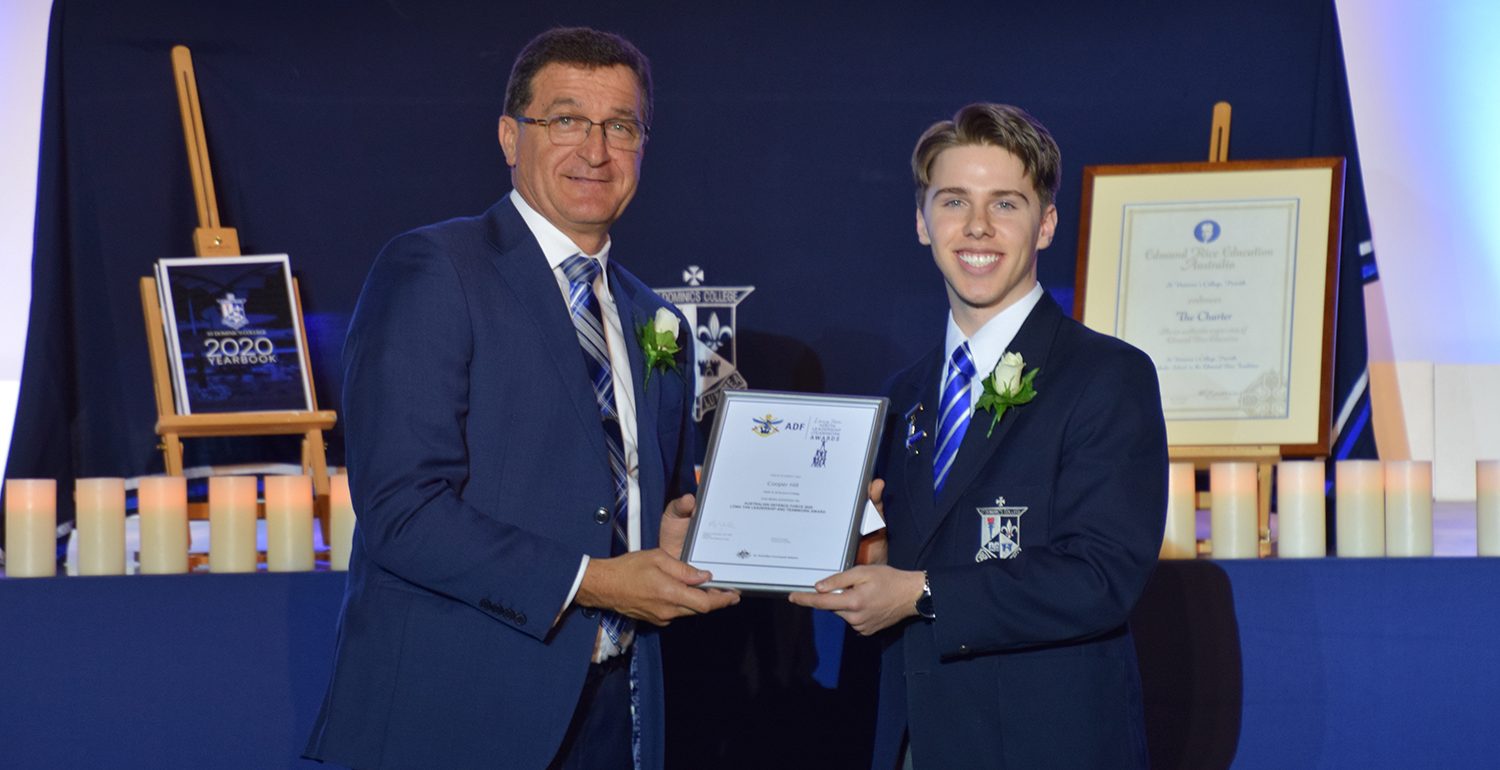 Congratulations to our class of 2020 Major Award Winners

Congratulations to our Major Award Winners who were presented at the Graduation  on Wednesday 23rd September, 2020.

This award began in 2006, awarded to students who demonstrate leadership and teamwork in both their school and their local community.

It recognises those recipients who display strong values such as doing one’s best, respect for others

and mateship, characteristics that are integral to Australia society.

This year’s recipient has excelled as a member of many small groups within the College, working on

projects collaboratively to ensure that all students are heard, valued and respected.

The ‘Bishop of Parramatta Award for Student Excellence’ for 2020 is awarded to a  Year 12  student in each Catholic school in the Parramatta Diocese.

The award seeks to recognise outstanding young people who are witnesses to their faith and achieve well in their academic,

Recognises a student/s who has made a commitment to St Dominic’s sport over their 6 years enrolled at the College.

The criteria for the Award are:

Contributing to the College sports program in a non-playing capacity

Willingness to encourage, lead and provide example to others through performance, encouragement and participation.

Sportsman of the Year

Presented annually to a Year 12 student to recognise the most outstanding athlete within the graduating group.

The award focuses on student sporting achievements during their senior education (Years 11 and 12) and is judged by the following criteria:

Representation of the College in a range of sports

Representation at higher levels including MCS, NSWCCC, NSW All Schools and Australian

Edmund Rice Award for Service to the College Community

outstanding Christian service in our community & beyond.

to the liturgical life of the College as well as excellence in other areas such as Social Justice, Prayer and Catechesis.

The recipient of this award has clearly demonstrated the EREA touchstones:

and values of Christianity upon which our community is based.

St Dominic’s College has a broad range of leaders, which means there are many students

to be considered for this Award. We see students who lead in the classroom,

on a sporting field and in the area of social justice within the community.

Not to be confused with the title of College Dux – which is awarded once the ATAR’s have been received; this award is calculated using a points

system based upon the student’s rankings in across the suite of HSC courses studied.

The recipient of this award is to be commended, especially throughout this year due to the enforcement of online learning

where he continually displayed an exemplary work ethic, positive attitude, resilience and exceptional

application to his studies which have obviously led to outstanding results thus far. We have already witnessed this

level of commitment this evening as he has been awarded first in course for five out of his six courses studied.

For outstanding commitment and achievement in the areas of study, leadership and

co-curricular activities of the College.